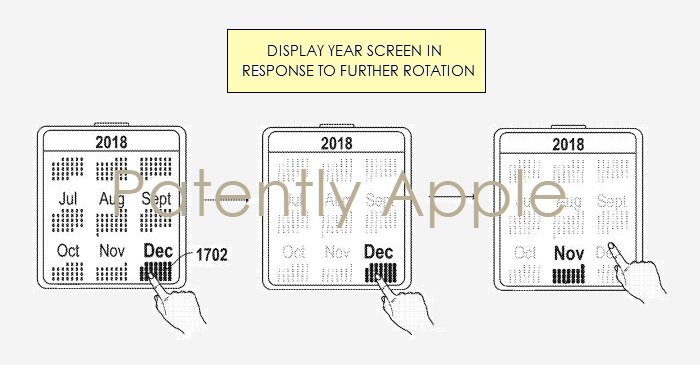 Roaming the net earlier today I found a few Apple fans hoping to see the Apple Watch calendar functionality expand so as to show users a yearly calendar view at some point in time. A patent published this week provides us with just that, an expanded calendar view of day, month and year using the digital crown. While you can't actually see 12 months in one glance, you'll be able to see 6 months in a first window and 6 months in a second window by simply rotating the crown.

In some embodiments, the current day is emphasized within a circle such as in affordance #614; in patent FIG. 7, the user interface screens provide a sequence on Apple Watch of day screen (#708), to month screen (#709), and to year screen (#710). 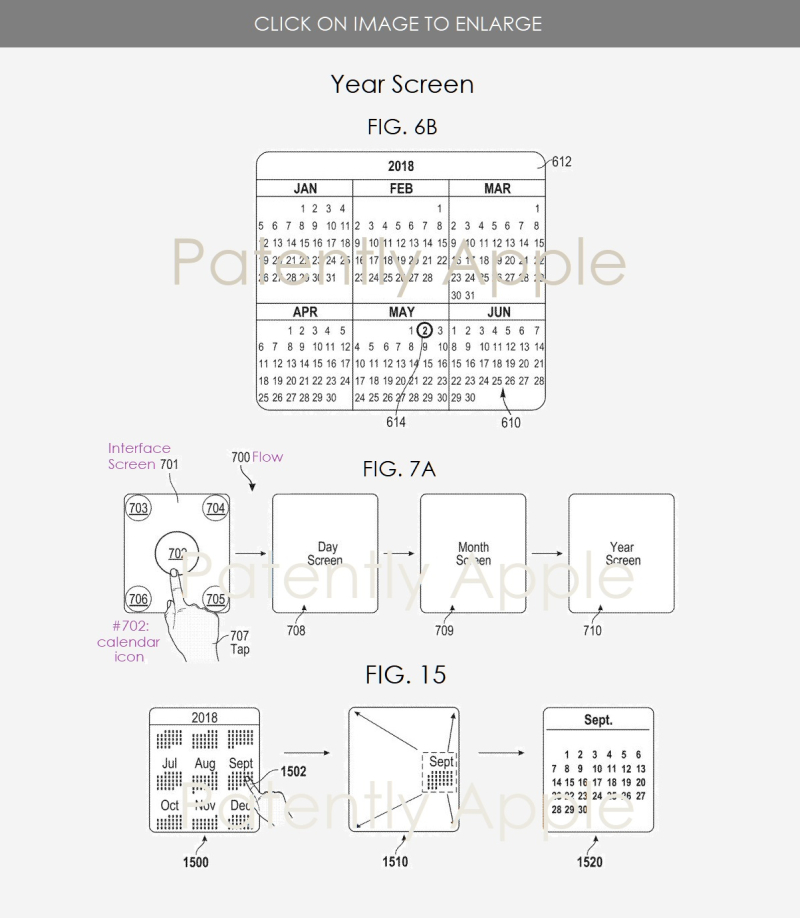 In Apple's patent FIG. 15 above we're able to see an illustration of an exemplary transition between the year and month screens.

Apple's patent FIG. 17 below illustrates another exemplary transition between the year and month screens in some embodiments of the calendar application. 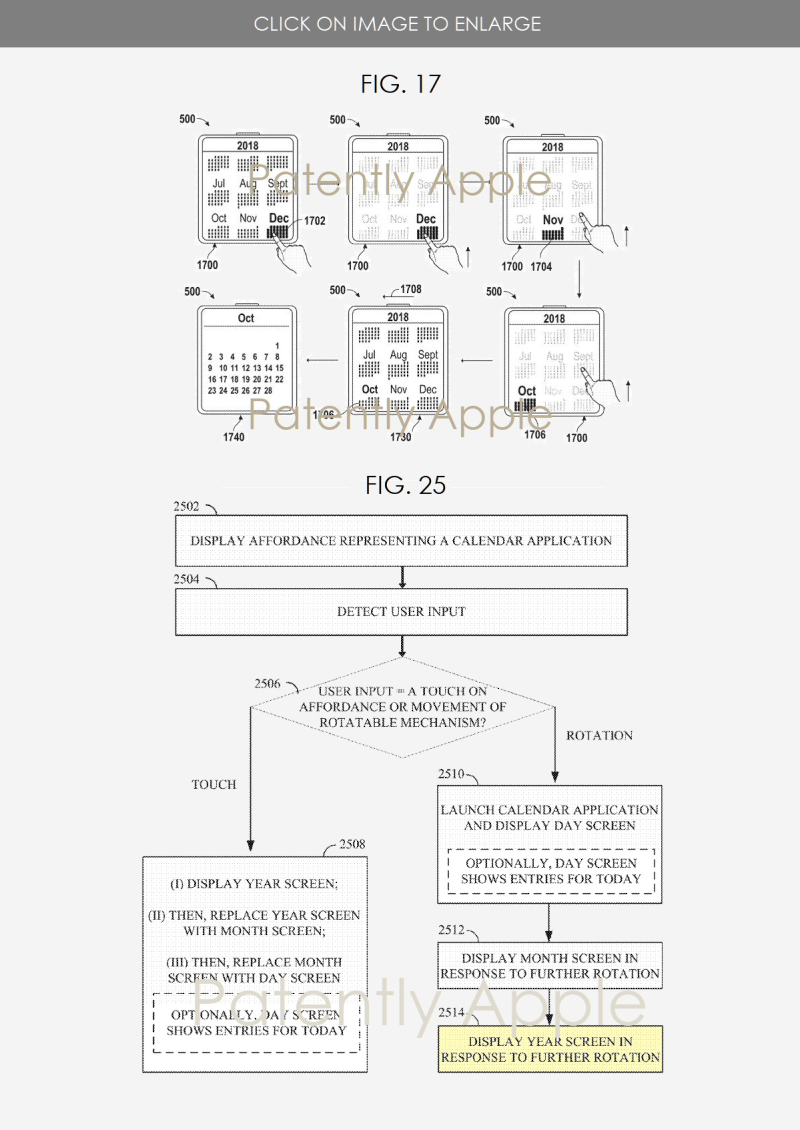 Apple's patent FIG. 25 above is a flow chart illustrating a process for displaying user interface screens for a calendar application that includes a year screen.

Apple's patent application that was published this week by the U.S. Patent Office was originally filed back on February 1, 2019. Considering that this is a patent application, the timing of such a product to market is unknown at this time.