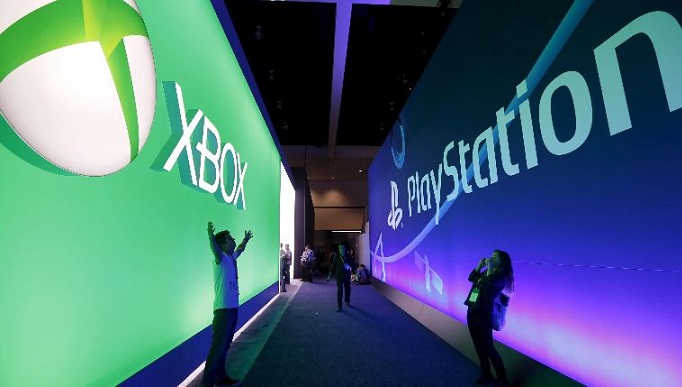 On March 19 Patently Apple posted a report titled "Google Just Killed Console Gaming in the Blink of an Eye and it puts a lot of Pressure on Next Week's Apple's Event." It was a surprise to see the extent Google had gone for this new service. They even introduced a new Stadia game controller. Being cross-platform, Apple iOS, macOS, Windows and Android/Chrome devices will be able to play top tier games online without requiring a new console. Then on March 25 Apple introduced Apple Arcade with 100 new exclusive games coming to iOS and macOS.

Video gaming as we know it to be is about to change and the console game leaders had to do something to stay relevant. So today Sony and Microsoft jointly announced that the two companies will partner on new innovations to enhance customer experiences in their direct-to-consumer entertainment platforms and AI solutions.

Under the memorandum of understanding signed by the parties, the two companies will explore joint development of future cloud solutions in Microsoft Azure to support their respective game and content-streaming services.

In addition, the two companies will explore the use of current Microsoft Azure datacenter-based solutions for Sony’s game and content-streaming services. By working together, the companies aim to deliver more enhanced entertainment experiences for their worldwide customers. These efforts will also include building better development platforms for the content creator community.

As part of the memorandum of understanding, Sony and Microsoft will also explore collaboration in the areas of semiconductors and AI. For semiconductors, this includes potential joint development of new intelligent image sensor solutions. By integrating Sony’s cutting-edge image sensors with Microsoft’s Azure AI technology in a hybrid manner across cloud and edge, as well as solutions that leverage Sony’s semiconductors and Microsoft cloud technology, the companies aim to provide enhanced capabilities for enterprise customers. In terms of AI, the parties will explore incorporation of Microsoft’s advanced AI platform and tools in Sony consumer products, to provide highly intuitive and user-friendly AI experiences.

Kenichiro Yoshida, president and CEO of Sony: "Sony is a creative entertainment company with a solid foundation of technology. We collaborate closely with a multitude of content creators that capture the imagination of people around the world, and through our cutting-edge technology, we provide the tools to bring their dreams and vision to reality. PlayStation itself came about through the integration of creativity and technology. Our mission is to seamlessly evolve this platform as one that continues to deliver the best and most immersive entertainment experiences, together with a cloud environment that ensures the best possible experience, anytime, anywhere.

For many years, Microsoft has been a key business partner for us, though of course the two companies have also been competing in some areas. I believe that our joint development of future cloud solutions will contribute greatly to the advancement of interactive content. Additionally, I hope that in the areas of semiconductors and AI, leveraging each company’s cutting-edge technology in a mutually complementary way will lead to the creation of new value for society." 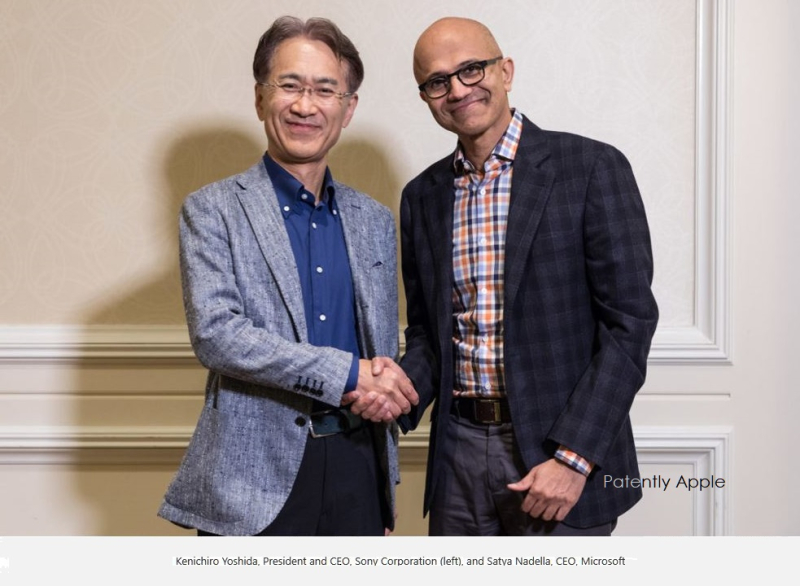 Satya Nadella, CEO of Microsoft: "Sony has always been a leader in both entertainment and technology, and the collaboration we announced today builds on this history of innovation. Our partnership brings the power of Azure and Azure AI to Sony to deliver new gaming and entertainment experiences for customers. Going forward, the two companies will share additional information when available."

It would seem that Microsoft and Sony got caught off-guard with the back-to-back gaming platform announcements from Apple and Google and especially Google's cross-platform killer solution for developers. True cross-platform capabilities built-into Stadia is the Holy Grail for gaming developers. Create one new Game and have it play on the widest range of devices on the market today from smartphones to tablets to notebooks to desktops, on iOS, macOS, Windows and Android simply using the Chrome browser. Being able to deliver 4K gaming even on low level devices without crazy high-end graphic cards will be a game changer.

At present we know that Apple has 100 exclusive games for Arcade this fall. Google has said that it will reveal more about their Stadia service, pricing and games for the holiday season.

At the moment Stadia has the support from Eidos Montreal and id Software with a new Doom game coming to Stadia. Gaming could get really interesting this fall.

The E3 gaming event will take place in Los Angeles June 11-13 and we could count Google, Microsoft and Sony to be out in full swing to promote their new online platforms.

Being that Apple is working with Samsung on Apple TV, it may later announce Arcade gaming for Apple TV, but we'll have to wait to see if that's on Apple's roadmap for 2019.