With Apple Arcade on the way, Apple Refreshes their iPod touch Line-Up with the A10 Fusion Chip to Boost Gaming Performance 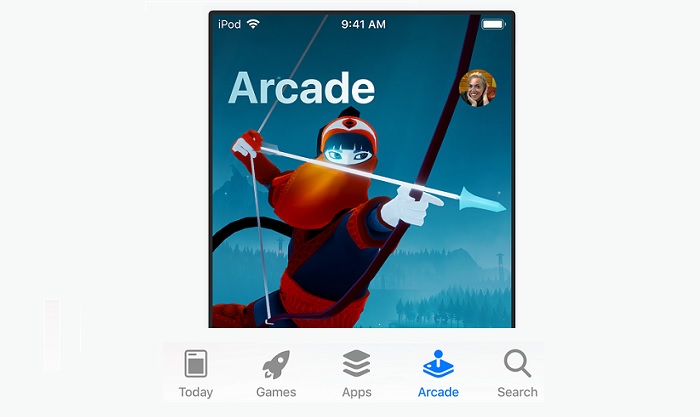 With Apple preparing to launch their major new Arcade gaming service this fall, it's no surprise that Apple has updated their iPod touch in time to get as many devices as possible buying into subscriptions. Apple even updated key parts of the iPod touch to ensure that the gaming experience was greatly enhanced.

Today Apple officially ntroduced the new iPod touch with enhancements to power, capability and communication at a remarkable price. The Apple-designed A10 Fusion chip brings improved performance in games, and for the first time on iPod, immersive augmented reality (AR) experiences and Group FaceTime, making it easy to chat with family members, friends or colleagues simultaneously.

The new iPod touch is available to order on apple.com and in the Apple Store app starting today and in stores later this week.

Greg Joswiak, Apple’s vice president of Product Marketing: "We’re making the most affordable iOS device even better with performance that is twice as fast as before, Group FaceTime and augmented reality starting at just $199. The ultra-thin and lightweight design of iPod touch has always made it ideal for enjoying games, music and so much more wherever you go." 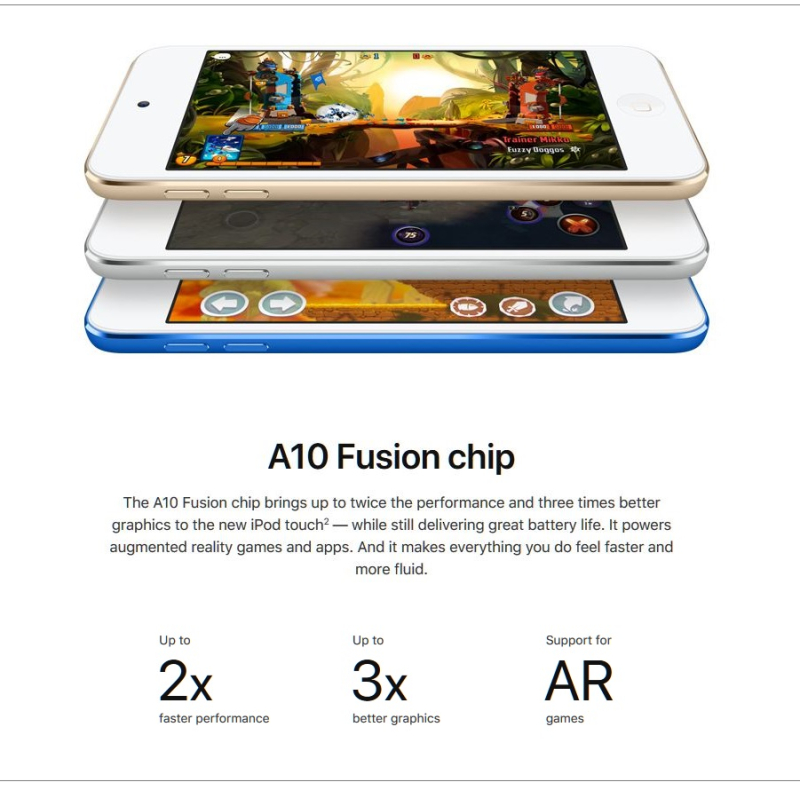 Apple further noted that the updated iPod touch comes in a new 256GB capacity, giving plenty of space to download music for offline listening through Apple Music or the iTunes Store. With Apple Music, subscribers can access a catalog of over 50 million songs, thousands of playlists, Beats 1 Radio and daily editorial selections from the world’s best music experts. Subscribers can create their own playlists, watch music videos, listen to exclusive Beats 1 shows from their favorite artists on demand and share music with their friends. Now available in over 100 countries, Apple Music offers the most comprehensive music experience ever.

iOS is the world’s largest gaming platform, and with three times faster graphics, games on the new iPod touch run even smoother and look even more beautiful. This fall gamers can look forward to Apple Arcade, a game subscription service with over 100 new and exclusive games with no ads or additional purchases, and the ability to download games for offline play. Apple Arcade is the perfect complement to the already enormously popular catalog of free games on the App Store. 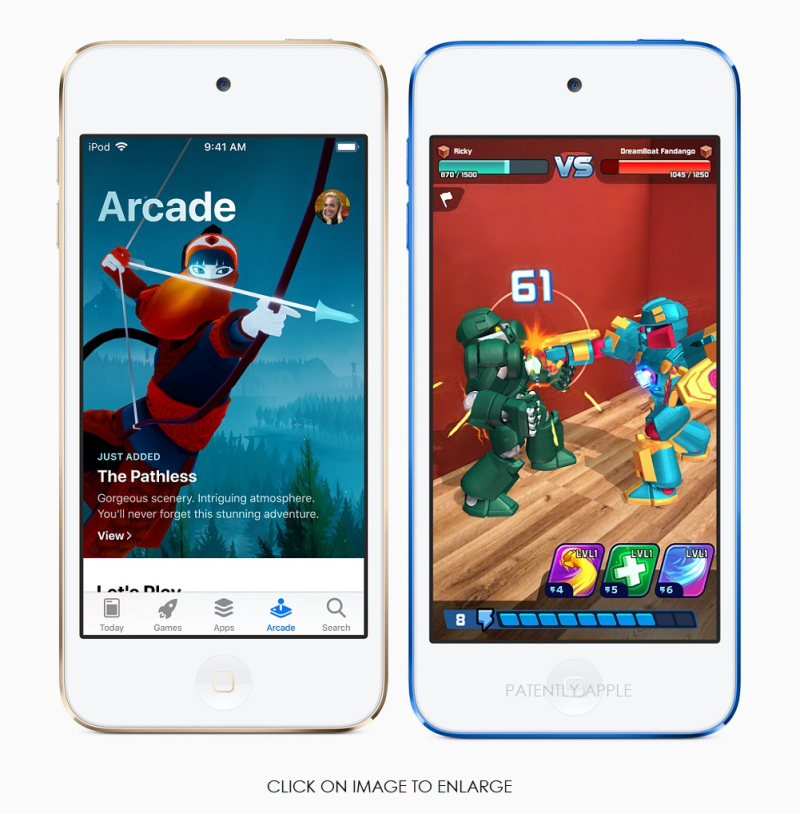 The new iPod touch also provides fun and productive AR experiences across gaming, education and web browsing. AR is even more engaging and immersive with the new capabilities of shared AR, persistent AR, which is tied to a specific location, and image detection, making it possible for the new iPod touch to magically bring to life 3D objects like toys and sculptures.