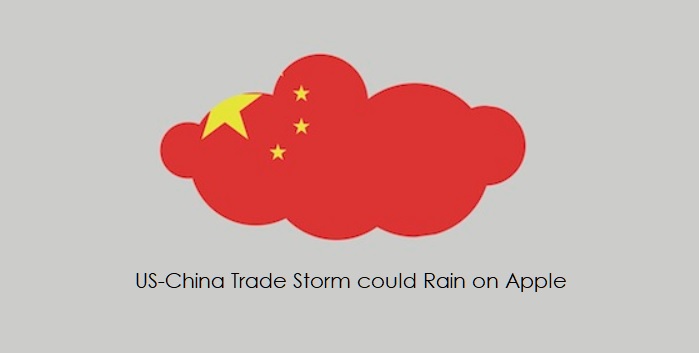 On Friday Patently Apple posted a report titled "U.S. Raising Tariff's on China Could Reverse Apple's Positive Position on China's Consumer Confidence." Today this is being echoed in a new CNBC report. Bernstein's Toni Sacconaghi weighed in on Apple caught in the US-China trade war and paints a rather tough situation Apple could be in.

The CNBC report also noted that long time Apple supporter Morgan Stanley analyst Katy Huberty wrote in a note to clients last week that they estimate that a 25% tariff on the iPhone could lead to a price increase of $160 for the iPhone XS. Or Apple could eat the tax, which could lead to a 23% decrease in earnings per share in 2020.

In addition, Huberty noted that “Apple has one of the most significant exposures to Chinese exports to the US in our IT Hardware coverage group, given final assembly for many of its consumer electronic devices is located in China, and given the reliance on China’s established, low-cost labor force and expertise in manufacturing/tooling, a large-scale move out of the country would not only be costly, but could take multiple years to complete, potentially raising the odds of execution risk, in our view."

The report further noted that the Trump administration plans to unveil its list for the next round of Chinese imports to face Trump tariffs. So far, the Apple iPhone, iPad and Apple Watch have dodged a bullet. Although analysts seem to be worred that Apple won't be able to escape this next round of tariffs, only time will tell.