The DOJ Requests a Hearing with Judge Koh to Ensure a Judgement against Qualcomm doesn't Hinder U.S. in Fight for 5G 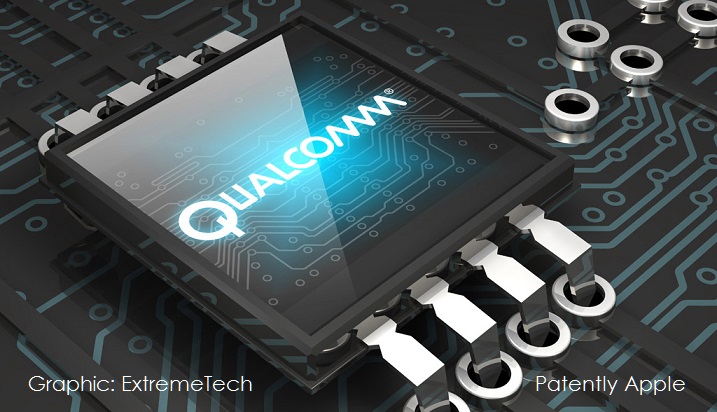 In January 2017 Patently Apple posted a report titled "The U.S. Fair Trade Commission Sues Qualcomm for Forcing Apple to use its Chips in iDevices." Late today the U.S. Department of Justice’s antitrust division asked a federal judge on Thursday to hold a hearing on any possible remedies to be imposed if mobile chip supplier Qualcomm Inc. is found liable in an antitrust lawsuit brought by the U.S. Federal Trade Commission, according to Reuters. A decision in the case is due soon.

The Justice Department’s filing asked Judge Lucy Koh of the U.S. District Court of the Northern District of California to hold a hearing on any possible remedies if she finds Qualcomm liable for antitrust violations and argued that "a remedy should work as little injury as possible to other public policies," according to the filing.

The Justice Department said that any penalties Judge Koh might impose should not hamper the market for 5G, the next generation of mobile networks that are expected to be up to 100 times faster than current networks. The United States, China and Korea will roll out those networks this year and next, and Qualcomm makes so-called modem chips that allow smart phones and other devices to connect to those networks.

The Justice Department wrote: "There is a plausible prospect that an overly broad remedy in this case could reduce competition and innovation in markets for 5G technology and downstream applications that rely on that technology. Such an outcome could exceed the appropriate scope of an equitable antitrust remedy. Moreover, it has the distinct potential to harm rather than help competition."

The FTC sued Qualcomm more than two years ago over allegations the company used anticompetitive patent licensing practices to maintain a monopoly on the market for premium modem chips.

The claims in the case mirrored similar antitrust claims made by iPhone maker Apple Inc. The two sides settled during opening arguments at the trial between Apple and Qualcomm.