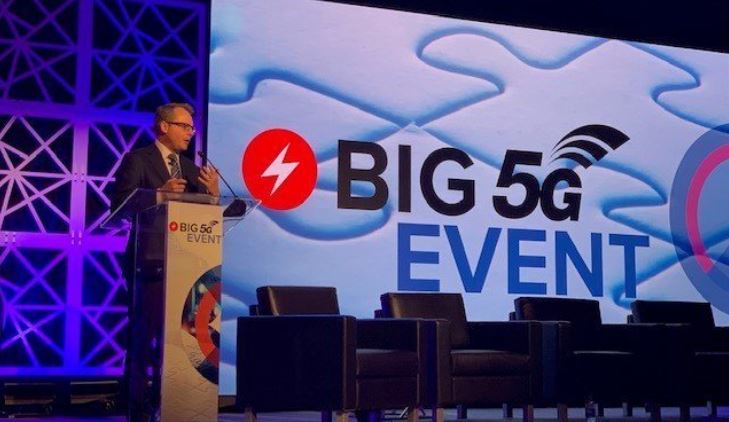 Analytical firm Counterpoint attended the 'Big 5G Event' in Colorado last week and hearing from the major players within the 5G ecosystem, Counterpoint noted that it was easy to be overcome by the hype and promises of 5G. When talking one-on-one with the major players within the ecosystem, it became clearer that the real benefits to society and the ecosystem are years down the road. Enhanced mobile broadband and fixed wireless service are the key selling points initially. The new, revolutionary applications requiring high through-put and ultra-low latency will not be standards frozen until release 16 – some time mid-2020, when Apple is likely to release their first 5G iPhone.

Below you'll find key points that were made from U.S. major wireless carriers and more.

Other Key Takeaways from the Event

Verizon’s Nicki Palmer summed it up during her keynote at the Big 5G Event. She believes that within the next three years, connected devices could reach three times the world’s population. The reality is that today’s 4G LTE networks can’t scale to support that onslaught of connectivity, and 5G can. This is what justifies the hype about 5G at the moment within the industry.

The big unknowns for consumers is how will upcoming gaming services from Apple's Arcade or Google's Stadia benefit from the higher speeds. Google mentioned delivering 4K quality live streaming right out of the gate in 2019 with 8K gaming coming over time.

Apple may at some point in time offer VR gaming which will require 5G speeds as will other consumer video services like live music concerts or sporting events.

For now, the Big 5G Event wasn't about killer apps, it was still about the nuts and bolts of getting the service to market. The big hype from Qualcomm, Samsung and Huawei about 5G smartphones is really just that at the moment: hype.

Unless there's a killer app to arise later in 2019, Apple being late to the party won't be seen as a miss. Then again, the year is young and no one knows if a killer app or service is just around the corner.

In a Korean tech report today we learn that regional telecom giants gathered in South Korea today to discuss their business plans related to the 5G cellular network, as they seek to figure out ways to leverage it in various industries.

The companies -- including AT&T, China Telecom and KDDI, and various telcos from the US, China, Japan and the Asia-Pacific region -- gathered in South Korea’s resort island of Jeju to attend the Pacific Partner Meeting, hosted by Korea’s KT.

The participants are expected to discuss viable business models based on the 5G network. Among them are how to incorporate artificial intelligence technology and expand international data infrastructure.