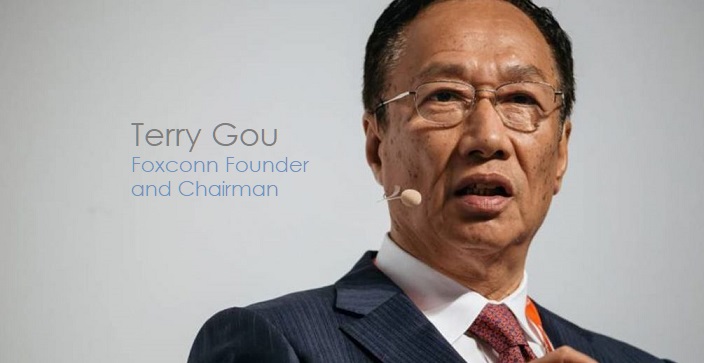 It was reported late Thursday that Foxconn Chairman Terry Gou met Donald Trump on Wednesday at the White House, reassuring the U.S. president that his company's massive investment in Wisconsin remains unchanged.

"It is not right to say our investment in Wisconsin has changed," Gou said in a video broadcast by Taiwan media. "We suspended the work around October, November last year because the weather there was snowy and icy cold. We will continue our work in May when the weather gets warmer," Gou said to a group of Taiwanese journalists in Washington after his Oval Office meeting with Trump.

White House Press Secretary Sarah Sanders confirmed on Thursday that "Mr. Gou is spending a lot of money in Wisconsin and soon will announce even more investment there."

Gou said that he has invited the president to visit Wisconsin when the production line opens in May 2020. For more on this, read the full Nikkei Asian Review report here.