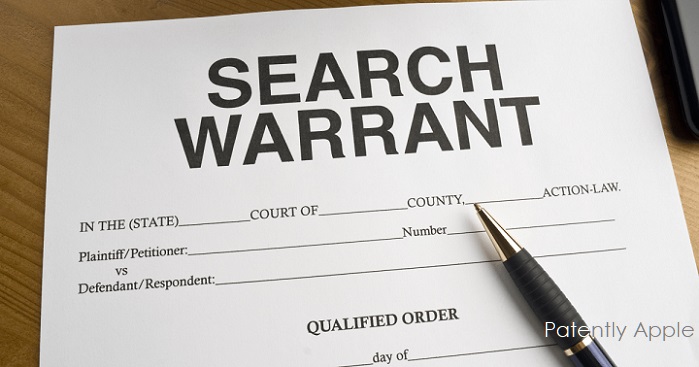 A new report by Law360, that came to light late last month by the Sophos news site called Naked Security, reveals that Massachusetts federal district judge Judith Dein gave agents from the Bureau of Alcohol, Tobacco, Firearms and Explosives (ATF) the right to press a suspect’s fingers on any iPhone found in his apartment in Cambridge that law enforcement believes that he’s used, in order to unlock the devices with iPhone Touch ID.

The ATF agent wrote in the requested warrant that "The suspect, Robert Brito-Pina, is suspected of gun trafficking. He’s a convict, which makes gun possession illegal. The phone is likely to contain a lot of evidence. In fact, the investigation that led agents to Brito-Pina was in large part enabled by information gleaned from other people’s phones, including text messages, drop-off locations stored in the Waze navigation app, and photos of illegal guns taken by people on their own phones – often featuring them posing with the guns.

In addition, ATF special agent Robert Jacobsen added that a web of illegal, interstate gun trafficking led to Brito-Pina. ATF agents have to get into any phones that he may have used, he said, given that there’s a window of time to use to unlock iPhones with Touch ID before they require the passcode.

Attempting to unlock the relevant Apple device[s] is necessary because the government may not otherwise be able to access the data contained on those devices for the purpose of executing the requested search warrants. For more on this, read the full report here.

Last October Patently Apple posted a report titled "With a legally obtained Warrant, the FBI Forced a Suspected Child Pornographer to Open his iPhone X using his Face," based on a Forbes report.

The report noted that "The case marks another significant moment in the ongoing battle between law enforcement and tech providers, with the former trying to break the myriad security protections put in place by the latter. Since the fight between the world's most valuable company and the FBI in San Bernardino over access to an iPhone in 2016, Forbes has been tracking the various ways cops have been trying to break Apple's protections." The report goes into some depth about the ongoing battle between law enforcement and Apple. You could review that report here.

On the flip side, many liberal judges have denied warrants requesting the search of an iPhone using Face or Touch ID. The legal battle of law enforcement being able to override security features on smartphones via warrants will continue to be an issue for many years to come.