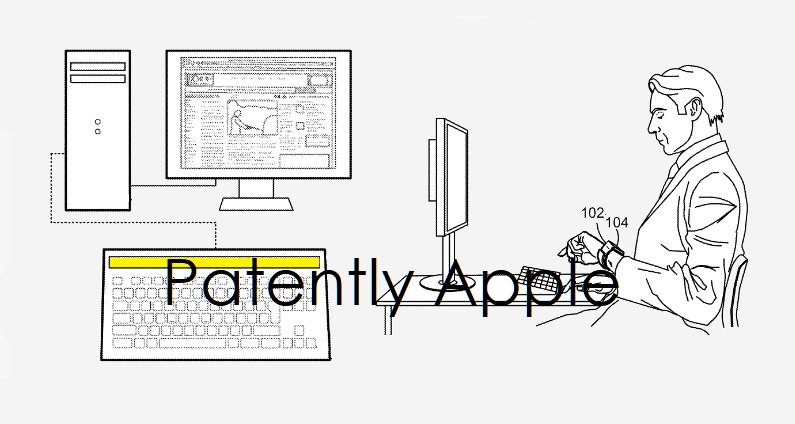 In the last patent report of the day we cover two patents. The first covers the Touch Bar on the MacBook Pro that could eventually expand to desktop keyboards and Apple's Magic Trackpad. The second patent covers the Apple Watch function called the 'raise gesture' which turns on watchOS from sleep. We wrap up this week's granted patent report with our traditional listing of the remaining granted patents that were issued to Apple today.

Touch Bar for MacBook Pro & Beyond

Patently Apple first discovered Apple's initial patent filing for the MacBook Pro's Touch Bar in Europe back in February 2017 which you could review here for more images and details.

Today the U.S. Patent Office granted Apple patent 10,303,289 and it shows that it was filed in the U.S. in July 2017 or 5 months after we had posted our report from the European patent.

Apple's patent goes beyond having the Touch Bar on the MacBook Pro to including it in an iMac Keyboard, a Magic Trackpad and independent device as presented below in FIG. 2D. 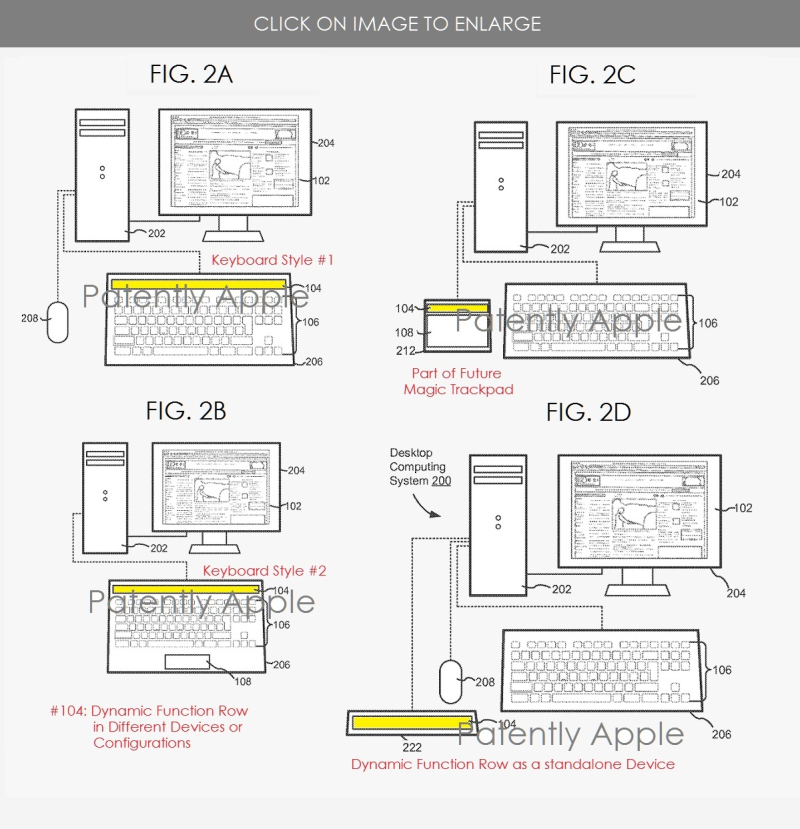 For technical details you could check out granted patent 10, 303,289 here.

In January 2016 Patently Apple posted a patent application report titled "The Apple Watch 'Raise Gesture' Invention Comes to Light." You could review our past post here for more details and patent figures.

Today, the U.S. Patent Office granted Apple patent 10,303,239 titled "Raise gesture detection in a device. Apple originally filed for this invention back in 2014.

Apple's patent FIGS. 1A and 1B below presents an everyday example of an office worker raising their arm to check the time which turns on the 'raise gesture' function in Apple Watch to turn on the interface from sleep that saves energy. 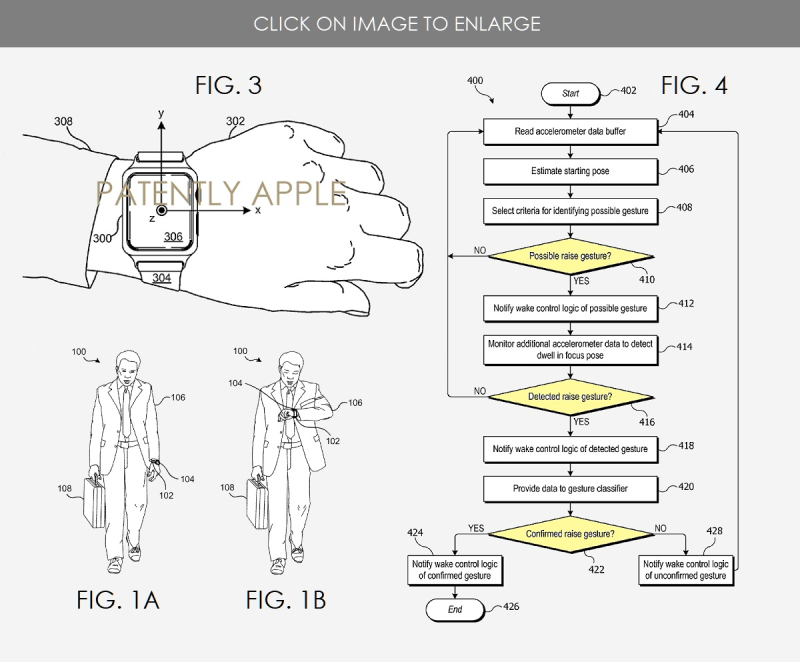 Apple's patent FIG. 3 above shows an example of a device-relative coordinate system for a wrist-wearable device; FIG. 4 is flow diagram for a raise-gesture detection process. To view the technical aspects of Apple's granted patent, click here. 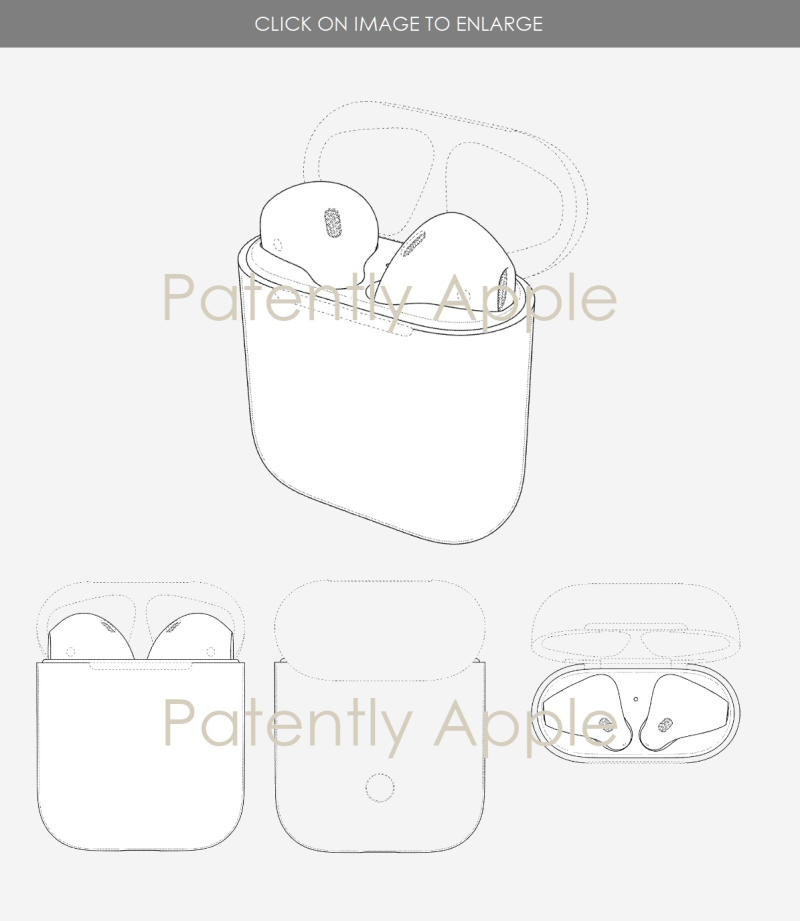 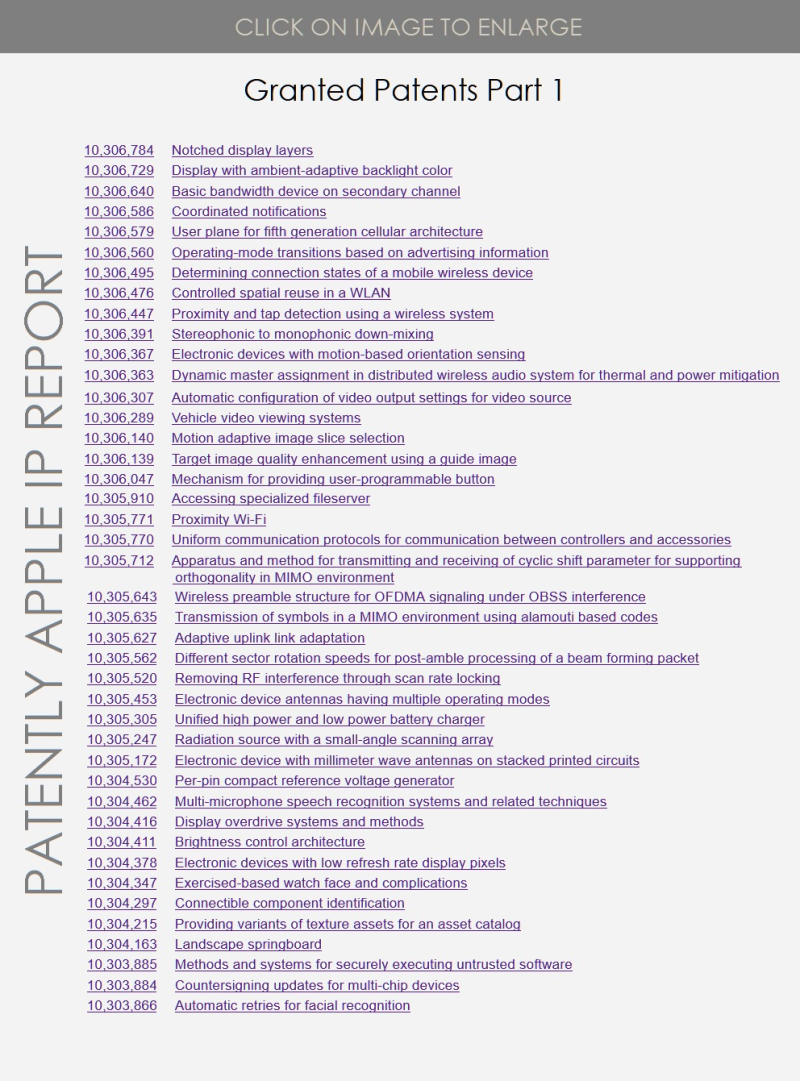 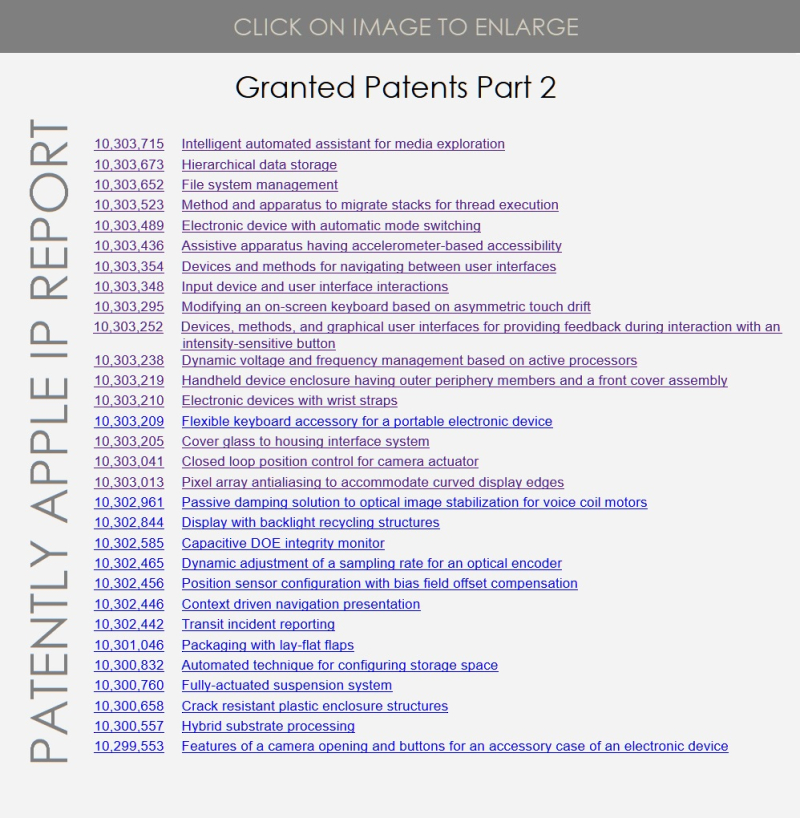