The U.S. Patent and Trademark Office officially published a series of 51 newly granted patents for Apple Inc. today. In this particular report we cover a Project Titan patent for vehicle passenger doors and windows and another patent for 3D shaped fabric items & accessories. We wrap up this week's granted patent report with our traditional listing of the remaining granted patents that were issued to Apple today.

A fabric-based item may be vacuum-formed into a three-dimensional shape. The three-dimensional shape may be that of a case or cover for an electronic device, a bag, a backpack, a wristband, or other suitable object. Apple's long list of plausible products this could apply to also includes Apple Watch bands, headphones, eyeglasses and furniture.

The fabric-based item may include one or more layers of fabric and one more polymer layers that can be molded when heated. The polymer layer may, for example, be a thermoplastic or thermosetting polymer.

Apple's patent FIGS. 4, 5, 6, 7, and 8 below are perspective views of illustrative three-dimensional shapes that may be formed using fabric; FIG. 11 shows how fabric can be manipulated during the vacuum forming process to achieve varying effects across the fabric. 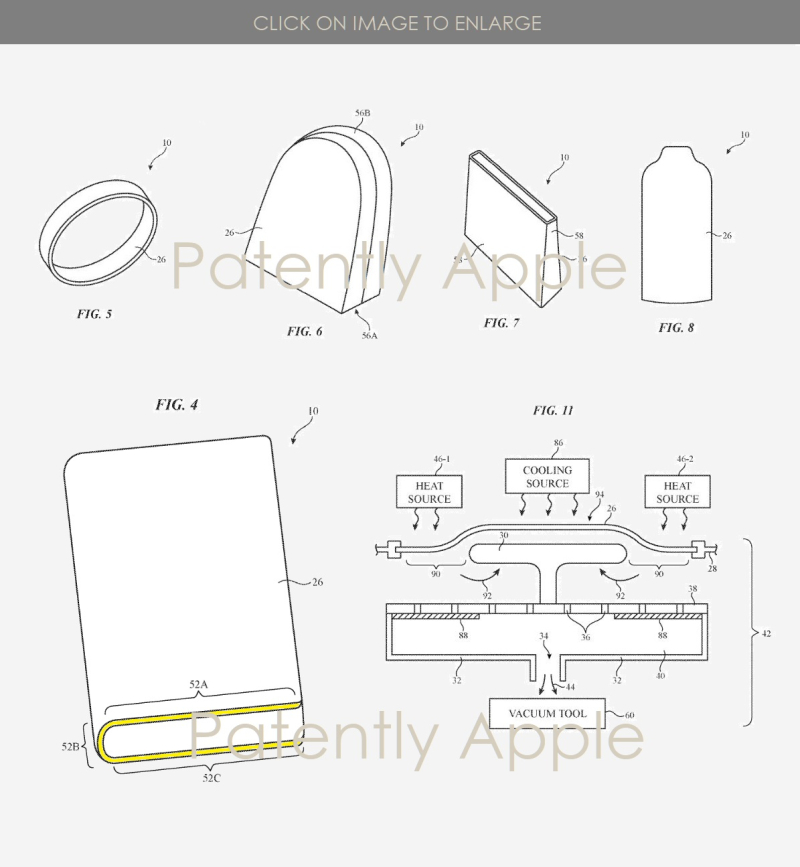 Today's granted patent by USPTO was originally filed for by Apple in February 2016.

Apple's newly granted patent #10,286,761 covers their invention relating to passenger vehicles for roadways and, in particular, to door structures. 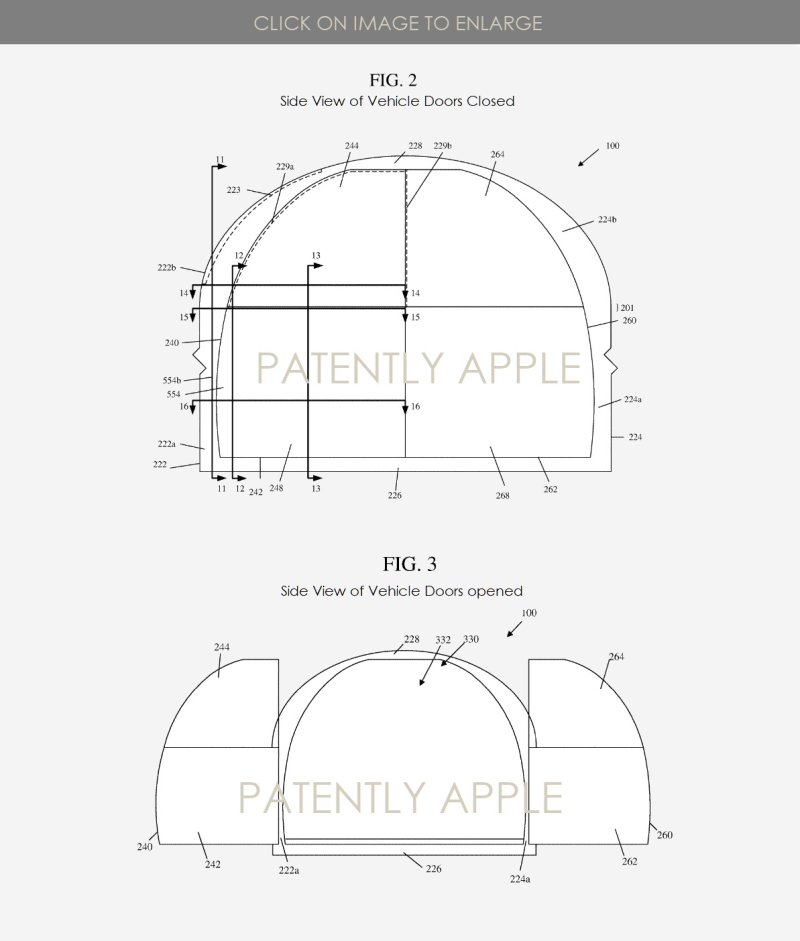 Today's granted patent by USPTO was originally filed for by Apple in June 2017. You could review more of the details of this invention here. 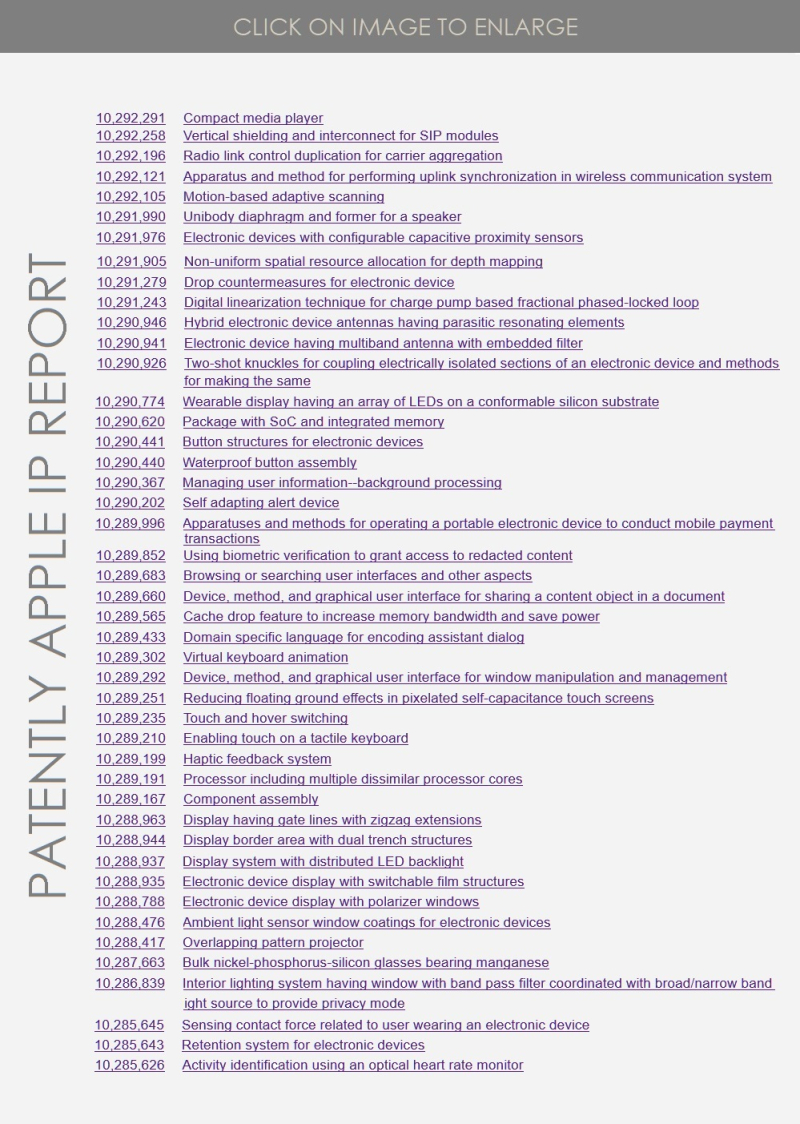