Apple Promotes Do one Last Great Thing with your iPhone, 'Apple Trade In,' Save the Planet 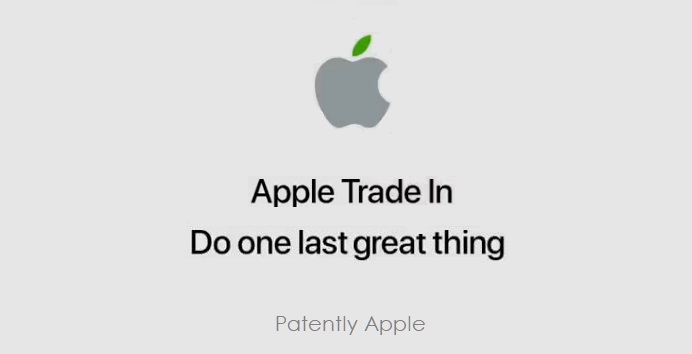 Earlier this month Patently Apple posted a report titled "Trade-In Deals Propel Apple's iPhone XR into being the best Selling Smartphone in America for Calendar Q1." Apple's CEO told CNBC in an interview back in early January: "We haven’t really marketed it very much,” Cook said of the trade-in program. And the truth is, to a consumer, the trade-in looks like a subsidy because it lowers the price of the phone that you want."

Today Apple released a new ad focused on Apple's valuable trade in program with a twist. Apple is appealing to youth with a message that an iPhone "Trade In" is about saving the environment, about saving the planet – which gives the value of Apple's Trade In program a value beyond just a mere simple discount.

About two weeks ago Apple filed for the 'Apple Trade In" trademark in Europe.