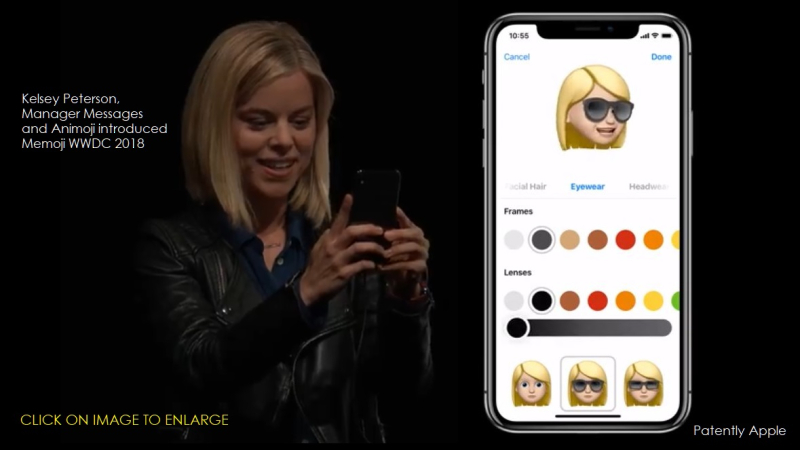 A year ago Apple's Kelsey Peterson took to the stage to introduce Memoji at the WWDC 2018. Below is a video segment from the WWDC 2018 keynote where Memoji was first introduced by Peterson. Yesterday the U.S. Patent Office published an update to the original Memoji patent application to specifically cover the Memoji creation Apple found in Apple's Messages app. This makes it a patent fulfilled.

Below are exemplary user interface patent figures from Apple that illustrate the creation of a personal avatar, now known as Memoji. 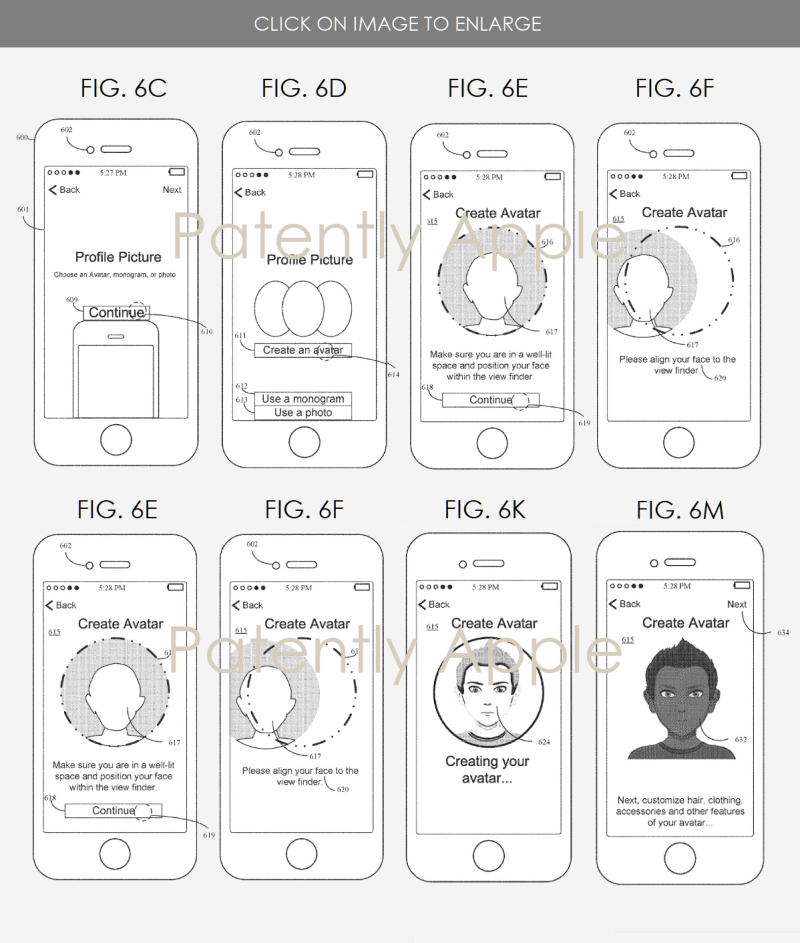 Below are a series of Apple patent figures illustrating exemplary user interfaces that use gestures to edit a personal avatar, now known as Memoji. 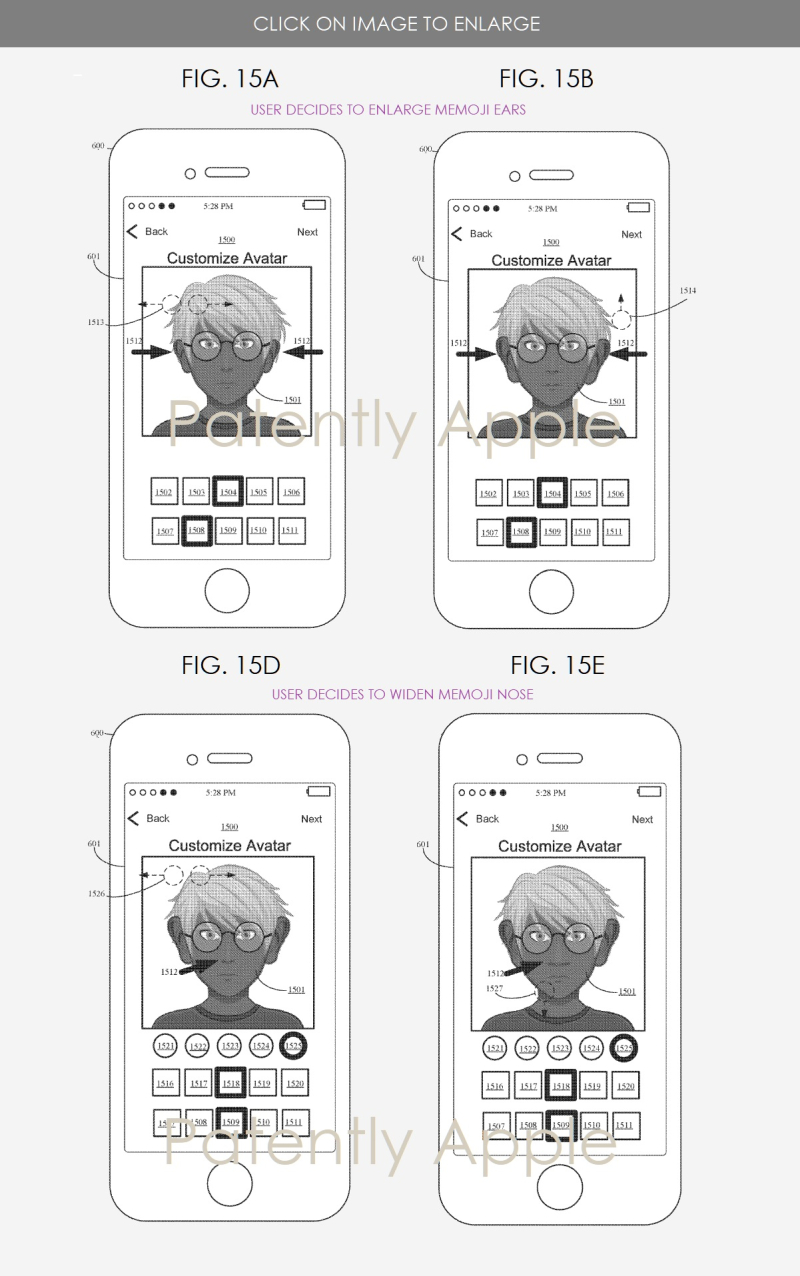 Apple's patent claims that it's a "continuation patent" but the two patent numbers provided are oddballs and we were unable track them down. The patent under the segment titled "U.S. Patent Numbers" actually shows that this was patent has no public history.

With that said, we dug up patent application with the same title of this patent being "Avatar Creation and Edition" under a March 29, 2018 patent numbered 20180091732 that you could review here.

Being that Apple is deeming this a "continuation patent," then we know that what has been added or changed is restricted to the patent claims between the two patents, with this week's patent being number 20190158735. You could review the patent claims of the latest patent here and compare them to those in the patent linked to above.

What stands out is that Apple is describing an iPhone with its TrueDepth camera that also provides "one or more programs including instructions for: displaying a first user interface that includes instructions for capturing image data of a face of a user of the electronic device," which is describing the patent figures presented above. The majority of the "additional" patent claims centers on aspects of creating Memoji in Messages.

Below is a how-to video from Apple Support that shows what is being protected in Apple's "continuation patent."

Will Apple be adding anything new for Messages and Memoji during Monday's WWDC 2019 Keynote? The rumors say Apple will introduce an overhaul of Messages. Whether Memoji will change in any material way will be revealed during the keynote.

For the record, Apple was granted a patent for next-gen Memoji. Patently Apple posted a report on this patent back on April 23 titled "Apple Granted a Patent for Next-Gen Hybrid Animoji System that keeps your Background & body while having an Animoji Head."