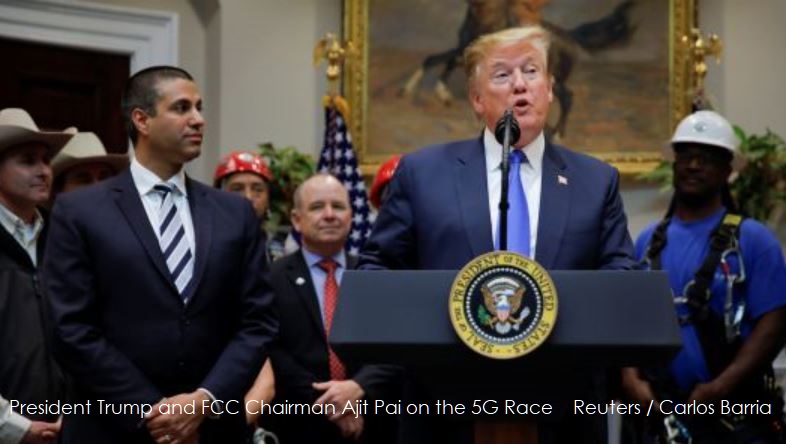 This afternoon President Trump and the FCC announced several initiatives to spur 5G network growth in the U.S. "The race to 5G is on and America must win," President Trump said, noting that 92 5G markets will be ready by the end of the year, outpacing South Korea, which is on pace to have 48 markets live by the end of 2019.

President Trump later added: "It's a race our great companies are now involved in. According to some estimates, the wireless industry plans to invest $275 billion in 5G networks, creating 3 million American jobs quickly, and adding $500 billion to our economy. To accelerate and incentivize these investments, my administration is freeing up as much wireless spectrum as needed. "We're removing regulatory barriers to the buildout of networks. The FCC is taking very bold action, bolder than they've ever taken before, to make wireless spectrum available.

The FCC Chairman Ajit Pai quickly announced that starting on Dec. 10th, it will offer "the largest spectrum auction in our nation's history," allow carriers to bid on 3,400MHz of new spectrum in the Upper 37GHz, 39GHz and 47GHz spectrum bands. The additional spectrum would "promote the development of 5G, the Internet of Things and other advanced spectrum-based services."

In addition, the FCC has proposed new rules that would allow "Fixed Satellite Service operators to provide faster, more advanced services to their customers" using 50GHz spectrum. It also said that current rules "impair the ability of users to deploy small, next-generation networking devices on their own property," particularly in rural areas, and proposed changes that would allow people to install "hub and relay antennas" on their property to help spur 5G networks.

FCC chairman Ajit Pai added that "The FCC aims to create a $20.4 billion Rural Digital Opportunity fund extend high-speed broadband to up to 4 million homes and high-speed businesses in rural America."  For more on this, read the full CNBC's report here. 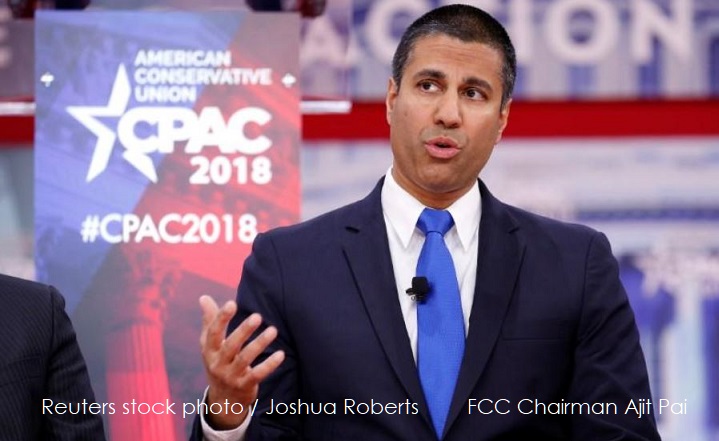 Reuters noted in their report this afternoon that Pai had said that President Trump’s comments about opposing nationalization of 5G networks was an "important signal" to the private sector that is investing tens of billions of dollars in the 5G networks.

CTIA, an industry trade group, said Friday that Trump’s statement "puts an end - once and for all - to any misguided notions of nationalizing spectrum resources or government-mandated wholesale 5G markets."

Patently Apple: If the President wants the U.S. to win the 5G Race, then they should provide Apple and Intel with incentives to launch a 5G version of the iPhone in early 2020 as opposed to late 2020.