Today the US Patent & Trademark Office published a patent application from Apple relating to multi-layered constructed devices. While the patent could apply to future devices including MacBooks, Apple chose to focus the invention on a clamshell smartphone as an example of such a constructed device.

In 2016 Samsung filed for two foldable phones (01 & 02). Motorola is bringing back the Razr. One segment of Unbox Therapy reviewing a Samsung flip phone received close to 5 million hits. It appears there is interest in this form factor.

I don't know if Apple is joking here or if they need a super low cost phone for emerging markets such as India. Below are the graphic highlights from today's patent application from Apple. Just keep in mind that this isn't a design patent. It's a utility patent that's only showing a concept which could be as misleading as Apple wants it to be.

Apple's patent FIG. 4 below presents a clamshell style smartphone with multiple layers of functional components. One side is a keypad which could be a force touch based instead of mechanical, while the other side is for text, messages and other visual information. 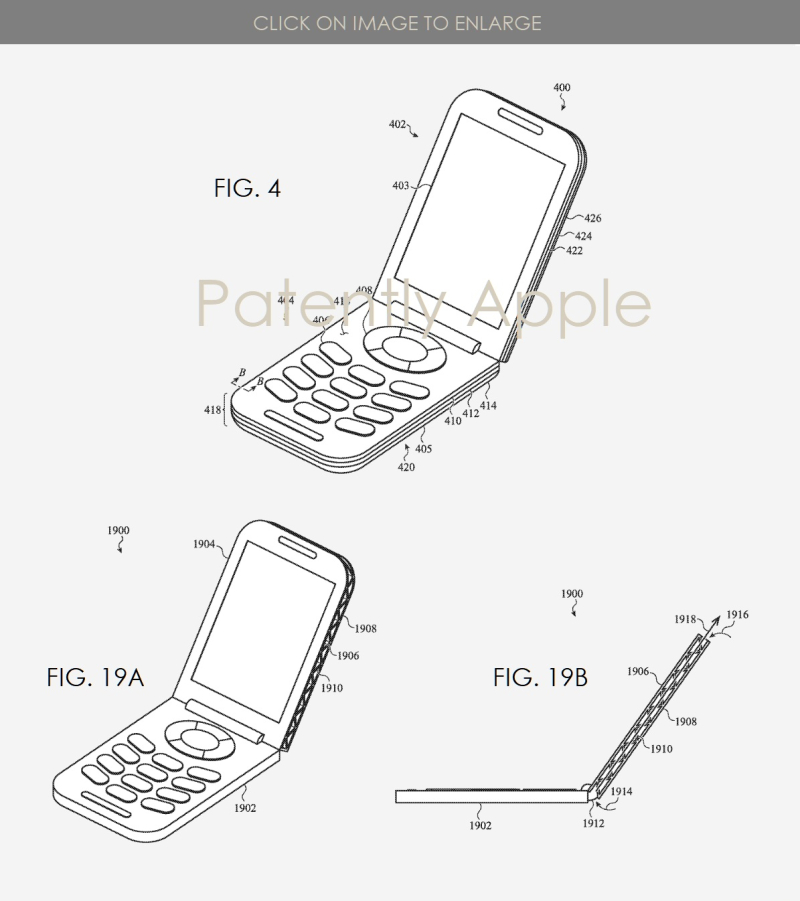 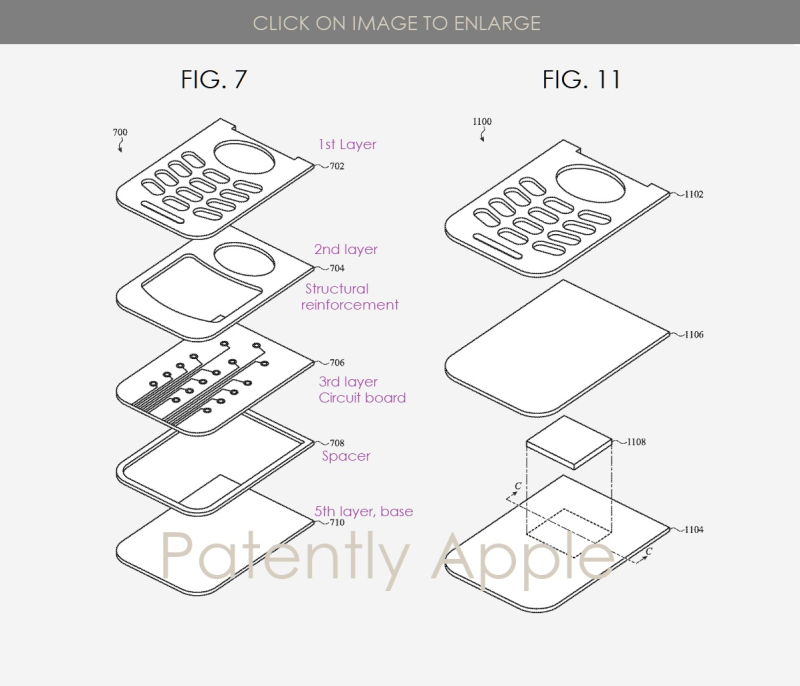 Apple's patent FIG. 13 below illustrates where the processor would fit in this clamshell design with FIG. 14 illustrating the processor with thermal conduits and heat sink. 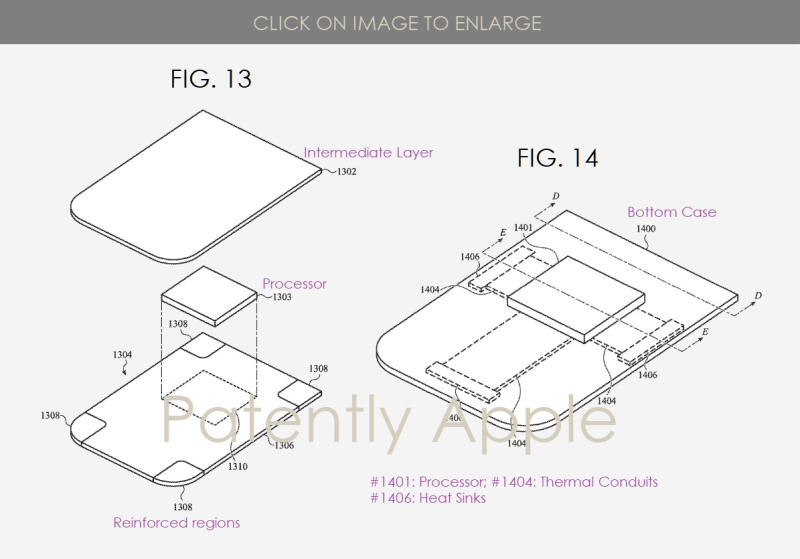 Apple appears to be experimenting with new lightweight materials. In one section Apple notes that "The second layer may be formed of a different material than the first and second layers (using titanium and magnesium for instance). For example, the second layer may be a foam material, which may be an open cell foam or a closed cell foam (or a combination of open and closed cells). The foam material may be formed from or include any material or materials, including, for example, polyurethane foam, polyethylene terephthalate foam, polyvinylchorlide foam, polyisocyanurate foam, reinforced foam (e.g., including a polymer material and reinforcing material such as glass or ceramic fibers), a metal foam, or any other suitable foam material.