Apple Card is the right solution at the right time as 80% of U.S. Adults still Prefer Financial Cards over Mobile Wallets & Cash 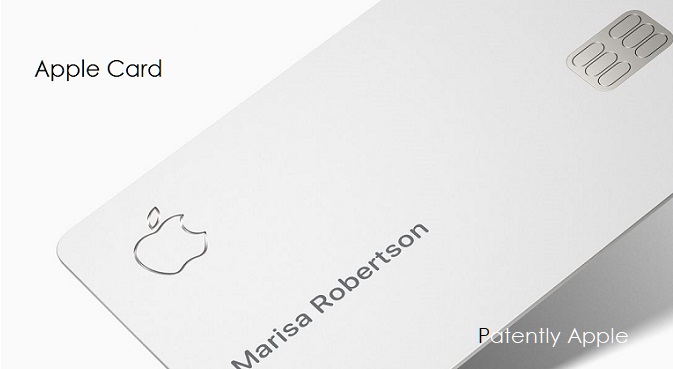 In late February Patently Apple posted a report titled "While Apple Pay could be Huge for Apple in the Long Term, for now it's only Scratching the Surface." The report pointed to the fact that Americans still preferred credit cards over virtual wallets like Google, Amazon or Apple Pay. In fact a new in-depth survey with 73,000 respondents conducted by CivicScience points to over 80% of U.S. adults still prefer making payments with Plastic (debit 56% or credit cards 26%).

To improve on Apple Pay and distinguish it from other wallet solutions, Apple introduced their upcoming Apple Card during their special event on March 25th. For many of Apple's die-hard adult fans, a switch to the Apple Card will be a no-brainer as soon as it's available. And like every Apple product, they will evolve the product on a long and steady path expanding the reach of the card to other countries while offering innovative new services over time.

The infographic below from CivicScience titled "Cashless Society" was conducted for their financial, retail and technology clients. Their survey results clearly show that over 80% of U.S. adults still prefer using financial cards (debit & credit) over any other method of payment. Even with that statistic, 67% of Americans weren't in favor of a cashless society.

In the end, Apple's move of introducing Apple Card is the right solution at this point in time as the data proves out.

For those interested in diving into the bigger picture, the subject matter of moving to a cashless society too quickly, check out the Bloomberg report here.

One more thing: The race to a cashless society just took two-steps back as Amazon Go stores will start accepting cash. It appears the world isn't ready for a cash-free future just yet. In fact, a number of states and cities are now enacting laws that will require brick and mortar stores accept cash. You could read all about this over at CNBC.