Home Archives Contact Us Subscribe Twitter Facebook Patently Mobile
A Final Judgement from the ITC was Issued Late this Afternoon and Apple did not violate Qualcomm's Patent
Apple Patent Covers In-Air Gesturing for Macs & iDevices as Google, Samsung and Microsoft race to bring this to Market

Samsung has unveiled their new Galaxy A70 that offers a 6.7" Super AMOLED Display, Enhanced Triple Camera and more 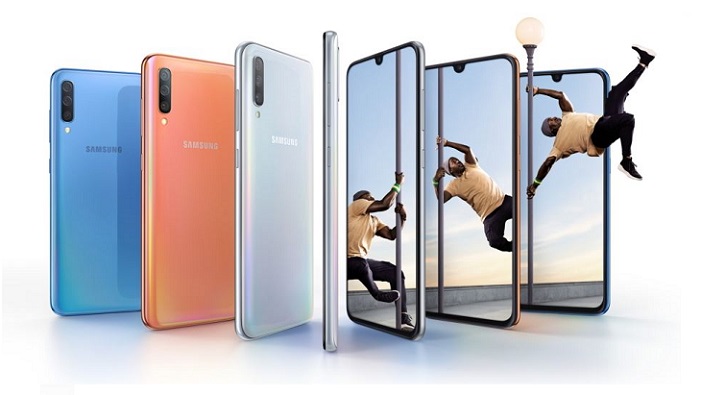 Samsung Electronics unveiled their new Galaxy A70, their latest smartphone in their 'Galaxy A' range. The A70 features a Super AMOLED 6.7” Infinity-U display (1080 X 2400), a 4,500 mAh battery with Super-Fast Charging at 25W and more.

Galaxy A70’s enhanced triple camera comes with a 32MP super high-resolution front and rear lens take bright sharp shots that never sacrifice on image quality no matter where you are, or what time of day. The Depth lens enables you to adjust the depth of field to focus before and after taking a shot so people can choose what and where they want to highlight. Combined with the 8MP Ultra-Wide Lens, enjoy expansive photos that mirror the same viewing angle as the human eye. 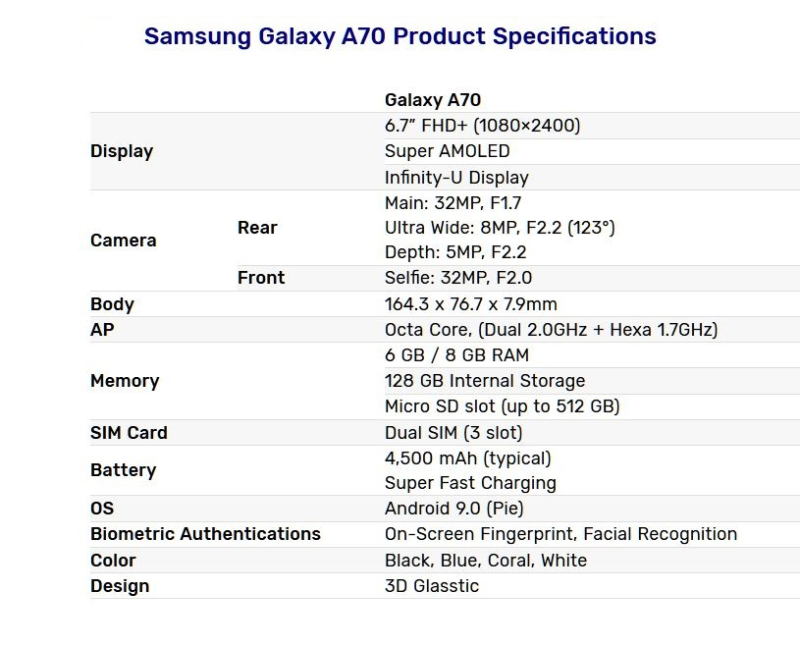 While Patently Apple was officially closed for 90% of the day I did post one report in haste. The cover graphic that I originally used was from the Korea Herald's report that I saw at 3 a.m.

I didn't double-check with Samsung's Press release and I should have as it ended up that the Korea Herald was using an image from a concept graphic of the A70 obtained on YouTube. I apologize for presenting incorrect information on this story today based on that incorrect graphic.

Our new report is in-part based on Samsung's press release using their official image.