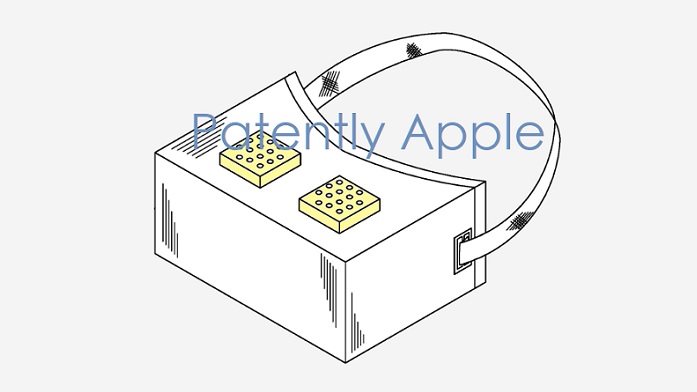 Earlier today Patently Apple posted a patent report titled "Apple Invents a Motorized Adjustable Headband System for their Future Head Mounted Display Device." In this second report we cover another patent application from Apple published today that covers a thermal regulation system for a head mounted display device. A lot of heat is generated within the eye chamber of a head mounted display (HMD) device and Apple has created a mini thermal regulation system in order to keep the eye chamber cooler and more comfortable to the skin for future users. 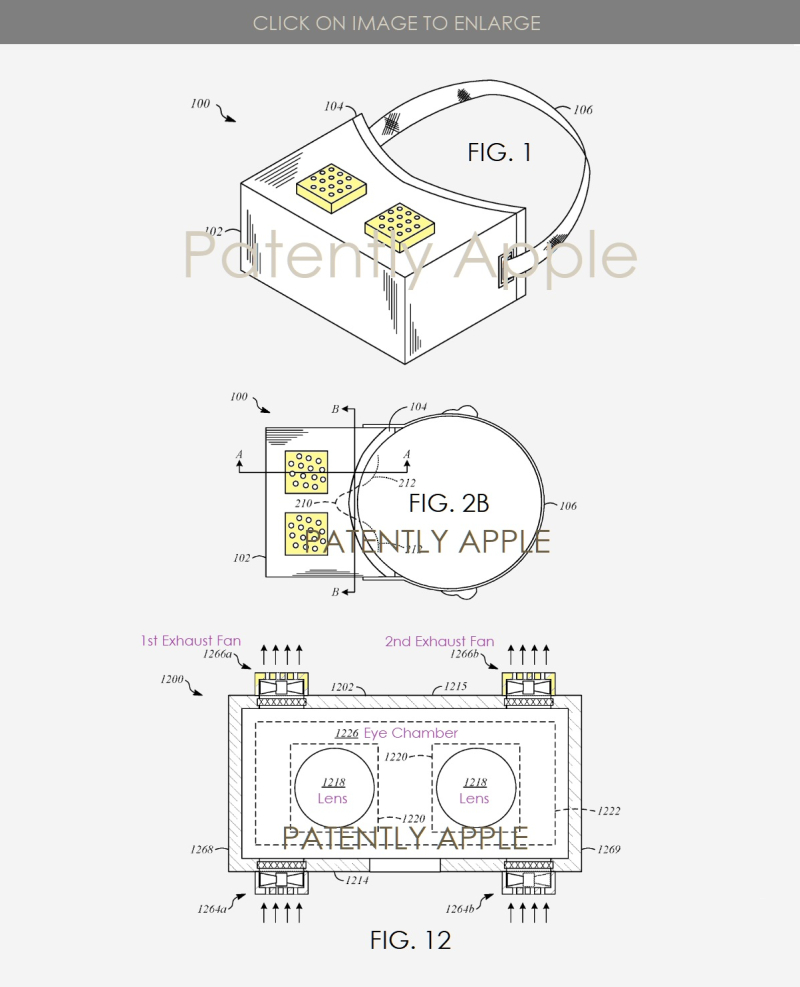 The first intake fan and the first exhaust fan in combination, define a first air flow path within the eye chamber. The first air flow path is located laterally outward from the lens (#1218) on the left side of the housing (#1202), adjacent to the left side wall (#1268) of the housing in order to allow air movement in the eye chamber without having a high-speed air stream that crosses the eyes or nose of the user.

The second air flow path is located laterally outward from the lens on the right side of the housing, adjacent to the right side wall (#1269) of the housing in order to allow air movement in the eye chamber without having a high speed air stream that crosses the eyes or nose of the user.

Apple's patent FIG. 14 below shows us a cross-section view of a head-mounted display. 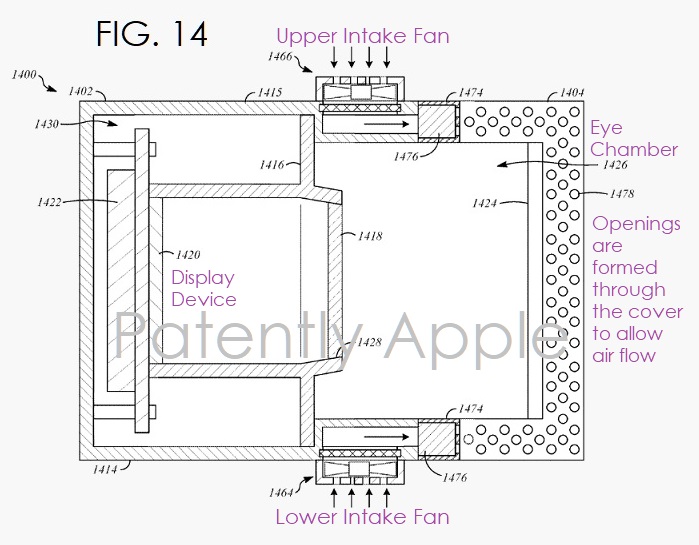 The face seal (#1404) is cooled by air that flows through it. The face seal may also incorporate structures that direct air flow toward the user, to cool the user's skin.

Other Aspects of a Future Headset

Other general aspects of the patent application points to the head mounted display device using a motion tracking system, a camera, a gestural input device, a microphone, touch screen input and speakers.

The motion tracking system may also include, for example, an inertial measuring unit that utilizes accelerometers, gyroscopes, and magnetometers to output information that describes motion. The motions tracking system can also include other types of motion tracking technologies, such as structured-light stereo devices, depth cameras, LIDAR devices, radar devices, ultrasonic devices, infrared detectors that measure signals from external infrared sources, and infrared beacons that emit signals that can be measured by external infrared detectors.

The camera(s), which can include a single camera or multiple cameras, can be included to capture video of the environment surrounding the head-mounted display or can be used to sense features in the environment or features of the user.