Apple's invention describes systems and methods of detecting ski activity using a wearable device like Apple Watch. During a typical ski day, a skier may spend many hours (e.g., 8 hours) at a ski area, while actively skiing for only a fraction of that time. Between ski runs, the skier may spend a significant amount of time riding lifts, taking breaks, or otherwise being inactive.

Due to for example, size and cost constraints, cost, the battery capacity of a wearable device may be such that it is not possible to run the device at full power for a full ski day without having to recharge the device's battery. Certain components of the wearable device--such as the main processor, Global Positioning System (GPS) receiver, and cellular module--can draw a particularly high amount of power.

Accordingly, Apple's invented systems and methods can detect when the user is riding a lift, taking a lunch break, or otherwise being inactive, and, in response, selectively power down certain components of the wearable device.

When the user resumes skiing, the systems and methods can automatically return power (or "wake up") to these components so as to accurately track the user's ski activity. 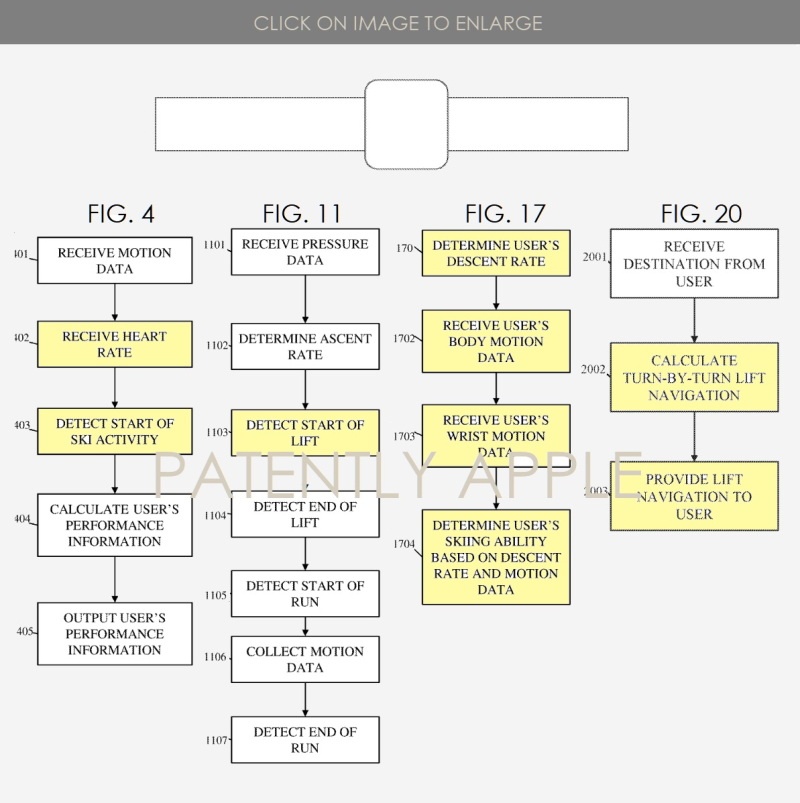 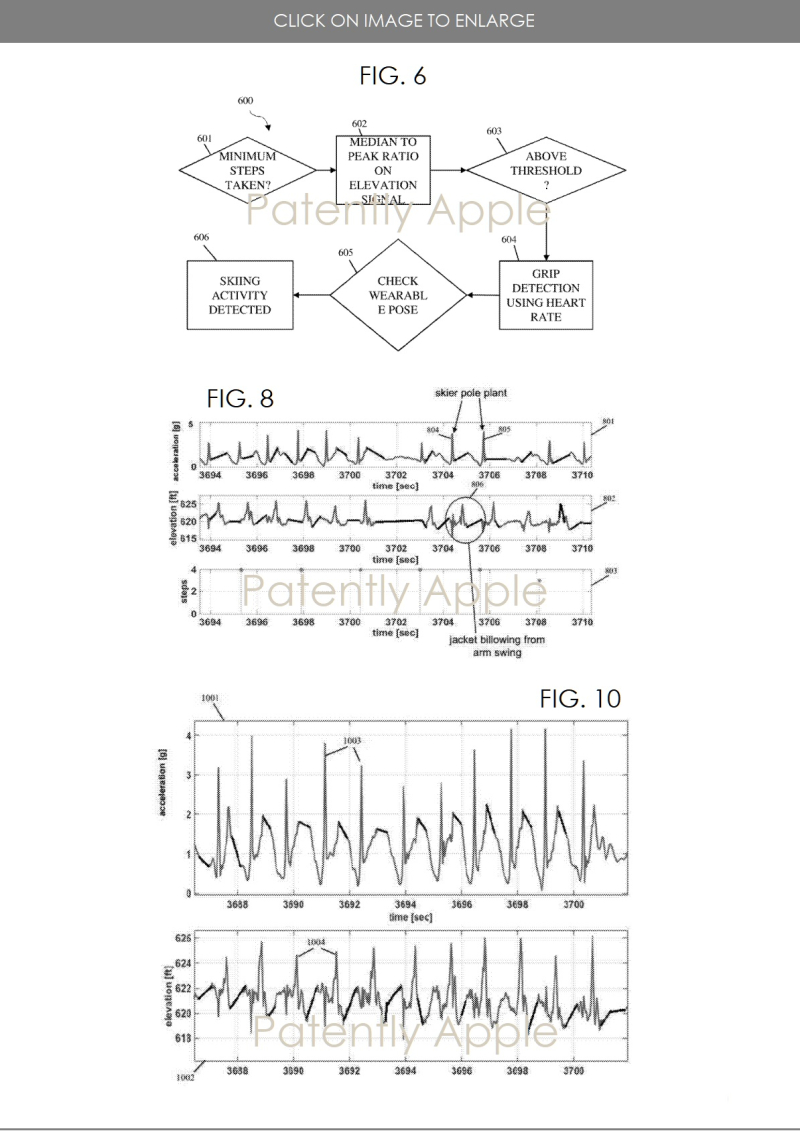 Lastly, Apple notes further into their filing that "Heart rate data is used to detect whether the user is gripping ski poles. In some embodiments, the heart rate sensor can be a PPG sensor and it can detect grip based on the "white knuckle" effect.

If it is determined that the user is gripping poles, the ski detection method can proceed to step 605 noted in FIG. 6. "White knuckle" describes vascular occlusion due to active muscle groups. The "white knuckle" effect can typically occur when an individual grips tightly on an object, such as a dumbbell, bicycle handle, ski pole, etc.

One area where this effect can be easily observed is around the knuckles (interphalangeal and metacarpophalangeal joints) when performing activities requiring gripping. The "white knuckle" effect can affect the accuracy of PPG-measured heart rate. In particular, the "white knuckle" effect can create noise artifacts that can interfere with heart rate detection by PPG because these artifacts can limit the ability to detect the influx and outflow of blood among the various tissues being analyzed. In some embodiments, monitoring these artifacts can allow the heart rate sensor to detect a user's pole gripping.