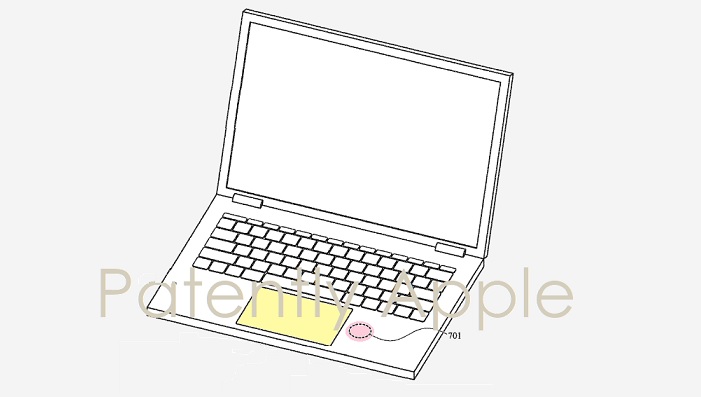 Today the US Patent & Trademark Office published a patent application from Apple relating to systems and techniques for integrating a bio-sensor into the surface of a MacBook (Pro) that could monitor a user's heart rate or physiological state and double as a presence sensor that could light up the keys and trackpad automatically (as an option).

Apple's patent FIG. 3 below depicts a view of a sensing area of a MacBook where the opaque layer defines a micro-perforated transmission region and a micro-perforated receiving region; FIG. 7A illustrates a MacBook that transitions from a low power state to an operating state upon detecting a user. 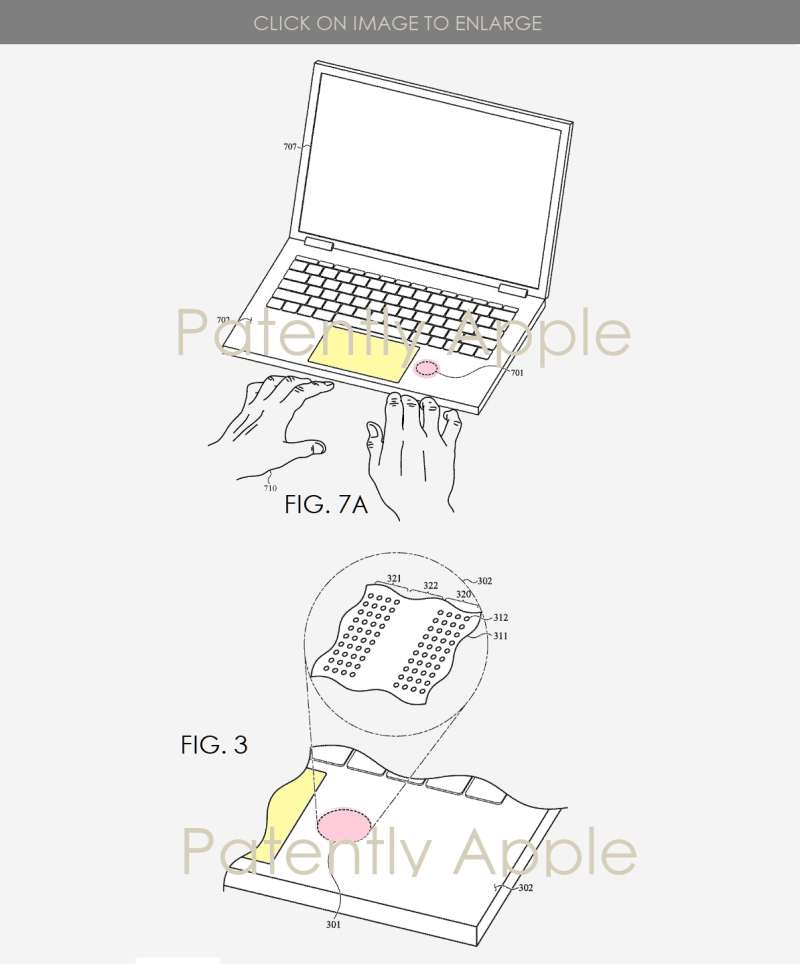 Apple's patent FIG. 9 below depicts an example electronic device that is operable to detect and display health information about a user. 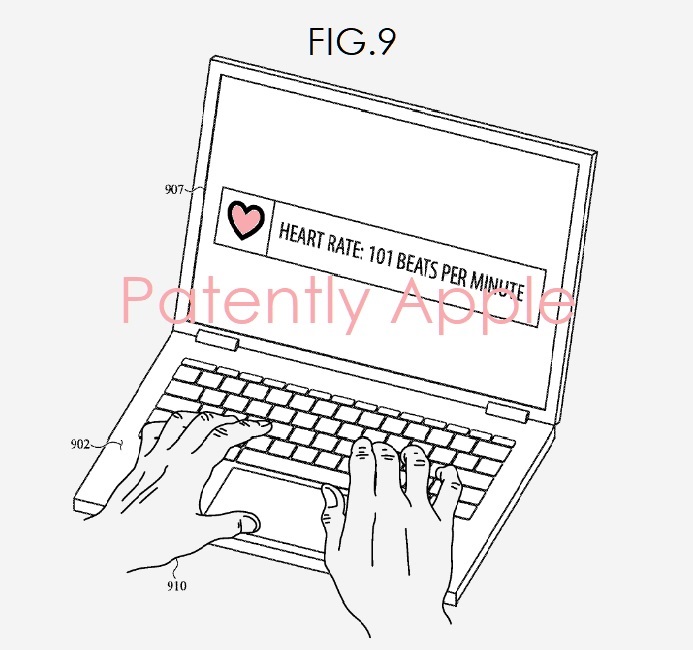 In Apple's FIG. 9 the MacBook (Pro) is operable to determine a heart rate for the user using a health or other bio-sensor corresponding to an area of a translucent layer noted in patent figures 3 and 7A in our first graphic.

In some implementations, the bio-sensor may be used to determine a health metric or physiological condition of the user while the user is typing. 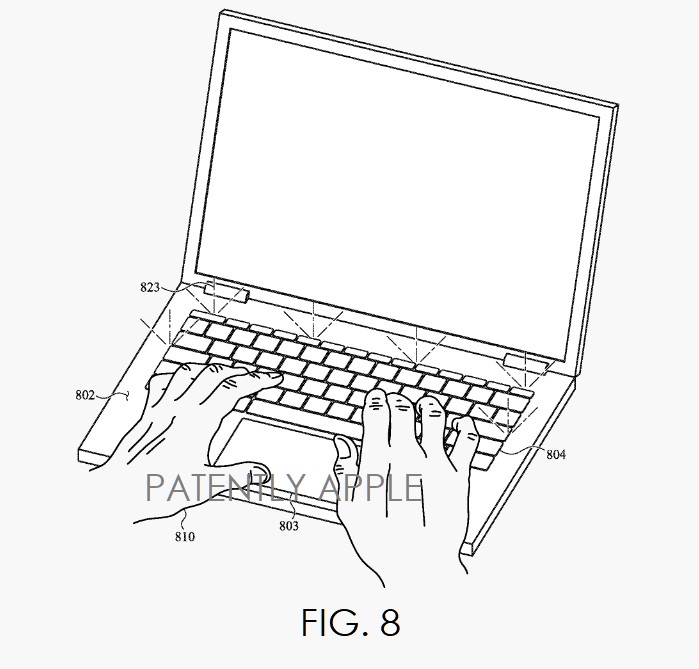 Apple's patent FIG. 8 above depicts an example MacBook that is operable to illuminate a keyboard upon detecting a user. The Biometric sensor's secondary function may be configured to detect the proximity of the user or an ambient light condition over an area and light up the keyboard and trackpad automatically if the user so chooses this as a desired option.