Earlier today Patently Apple posted an IP report titled "Apple Invents a MacBook with Biometric Sensors for Health & Presence Sensors to Auto Light Keyboard and Trackpad." In a second MacBook patent application published today by the US Patent & Trademark Office Apple describes eliminating the traditional and distinct trackpad. In its place Apple envisions a massive new area beneath the keyboard that is designed with microperforations in the metal to allow lights beneath it present users with a lit trackpad as well as appropriate icons, glyphs, symbols and more that would make the user more productive. 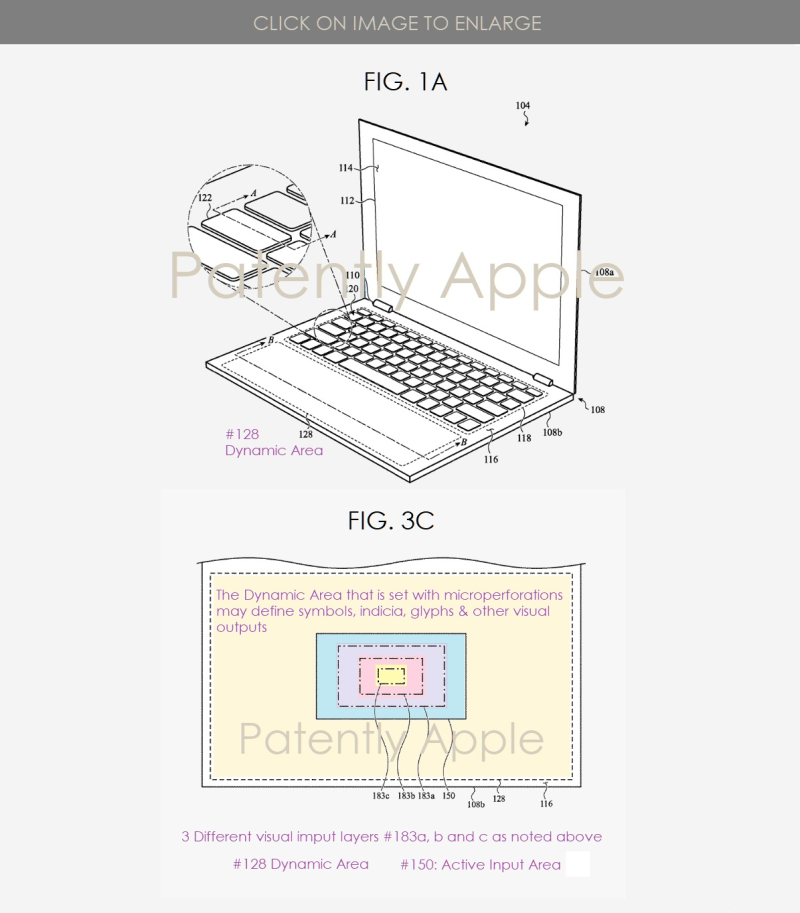 The sequence may be reversed when the active input area 150 is turned off or otherwise deactivated.

Apple's patent application that was published today by the U.S. Patent Office was originally filed back in Q2 2019. Considering that this is a patent application, the timing of such a product to market is unknown at this time.

You could review our initial IP report on this titled "Apple Invents the Movable Illuminated MacBook Trackpad," which will provide you with more patent figures and a better overview of Apple's invention that also expands on the concept extensively beyond today's patent application. Today's cover graphic is from that initial patent application.

Apple also published a patent on this concept that went one step further by eliminating the keyboard for an illuminate design that you could review here. Apple could begin slowly with just replacing the trackpad area before going with a more challenging design replacing the physical keyboard.