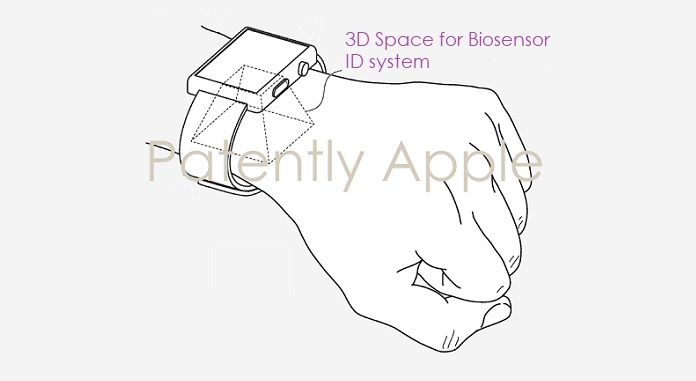 Today the US Patent & Trademark Office published a patent application from Apple relating to a possible future Apple Watch using an emerging new bio-Authentication system that establishes patterns under the skin unique to a user. There are several biometric patterns Apple may choose from including vein, bone, and pigmentation. Two weeks ago Patently Apple posted a report titled "Apple Advances Face ID to be 'Twin Proof' using Machine Learning, Subepidermal Imaging and more." With Face ID, adding subepidermal imaging would be an added value.

As a single bio-authentication system, it's unknown if the public is ready to accept its validity and the inventors clearly anticipate this possibility and provide a workaround that we cover later in this report.

Apple's patent FIG. 2 shows an example of a watch including a biosensor system; FIG. 3 shows the watch of FIG/ 2 attached to a forearm of a user near the user's wrist. 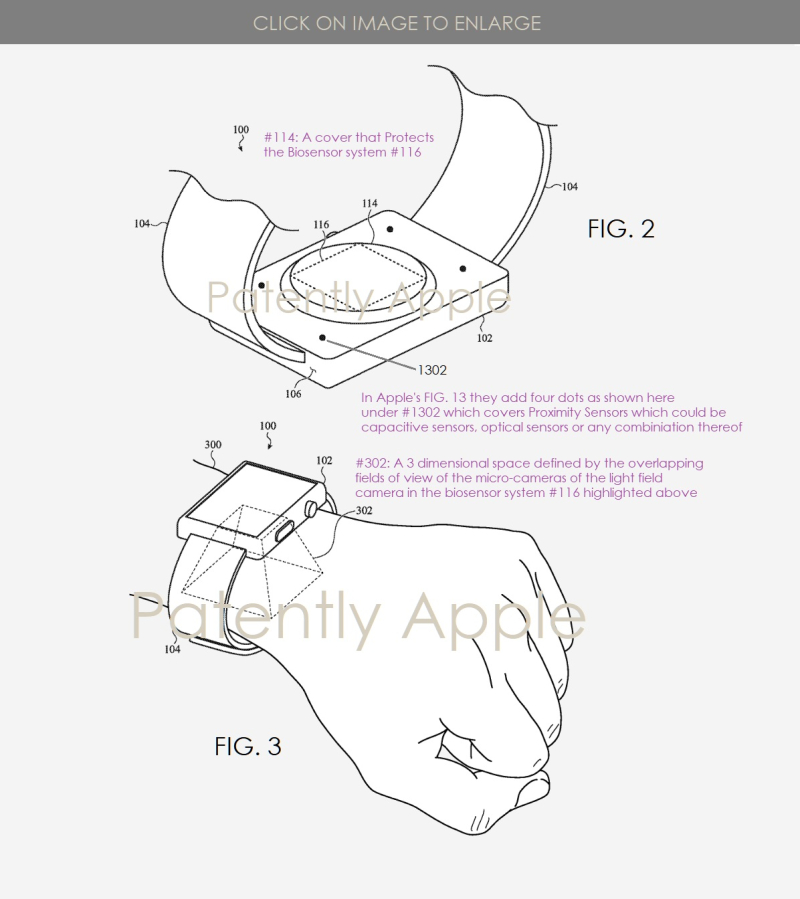 Apple's patent FIGS. 4 and 5 below show various features that may be identified in a set of one or more layer images constructed from a light field image obtained from a dorsal side of a forearm of a user near the user's wrist. 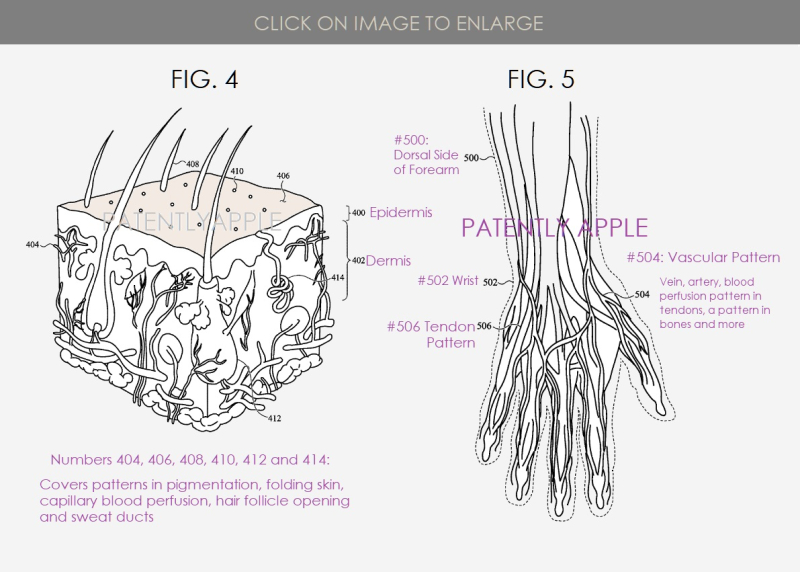 Apple's patent FIG. 10 below illustrates an exploded view of another set of components that may be included in a biosensor system such as the biosensor system shown in FIGS. 2 and 3. Click on our image below to see more details; FIG. 16 shows an example method of authenticating a user of a watch or other wearable electronic device. 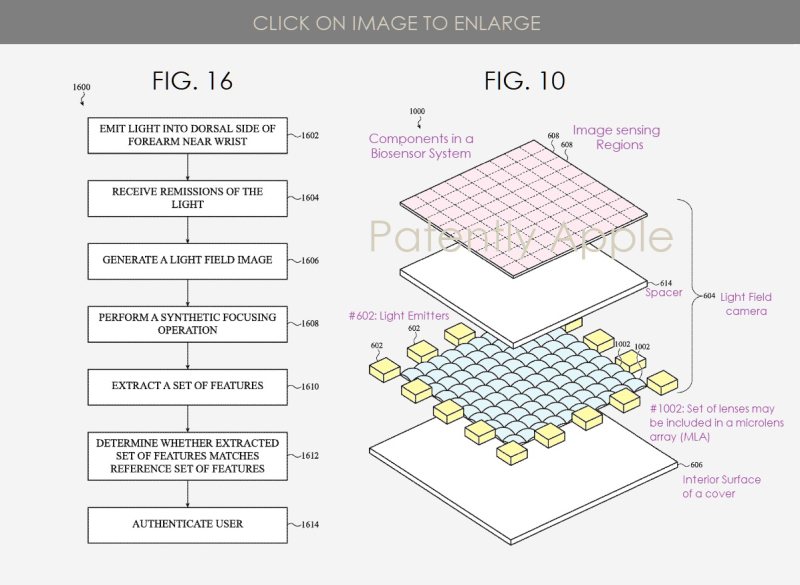 Because of the novelty of the invention, the inventors note that "the present technology can be configured to allow users to optionally bypass biometric authentication steps by providing secure information such as passwords, personal identification numbers (PINS), touch gestures, or other authentication methods, alone or in combination."

Apple's patent application 20190095602 that was published today by the U.S. Patent Office was originally filed back in Q3 2018. Considering that this is a patent application, the timing of such a product to market is unknown at this time.

Three out of the four inventors/Apple engineers who filed the patent for the next-gen Touch ID patent is behind this patent as well. The fourth inventor listed on this patent application is Manohar Srikanth, Camera & Imaging Technologist. His LinkedIn bio notes: "Application and expertise include mobile imaging, imaging for AR/VR, Lightfield Photography, Depth Imaging, Optical Systems, Computational Illumination, Color Imaging, and Computational Methods for imaging (Computational Photography)." He came to Apple via Nokia Research.