Video Report: Student who Discovered the FaceTime Bug tells his story on CNBC 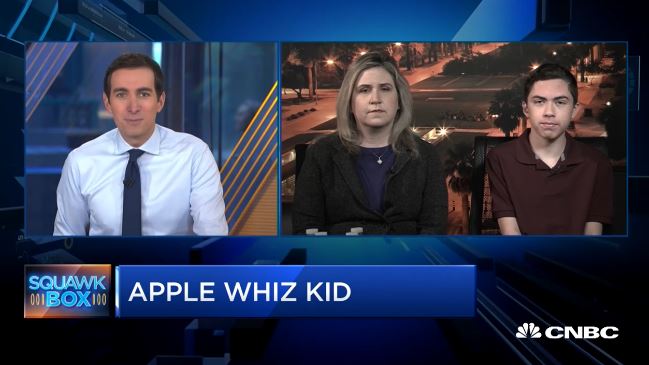 Grant Thompson, the 14-year-old who found Apple's FaceTime flaw, may get a bug bounty for his discovery. The student's mother, Michelle Thompson, said on CNBC this morning that she repeatedly and unsuccessfully tried to contact Apple to report what her son found on Jan. 19th while putting together a group FaceTime with friends playing Fornite. She said such attempts included emails, tweets and Facebook posts. "I didn't hear from Apple until after the media broke the story one week ago today.

CNBC noted that "The FaceTime bug comes at a time when more and more questions are being asked about online privacy and Apple CEO Tim Cook has positioned the company as a champion of data protection."

Last week 9to5Mac reporter Ben Lovejoy stated that "this FaceTime bug is an absolutely massive fail. Apple either needs to be able to overhaul its software development and testing regime such that it can be certain nothing of this seriousness can ever occur again, or it needs to cease throwing quite so many stones from what turns out to be a glass house."