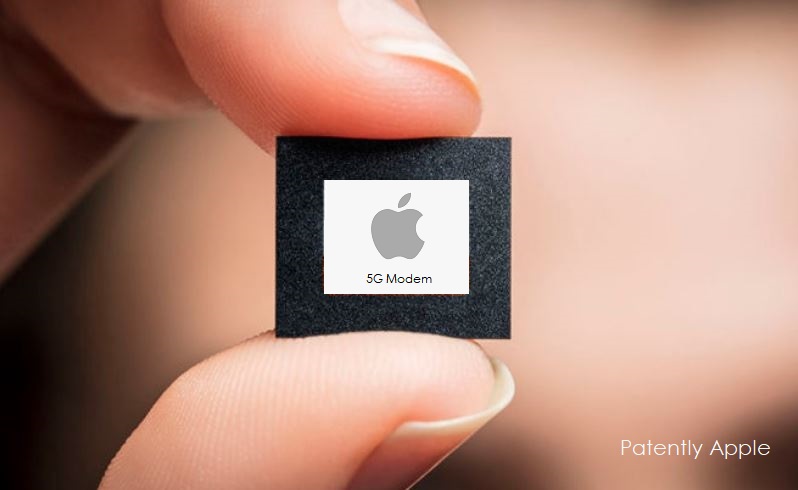 Last December Patently Apple posted a report titled "Apple San Diego is Seeking to Hire a Cellular Modem Architect." Between getting screwed over by Qualcomm and Intel unable to meet Apple's demand for 2019, Apple is being forced to delay their 5G ready iPhones until 2020 allowing their competitors to get the leap in the 5G market beginning with Samsung and Huawei this quarter. Now we're learning that the San Diego job posting may have been just the beginning of a big push by Apple to get into the modem business for iPhones and other devices over time.

A new Reuters report today states that sources have told them that Apple Inc has moved its modem chip engineering effort into its in-house hardware technology group and away from its supply chain unit, a sign Apple is looking to develop a key component of its iPhones after years of buying it from outside suppliers.

Johny Srouji, Apple’s senior vice president of hardware technologies, took over the company’s modem design efforts in January, the sources said. The organizational move has not been previously reported.

Making its own modem chips would likely cost Apple hundreds of millions of dollars or more per year in development costs, analysts said, but could save it money eventually.

Apple may also benefit by combining its modem chips with its processor chips, as Samsung, Huawei and most other phone makers do. That saves space and battery life, two important considerations if Apple introduces augmented reality features into future products. For more on this report click here.

Last summer C/Net and others were reporting that Intel modems were slower than Qualcomm's allowing Android phones to run faster on networks than iPhones. When Apple fans buy a premium iPhone, they want key features to be up to par with Android phones.

Whether this ongoing rumor of Apple designing their own modem chips will become a reality is unknown at this time, but with Apple taking the initiative to design their core processors and adding Machine Learning recently to their A12 Bionic chip, it would seem natural for Apple to want to take control of this important technology going forward.