Home Archives Contact Us Subscribe Twitter Facebook Patently Mobile
Apple Sued for Infringing 7 Patents originating from Samsung, LG and Panasonic over iPhones and the Apple Watch 4 using LTE
The new USB 3.2 Standard is Likely to Arrive on some new PC's this Fall Delivering up to 20Gbps 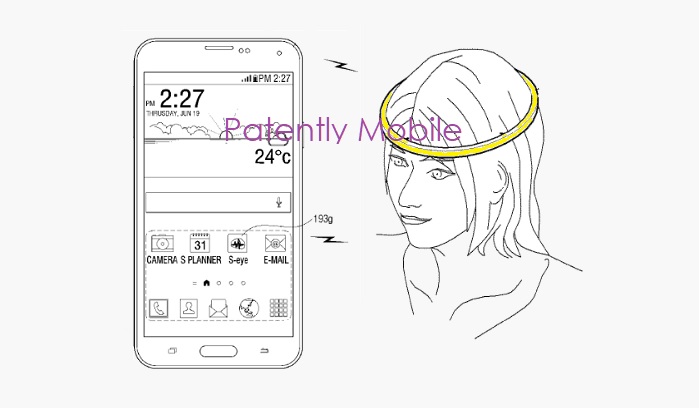 In a Patently Apple report posted yesterday titled "Apple's work with Smart Bedding Systems is ongoing and it may lead to a Specific Sleep Tracking App for Apple Watch," we showed that Apple and Samsung are both working on sleep applications and bedding systems that will monitor a user's vitals while they sleep. Apple and Samsung are playing catch up with Fitbit and Nokia's Withings. Today our Patently Mobile IP Blog has posted a report about Samsung's latest health app that is out to help users with eye-fatigue.

With most users these days in front of computer screens and smartphones all day, eye-fatigue is quickly becoming a problem causing harm.

Samsung notes in their patent filing that various types of services and functions for smartphones are ever expanding and displays resolutions are higher every year. 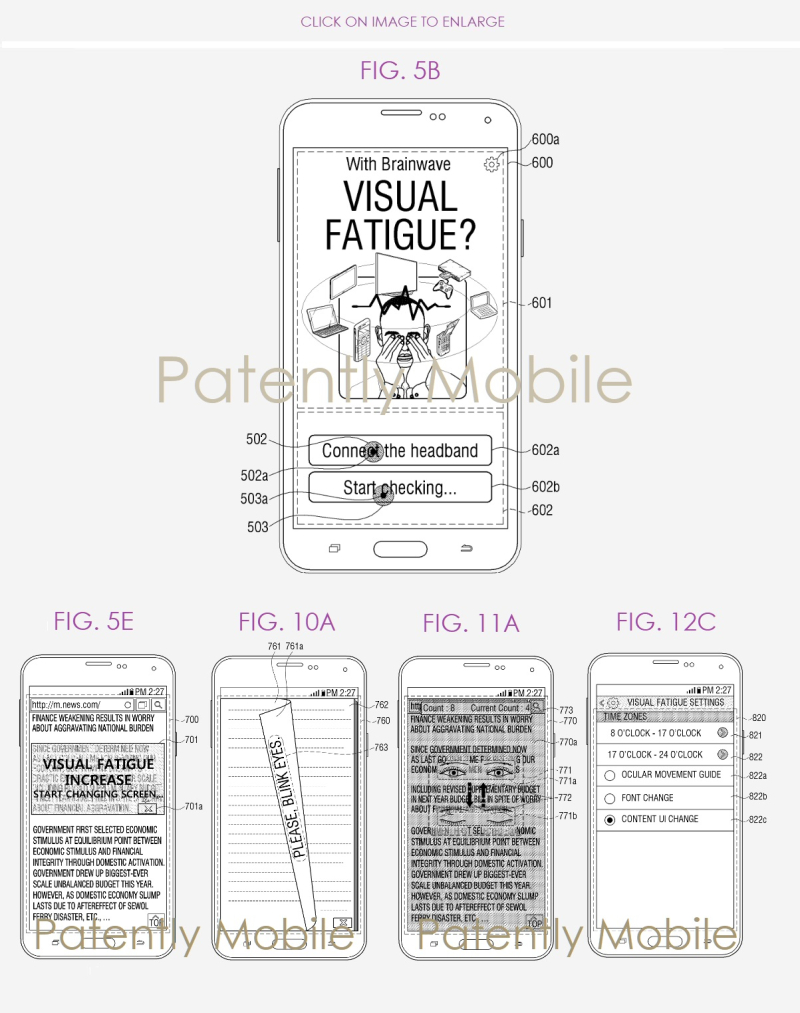 This is certainly an interesting health app avenue for Apple to pursue as well. Whether it's something that Apple may consider for their health application roadmap in the future is unknown at this time.

For more of the details of their invention, check out Patently Mobile's latest patent report titled "Samsung Invents a Head Device that works in Sync with a Brainwave Application," here.