Old News Travels Fast: Apple to Adopt 5nm with EUV for their 2020 5G iPhones that will deliver a Powerful Punch 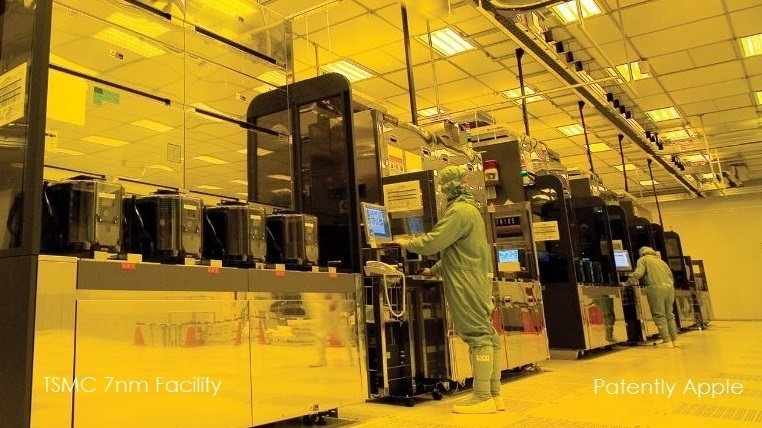 Why the news today from Digitimes of Apple adopting TSMC's 5nm processors with EUV for 2020 iPhones is being repeated by Apple news sites as if this is something new is mind numbing.  On January 23 Patently Apple posted a report titled "Apple is already Engaged with TSMC's 5nm Processor Team to Prepare for a 5nm iPhone in 2020."

The Digitimes report was simply pointing out that all major chip makers will be out in full force at the Mobile World Congress that kicks off on Monday. In fact, the Digitimes report is really about Apple's competitors using TSMC chips supporting 5G which Apple is not a part of for 2019.

The only reference to Apple is really an assumption that most Apple fans should already be aware of. The report states that "TSMC is expected to secure the first 5nm chip orders from Apple for the 2020 iPhone." But that was a given in our January 23 report. Other reports on TSMC's 5nm chips could be found here: 01, 02, 03 and 04.

Over time IBM and specifically TSMC have made in clear that the advantages of 5nm with EUV will be great advances for smartphones and headsets supporing AI, AR, VR, context-aware computation, AI and deep learning.

IBM added that 5nm processors would lead to power lasting days, a goal consumers have been dreaming and hoping for years.

In the end, today's Digitimes report didn't reveal anything new about Apple's adoption of 5nm with EUV that wasn't already known. But on a slow news cycle, old news travels fast.