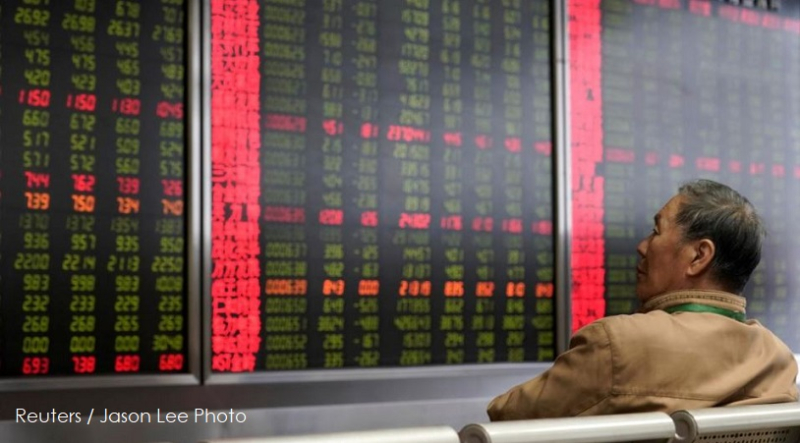 Reuters reports today that "Activist hedge fund Jana Partners educed its stake in Apple by approximately 175,000 shares, slicing its position in the company by 63 percent while selling out of Alibaba Group Holding.

In addition, Soros Fund Management and David Tepper’s Appaloosa Management sold out of their stakes in Apple.

Third Point LLC sold all of its shares of Alibaba and in streaming company Netflix Inc.

Omega Advisors, run by billionaire Leon Cooperman, sold all of its approximately 88,000 shares of Facebook and reduced its stake in Google-parent Alphabet Inc by approximately a third by selling approximately 47,600 shares." 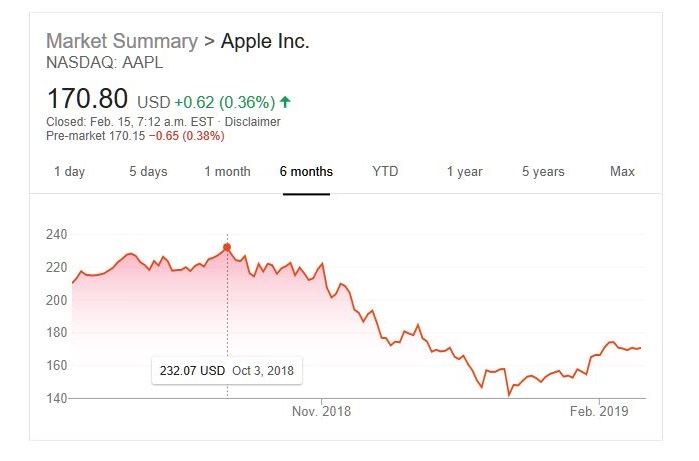 Apple's stock, AAPL, has rebounded since the Q4 sell off. However, Apple's six month stock chart presented above shows us that AAPL, now at $170.80, is still far off from it's October 3rd high point of $232.07. The low point for AAPL was registered on the day after Apple preannounced it would miss its fiscal Q1 2019 forecast.