Could Holographic Audio™ be the Next Big Thing coming to Headphones?

Back in 2006 a company by the name of Creative Technology sued Apple over the iPod infringing on their patent. When you enlarge the photo below you're able to see the marketing lingo of holding up to 2,500 songs on a 5GB hard drive device, having a vertical touch pad and a mini display like the iPod.

Negotiations with Jobs were tense, CEO Sim Wong Hoo recalls, and his American adversary did most of the talking. In the end, Sim walked away with a $100 million settlement. Later in a statement from Steve Jobs he said that "Creative is very fortunate to have been granted this early patent." The iPod went on to crush Sim's MP3 player. 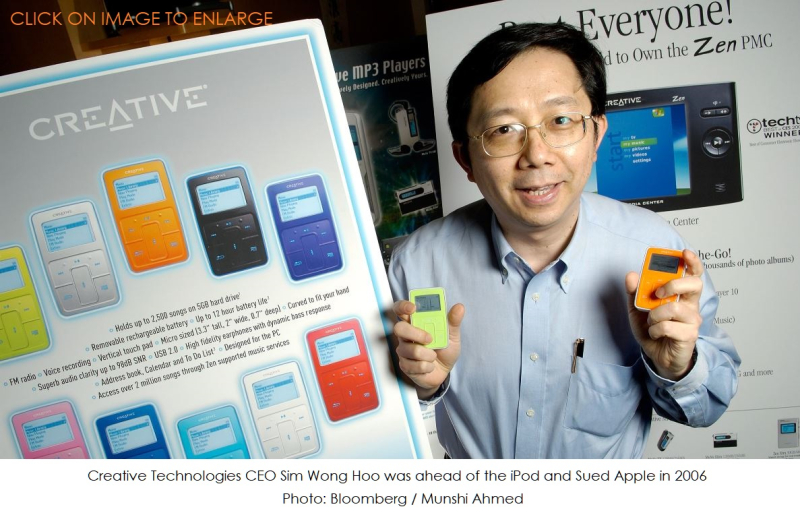 Sim is now back with another technology that could haunt Apple again if the right company like Samsung, Huawei, Sony or Microsoft would partner with Creative or even acquire them.

Sim's next big thing is "Holographic Audio" that works with a pair of headphones using a specialized app running on a smartphone. For now it's for Android phones only, though there is a photo of an iPhone X model in their marketing found on their website sxfi.com.

In another segment of their site under the SXFI AMP, they list macOS that it works with "Android Phones, Windows PC, macOS, PS4 and Nintendo Switch. Technically Mac users could check out the SXFI AMP today.

In 2018 there were a number of headphone related patents on record from Apple. None of the patents filed thus far mentions Holographic Audio, but of course Apple could be calling the technology something else.

Creative said last year that it was working on a wireless headset with their Holographic Audio technology built right into the headset and the new Bloomberg report confirms it's now available.

The Bloomberg report further notes that "The Holographic Audio technology, which is available in headphones or as a headphone amplifier, makes sound appear like it’s coming from multiple speakers placed at a distance around the listener, rather than from the headphone itself. As noted in the Bloomberg graphic above, users take a picture of their face and ear shape on the Super X-Fi app to create a tailored listening experience. Creative researched how thousands of different people perceived sound -- by, among other things, putting microphones in the subjects’ ears in a studio -- and fed the results into an artificial intelligence engine that then predicts how others will hear sounds.

Creative’s SXFI AMP headphone amplifier is sold at $150 and the SXFI AIR Bluetooth headphones retail at $160. For more on this story, check out the full Bloomberg report here.

Just as Apple was to debut their new over-the-ear headphones late last year, rumors spread that Apple was delaying their headphones product until 2019. That gave Microsoft the opportunity to enter the market in October and in time for Christmas without having to clash with Apple. It's big feature was next-gen adjustable noise cancellation.

Product reviewer Marques Brownlee fell in love with Microsoft's headphones when they launched but recently reviewed the new Sony noice cancellation headphones (WH1000XM3) and says that Sony is back on top in this product category.

While noise cancellation is where the battle is today, you have to wonder if Creative's Holographic Audio could be the next wow feature that consumers will demand in 2019-2020.

Will Apple have a similar feature coming to their headphones? Will Creative be on Apple's acquisition radar? If the technology is truly that "mind blowing" as C/Net described, then someone is bound to try and bring Holographic Audio to market sooner rather than later. With patents likely supporting their technology, Creative may have another winning hand. 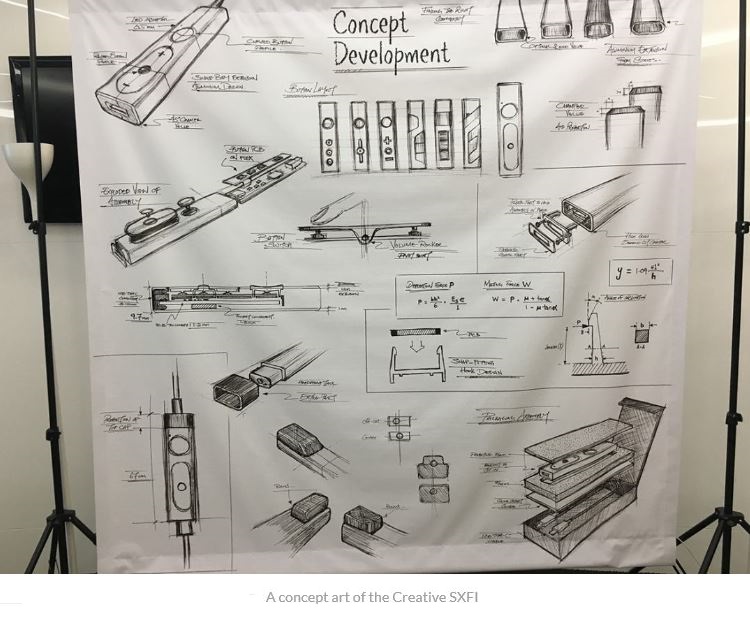 Tech Radar wrote earlier this year from CES 2019:  "In a few short years, headphone holography will be the biggest thing in audio. Dolby’s working on it, Audeze has dabbled in it, and Creative… well, Creative has already taken it to the next level."

PCWorld 1: "Hands down, this was the best demo of CES—and it’s the product I’m most looking forward to reviewing this year."

PCWorld 2, Gordon Ung, Executive Editor: I just finished the best demo of the show. It’s not a curved TV, it’s not 8K, it is, wait for it, Creative Lab’s new Super X-Fi technology...And it just floors you ... it’s gonna be a steal at US$150.

Lastly, Creative states at one point in their marketing: "Think of the magic of holography, but for audio, and for headphones. Super X-Fi Headphone Holography is real and is now. This is the holy grail of headphone audio."

Time will tell if it is.