Home Archives Contact Us Subscribe Twitter MeWe Facebook Patently Mobile
The new USB 3.2 Standard is Likely to Arrive on some new PC's this Fall Delivering up to 20Gbps
Apple Highlights Teachers and Students using their Technology in new Music and Media Programs around the U.S. 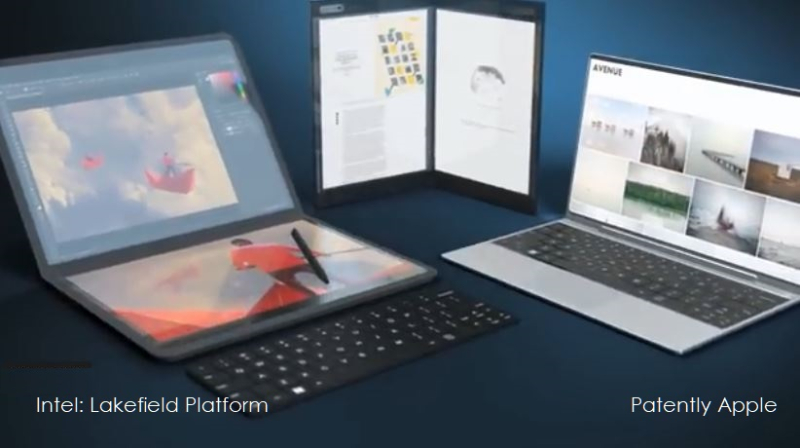 Both Samsung and Huawei introduced next generation foldable smartphones this month generating a lot of buzz across the media landscape. Consumers showed that they're excited about the future of foldable smartphones once the price comes down to earth. Another company working on delivering next generation of foldable devices and new form factors is Intel with their next-gen Lakefield platform which will knock the doors wide open for badly needed innovation in the PC space that could further challenge smartphones and tablets that are both in decline.

Patently Apple first covered this subject extensively back in a late October 2018 report titled "Foldable Notebooks and new Mobile Device Form Factors are in the Works from Wintel and Partners."

Perhaps one of the most interesting form factors is one Intel's prototype team dubbed "Copper Harbor," which is seen top-center in our cover graphic.

While these devices may or may not offer telephony, the units will provide a much larger design than foldable smartphone so that users could read more, truly multitask, flip it sideways and use one screen as a larger virtual keyboard and more on a super light weight device that could technically challenge notebooks in some ways for some users.

Microsoft has been silently working on this for years now so as to get the leap on Apple. There have been a number of Microsoft patents on these devices (01 and 02) and Microsoft hinted of this type of device in a Wired interview.  The project has gone under different names with one of them being Andromeda.

The technology that will power this next-gen revolution in PC form factors is Lakefield that will come with Foveros 3D Packaging. The video below lays out the basics of this interesting new architecture. While AMD's 7nm is making headlines in the PC world, Intel's 10nm Lakeview has the power to deliver all-new to market devices. 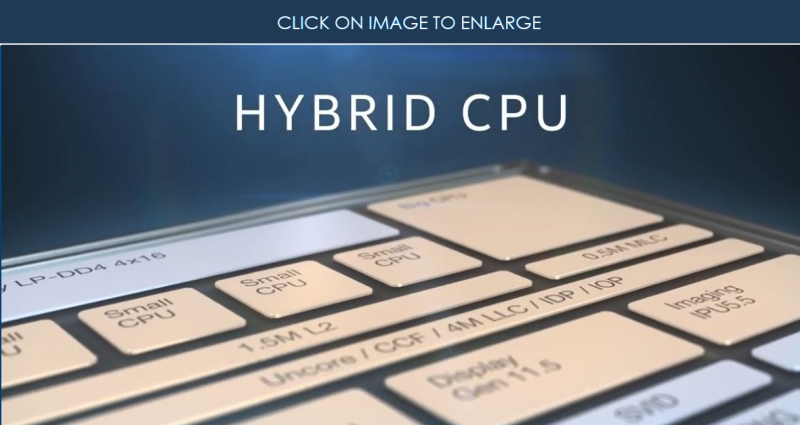 Intel covered a large swath of information on the basics that coming this fall from another platform called "Ice Lake" to "Project Athena" and other features like 5G, advanced AI and more. 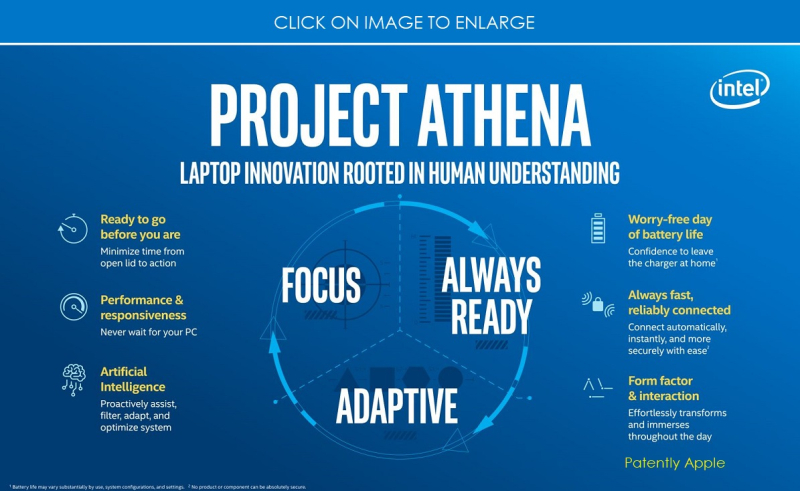 The Wccftech report notes that "Given the extremely tiny chip size and the resultant smaller board sizes, Intel expects Foveros and Lakefield to unleash a wave of new, uncompromised, PC devices, platforms and a range of an entirely new class of devices in the coming years. Check out the full Wccftech report for more of the geekier side of Intel's new Lakefield architecture here.