In Apple’s latest Conflict Minerals Report filed with SEC, it states that they directed its suppliers to remove from its supply chain five smelters and refiners not willing to participate in, or complete, a Third Party Audit or that didn't otherwise meet Apple's requirements on the responsible sourcing of minerals.

Further, Apple notes that that of the 253 smelters and refiners of 3TG determined to be in Apple's supply chain as of December 31, 2018, Apple found no reasonable basis for concluding that any such smelter or refiner sourced 3TG tha directly or indirectly finance or benefit armed groups.

Apple notes that they're committed to going beyond the minimum requirements in order to meet and exceed internationally accepted due diligence standards and protect people in its supply chain, with the ultimate goal of improving conditions on the ground in the Democratic Republic of the Congo and adjoining countries. 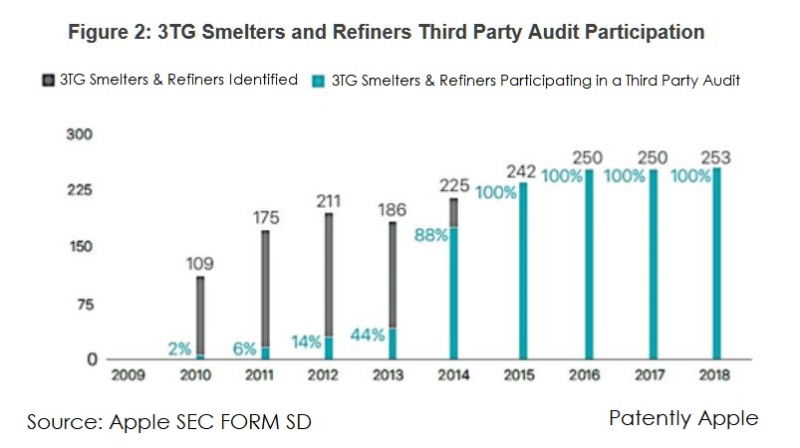 In another segment of their SEC filing Apple notes that "as part of its human rights due diligence and commitment to safeguard the well-being of people involved in its supply chain, Apple expanded its efforts to integrate human rights impact measurements into its responsible sourcing program in 2018. Third Party Audits are not currently designed to capture or assess to what extent conditions for people living in the affected countries are improving. Apple believes that measuring human rights impacts is a critical part of its due diligence process and that stakeholders should work together to further measure the impact of 3TG due diligence systems.

In 2018, Apple continued funding the International Peace Information Service ("IPIS"), an independent research institute, to measure the impact of due diligence programs on mining communities.

Apple also provided funding to two additional partners to initiate work to evaluate human rights impacts of minerals certification and traceability programs on communities living on or around mine sites—faculty in the Department of Public Policy at the University of California at Los Angeles are conducting statistical analyses of relevant in-region datasets; and the Harvard Humanitarian Initiative is collecting data on economic outcomes, as well as on gender and human rights issues, through quantitative and qualitative research in the DRC.

In 2018, Apple also funded an international expert and an organization specializing in land rights to conduct initial research for a Human Rights Impact Assessment (“HRIA”) of the impact of a potential traceability project on a local community in the DRC. Results from the HRIA research informed Apple’s decision-making with respect to the location of the potential project.

Apple believes that more data is needed to track progress on human rights improvements on the ground and that all stakeholders—government, NGOs, industry, and local communities—should work together to measure impact and improve the situation on the ground.

In 2017 "The Enough Project" listed Apple as the number one tech company that is developing efforts to support human rights activities by ensuring that they use conflict minerals in their products. 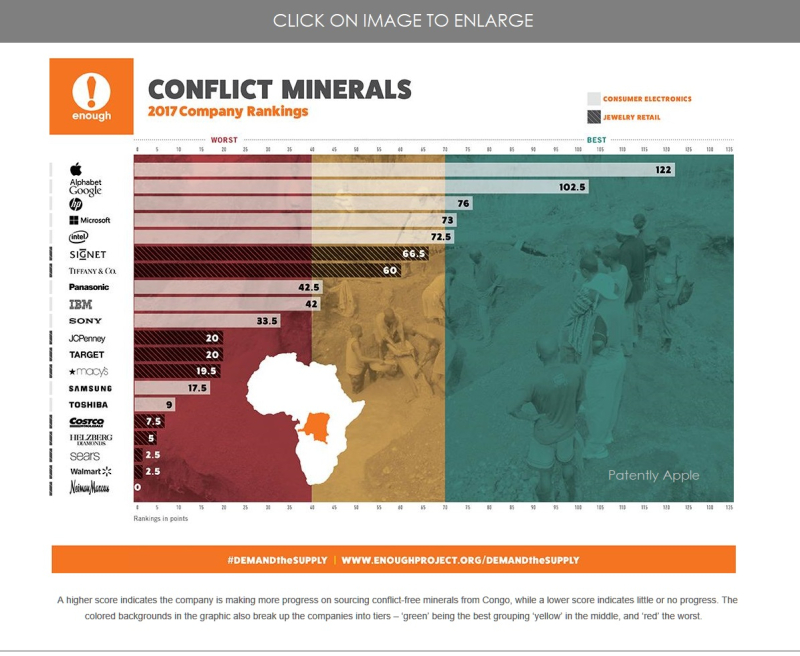