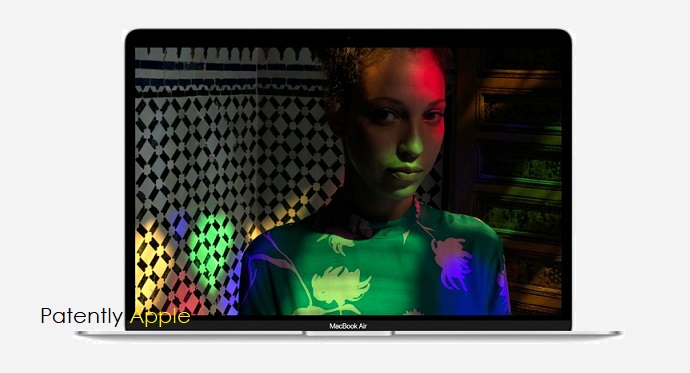 In early January Patently Apple posted a report titled "An Apple Supplier now Delivers a Sensor Breakthrough that will Totally Eliminate the iPhone's Nasty Notch." That eventuality will be beneficial for iPhones and Macs. The two major trends coming out of CES 2019 for computers this year was that premium notebooks were adopting OLED displays and an inverted camera notch to support close to bezeless displays. While it's unknown whether Apple will adopt any of these next-gen features for future Macs, one of Apple's patent applications published today by the US Patent & Trademark Office reveals that Apple is at least contemplating extending a camera styled notch to MacBooks and iMacs as patent figures 1 and 4 below reveal in context with patent FIG. 6 a notch. 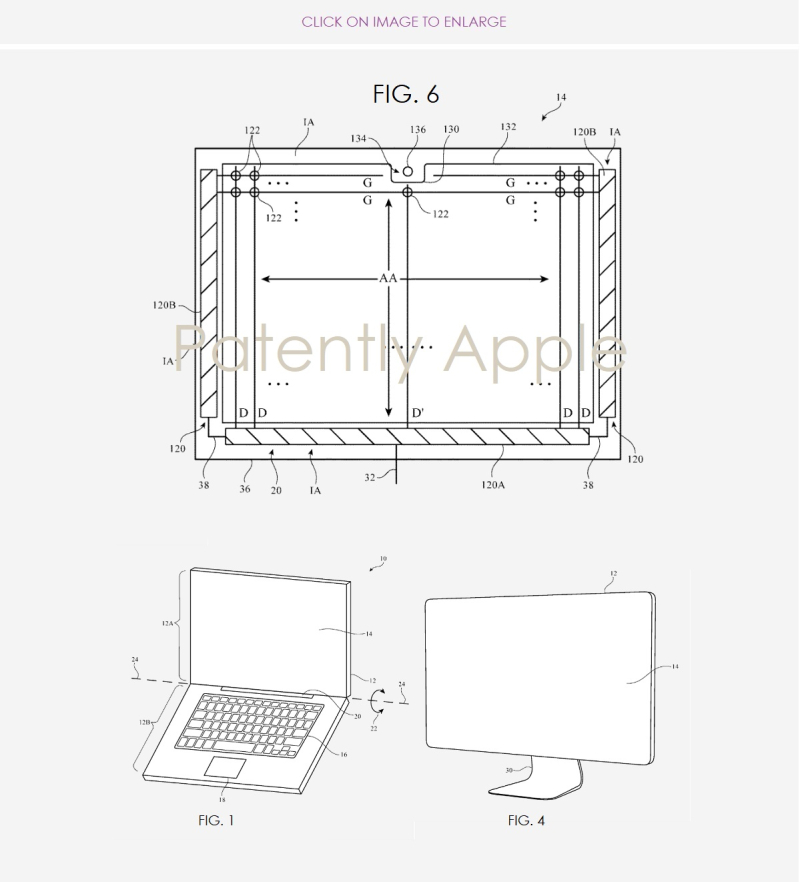 In patent figure 6 we see display #14. Apple states that "To help accommodate electrical components along the edges of the display without overly reducing the size of the footprint of display, the edges of active area of the display may be provided with locally recessed portions such as notches."

Do Apple fans want a notch on their MacBooks? While the camera under the display option that we pointed out at the top of this report would be ideal, a camera notch would still allow future MacBooks to be close to bezeless using a notch.

A non-scientific poll conducted by 9to5Mac last summer as shown below indicates that Apple fans are definitely hoping that Apple will update next-gen MacBooks if not iMacs with a close to bezeless design. For a company fixated with thin, it's amazing that they didn't extend that thinking through to bezeless displays. 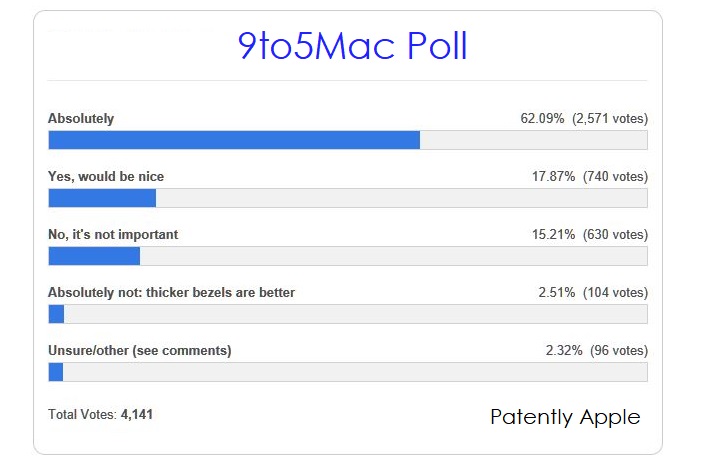 Apple's patent application 20190043452 was filed back in Q1 2018. One of the inventors of this patent is Victor Yin, Director of Mac and iPad Display Engineering. Considering that this is a patent application, the timing of such a product to market is unknown at this time.