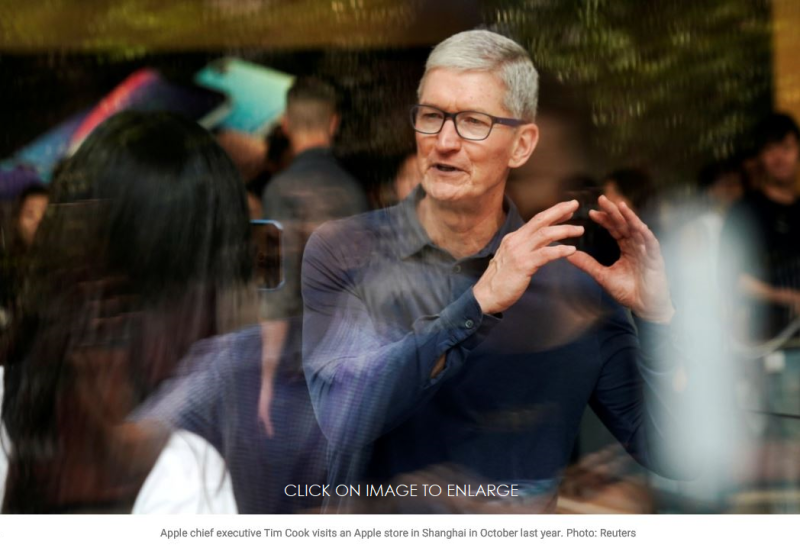 In late December Patently Apple posted a report titled "The Tide of Support for Huawei against Apple is Growing as the Communist Party Pushes for Huawei Subsidies." The report pointed to a series of Huawei suppliers instigating a program whereby employees buying an iPhone could be fired or docked the price of the iPhone off their pay. In addition, the Communist Youth League had posted articles on social media urging companies to subsidize Huawei products. That combined with Apple's iPhone prices being way to high for the Chinese market due to the dollar exchange delivered a losing quarter for Apple while Huawei's market share only grew.

South China Morning Post reports today that Apple reported a 19.9% decline in shipments in China in the fourth quarter while Huawei reported a 23.3% gain. It seems that the informal boycott and high iPhone prices was to Huawei's benefit. 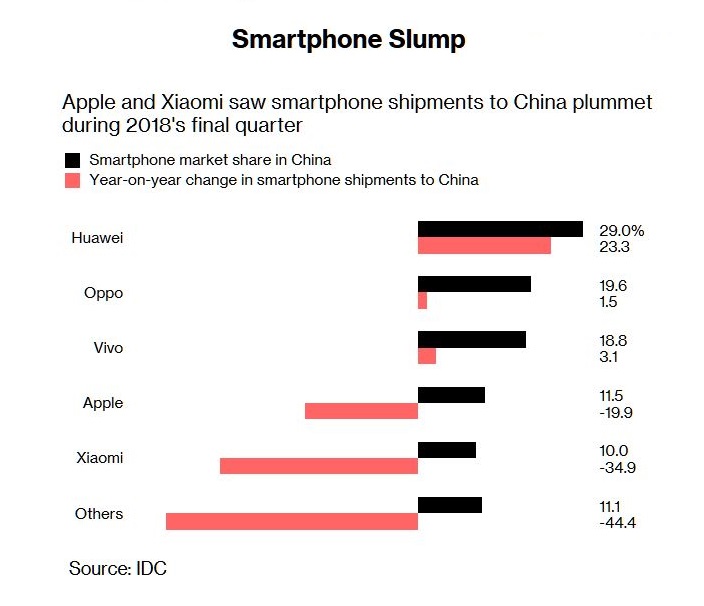 Right out of the gate in January Apple's CEO focused on cutting iPhone prices in China before the Chinese New Year, perhaps as an informal test. Apple's customer base reacted like lightning to the lower prices with online sales at two of China's largest stores, Alibaba and Tmall, with iPhone sales increasing 76% over a 15 day period.

The slowdown in China has spilled over to 2019. Chinese New Year sales growth dropped even though dollar wise it slightly grew, according to a second South China Morning Post report.

The growth rate could be even lower if there is an escalation in trade tensions with the United States, which is China’s top export destination.

A delegation led by US trade representative Robert Lighthizer and US Treasury Secretary Steven Mnuchin will visit Beijing on Thursday and Friday this week to continue negotiations to reach a trade deal before the March 1 deadline.

The outlook for a deal remains unclear, with the US threatening to increase the tariff on US$200 billion of Chinese imports from 10 per cent to 25 per cent unless there is an agreement by the deadline.

At the annual Central Economic Work Conference in December, which set the economic policy agenda for this year, Chinese President Xi Jinping stressed that the government would focus on building a powerful domestic market as a countermeasure to external pressures from the trade war with the United States."

To be sure the U.S.-China trade negotiations is key for both countries. White House economic adviser Larry Kudlow said last week that Treasury Secretary Steven Mnuchin and U.S. Trade Representative Robert Lighthizer will travel to China to continue discussions from the previous week, describing them as having a "good vibe."

Kudlow told FOX Business’ Stuart Varney: "We’ve got a pretty sizable distance to go here. To quote a colleague of mine – 'we have miles to go before we sleep.'"

Besides the U.S.-China trade deal being paramount for Apple's success in China, Huawei and other Chinese smartphone OEMs will be introducing 5G smartphones this year that should provide them an edge over Apple this year.

While 5G won't be widespread in China in 2019, the larger cites like Beijing, Shanghai, and Shenzhen could be set to start 5G services and that translates to servicing populations adding up to 58 million. A second report shows more cities may be on track for later this year. Huawei will launch their new 5G smartphones at the Mobile World Congress event starting on February 25th.

Samsung launches their 5G smartphone on February 20th and will be the first smartphone company to hit the U.S. with 5G services on the Verizon network.

While It could be a very tense year for Apple in China until there's a trade deal with China, at least for today the South China Morning Post reports that "All 21 mainland China-listed companies that supply the iPhone maker, according to Bloomberg data, closed higher on Monday, as did the four that are listed in Hong Kong."