Prior to Apple's Missed Quarter, Tim Cook Pulled in a Cool $12 Million Bonus 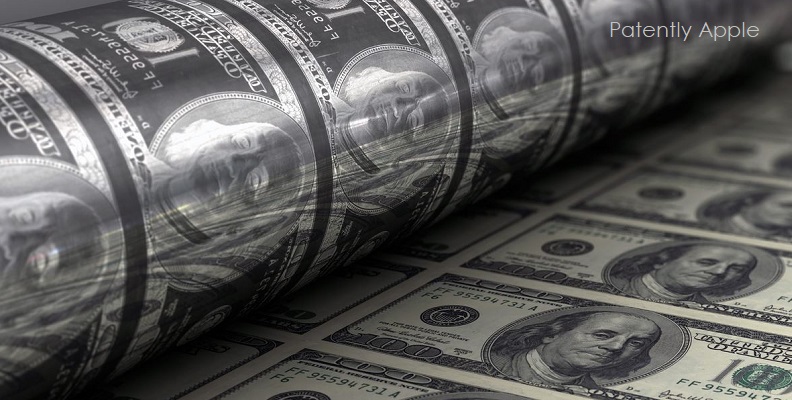 According to new reports this week, Apple's CEO Tim Cook took home his largest bonus ever. In fiscal year 2018, Apple's market value temporarily surpassed $1 trillion while it posted record levels of revenue and profit. That resulted in a handsome $12 million bonus for Cook, on top of his $3 million salary.

Cook was paid that at the end of Apple's Fiscal 2018 period ending in September 2018. Learning about it now is odd timing in light of last Wednesday's preannounement that the company would be reporting revenue below it's original guidance for calendar Q4 2018, Apple's fiscal Q1 2019. The graphic below from Statista shows Cook's bonus history. 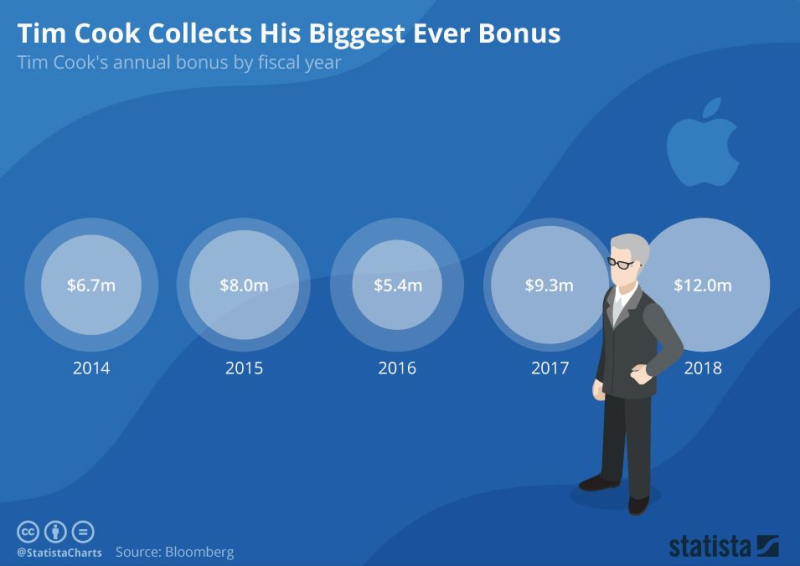 According to Bloomberg, his bonus was linked to revenue and operating income targets, both of which increased 16 percent from a year earlier. Previously, Cook's biggest bonus payout came in 2017 when he took home 9.3 million.

I guess in a warped greedy-way you could say that Apple is getting Tim Cook at  a bargain price. With Q1 2019 failing to hit Apple's target will we see Apple's board lower Cook's bonus in 2019? Only time will tell.