Home Archives Contact Us Subscribe Twitter Facebook Patently Mobile
The days of 'Android Switchers' to iOS being a Selling point in the U.S. Market appears to be close to Dead
Apple Updates their Commitment to Component Manufacturing that Fuels U.S. Job Creation

As Apple considers a Major shift to OLED for their entire iDevice Line-up by 2020, Sharp and BOE could be big Winners 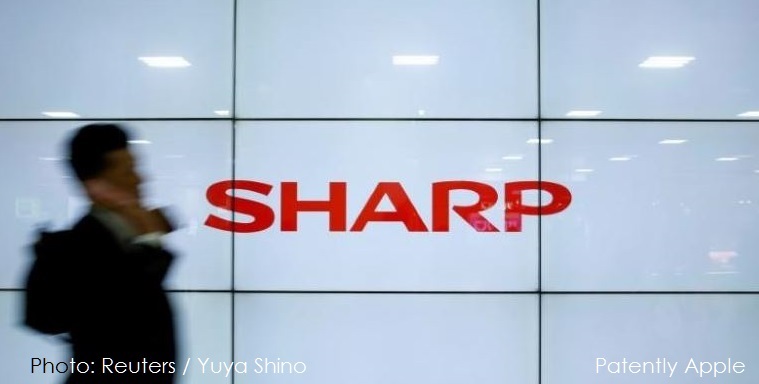 Foxconn aggressively acquiring Sharp back in 2016 was to enter the TV market and make OLED panels for Apple. Foxconn was willing to invest in equipment to assist Sharp shift from LCD displays to OLED allowing them to enter Apple's supply chain by 2020; something that the Wall Street Journal only echoed last week. In 2017 Patently Apple reported that Foxconn/Sharp plan to manufacture OLED at an iPhone plant in China.

A new report by Digitimes today refreshes Foxconn's long standing goal. The report states that "Sharp has rolled out its OLED panel line designed for handsets, the sources indicated. Sharp, under the Foxconn (Hon Hai) Group, is also seeking to enter the supply chain for the future iPhones featuring OLED displays."

It was also mentioned that Foxconn's Fitipower is engaged in the development of OLED panel driver ICs jointly with Sharp which could be a plus for Sharp making panels for Apple.

Foxconn has been a long standing stable partner of Apple's and on that basis alone we should see Foxconn/Sharp gain Apple's favor in assisting them make a major push into OLED panel expansion in the next couple of years.

The Digitimes report added today that BOE was improving their production yield rates, a good sign that Apple could being eying them as a future supplier.