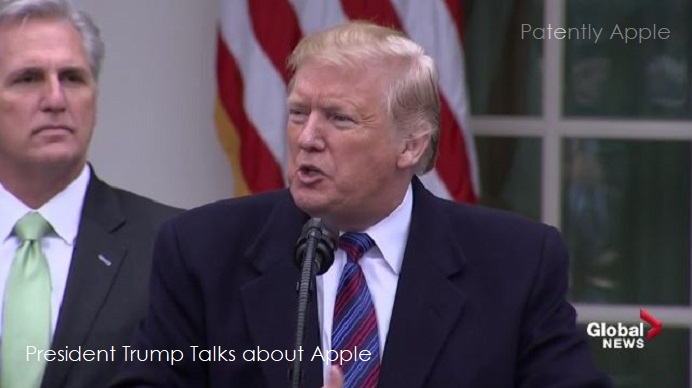 Apple's CEO Tim Cook basically tried to blame the lower iPhone sales in China on the US-China trade tensions in an interview with CNBC that we covered in a report yesterday, instead of acknowledging that there's now stronger local smartphone competition in China taking market share away from them. Nice scapegoating.

Earlier today President Trump's reply indirectly to Cook was that he doesn't fear the impact of Apple’s stock on the U.S. economy because Apple mostly makes its products in China. He further stated that "China is the biggest beneficiary of Apple, more than us. Because they build their products mostly in China."

Earlier today Bloomberg interviewed Larry Kudlow, National Economic Council Director in the Trump administration, to talk about the blowout good news with the December Jobs report while touching on Apple in respect to China.

Kudlow said that one the key points in the US-Trade talks is about China's ongoing IP theft. "That may be a part of the Apple issue. I don't want to surmise too much here, but Apple technology may have been picked off by China and now China is becoming very competitive with Apple. You have to have a rule of law." You can hear Kudlow on Apple starting roughly at the 10:24 mark of the Bloomberg video.

UPDATE JAN. 7, 2018: Commerce Secretary Ross on CNBC earlier this morning denies Apple's revenue warning tied to China. You can hear is comments on this starting around the 1: 45 mark of the video below.