Apple won 48 Patents Today Covering a Breaking System for an Adjustable Headset Band, an Update to the Face ID Projector + 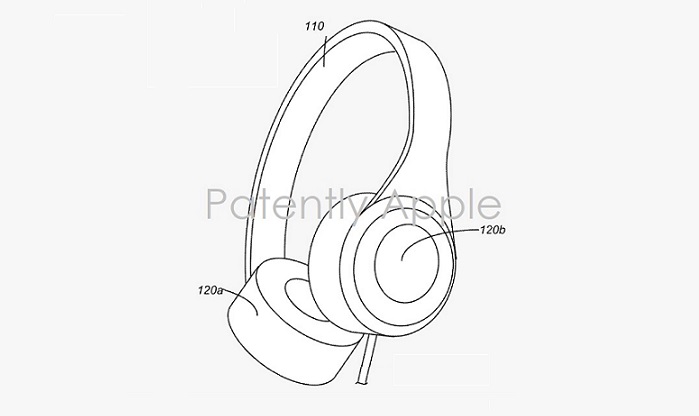 Earlier today Patently Apple two granted patent report covering a chameleonic Apple Watch band and fabric making equipment. In our last patent report of the day we cover a breaking system for an over-the-ear headphone band and an update to the Face ID projector so that it stays perfectly aligned to ensure security integrity. We wrap up this week's granted patent report with our traditional listing of the remaining granted patents that were issued to Apple today.

Apple has been busy inventing different features for their future over-the-ear headphones with a minimum of three recent patent filings (01, 02 and 03). Today, Apple was granted a patent (#10,178,463) which covers a breaking system for an adjustable headband. 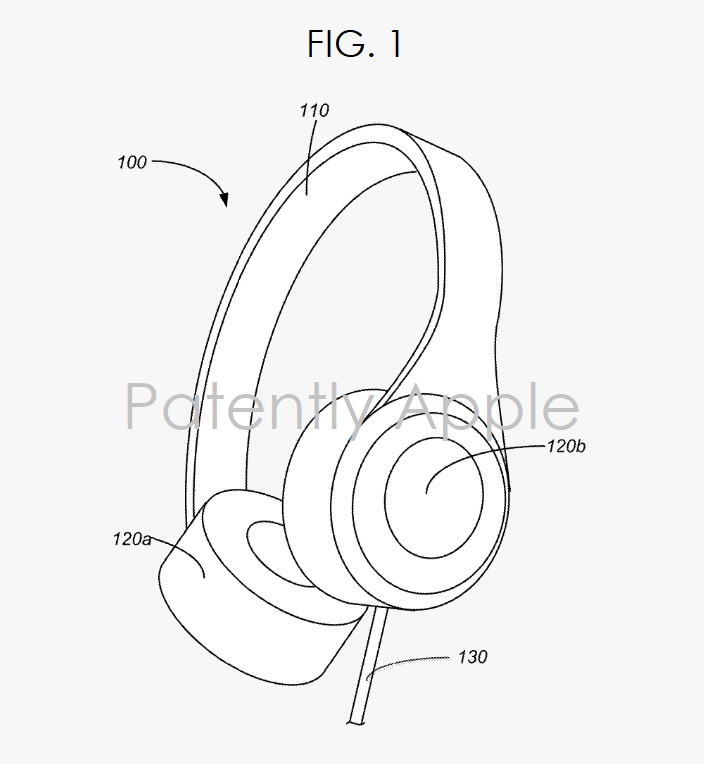 The invention enables the length of the headphone band to be smoothly adjusted to better accommodate listeners having different sized heads while minimizing binding of the adjustment mechanism and thus providing an improved user experience.

To view the details of Apple's "Headphone" invention click here.

Another patent of mild interest was one titled "Integrated optical modules with enhanced reliability and integrity." The projection system on Apple's iPhone X models for Face ID can get out of alignment if the phone is dropped or the thermals inside the camera get too hot. Apple's granted invention compensates and allows the projection system to reset itself.

Apple notes that "Another issue that can affect the performance of projection modules in consumer electronic devices is loss of mechanical integrity. For example, if a mechanical or thermal shock causes the patterning element in a projection module, such as a diffractive optical element or other patterned transparency, to break, become detached, or shift out of place, the module may emit an intense, highly directional beam, rather than a structured pattern as intended.

Embodiments of the present invention that are described herein address these problems by incorporating electrical traces and control circuitry into integrated optical modules, in order to detect and handle faults and deviations that can occur due to thermal and mechanical perturbations.

In some embodiments, the same traces and control circuits may be used both to detect and compensate for temperature variations and to detect and protect against injury that may result from loss of mechanical integrity. Alternative embodiments address these problems individually.

Apple's patent FIG. 1 is a schematic side view of an optical module with temperature and integrity control circuits; FIG. 3 is a flow chart that schematically illustrates a method for monitoring and controlling an integrated optical module. 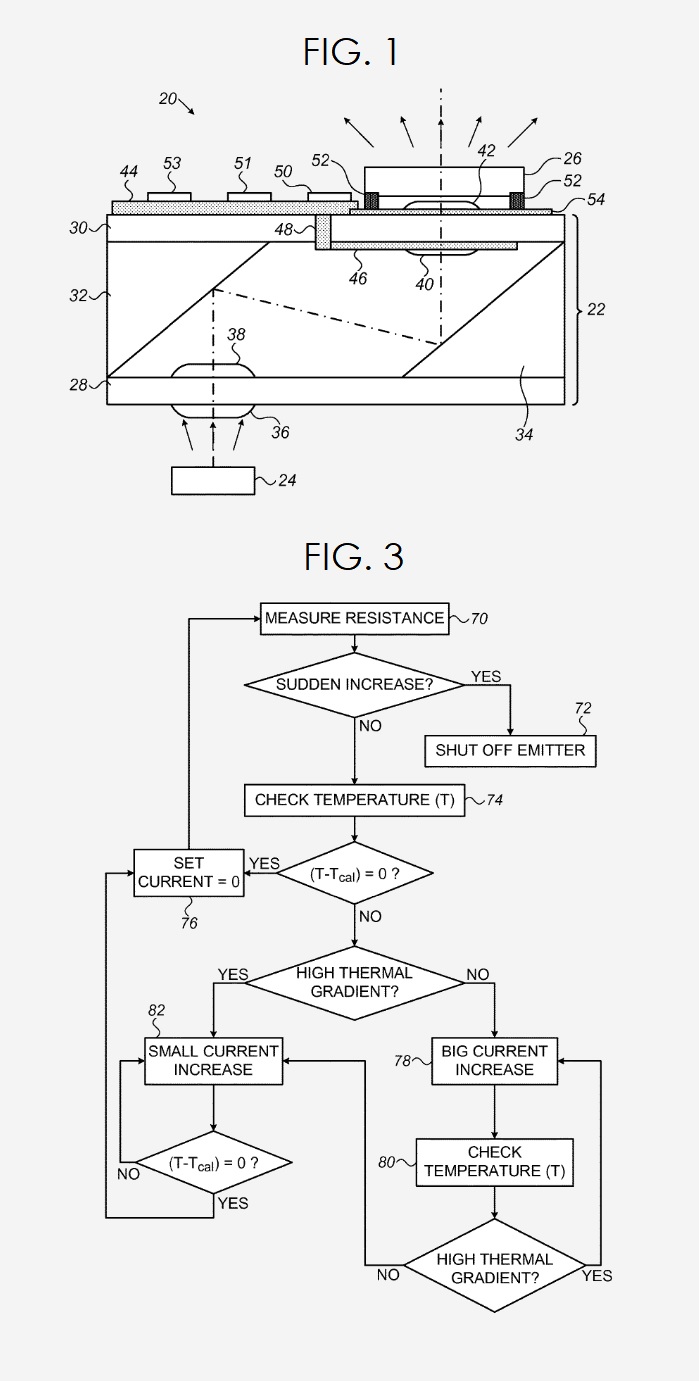 Back in June 2017 Patently Apple covered a granted patent relating in-depth for Light Field Capture for iPhone cameras relating to Augmented Reality and cameras in head mounted displays. You could check out our report here.

Today Apple was granted a second patent for this invention. The changes were so finite I couldn't find them other than to see that two patent claims were dropped.

In case another site claims that this is a new patent, it most certainly is not. It's a tweak to an existing patent likely for technical reasons to ensure that the patent examiner grants Apple this patent.