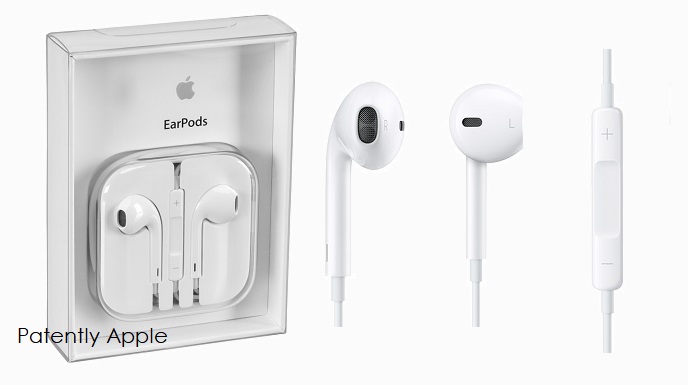 Apple has filed for an update to their EarPods trademark in both Europe and China. The update centers on providing extensive International Class coverage.

This week Apple legal filed new trademarks for EarPods in both Europe and China with both being filed under two International Classes 9 and 42 this time. Below is the European filing (018012322), and China's application (not shown) was filed under # 304808386.

Updates to a trademark can at times provide us with hints as to what Apple could be adding to a device. Click on the graphic below to read the full coverage of EarPods. 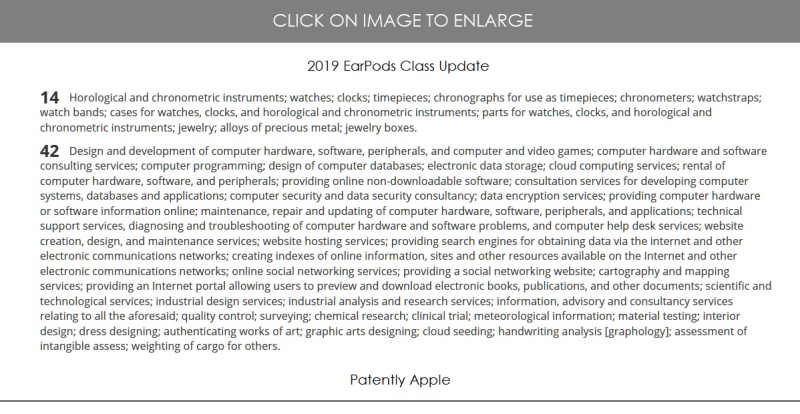 It's a mystery as to why Apple chose to cover EarPods under Class 14 being that it's pretty restricted to time pieces, watches. EarPods are wired headphones and so that could mean a pendant styled Apple Watch with connectivity to EarPods. Of course that's a wild guess and not a rumor. If you have any ideas on this, send in a comment.

International Class 42 is completely new to the EarPods trademark, so take a guess as to why Apple has chosen to add this class. It adds music and video games amongst many other possible features.