Home Archives Contact Us Subscribe Twitter Facebook Patently Mobile
Apple's Q1 of any year will be lower than the Holiday Quarter but the Nikkei thinks that a 10% Cut in iPhone Orders is big News
With Streaming Music Soaring & Next-Gen Media Services around the corner, Apple's CEO is Deadly Focused on Services

AMD's keynote was delivered this morning at CES 2019 and it was AMDs first keynote.  The drama was high as fans worldwide awaited news of the next-gen 7nm CPU for desktops based on the Zen 2 architecture. AMD noted that Apple MacBooks and iMac desktops use AMD exclusively which obviously opens the door for Apple's next-gen Mac Pro's to adopt the new Radeon VII which has the power equivalency to the new Nvidia RTX 2080. For PC's in general, the new GPU will go on sale on February 7th for US$699. Our report has a video on the new GPU specifically as well as one of the full keynote.

Video only on the new Radeon VII GPU 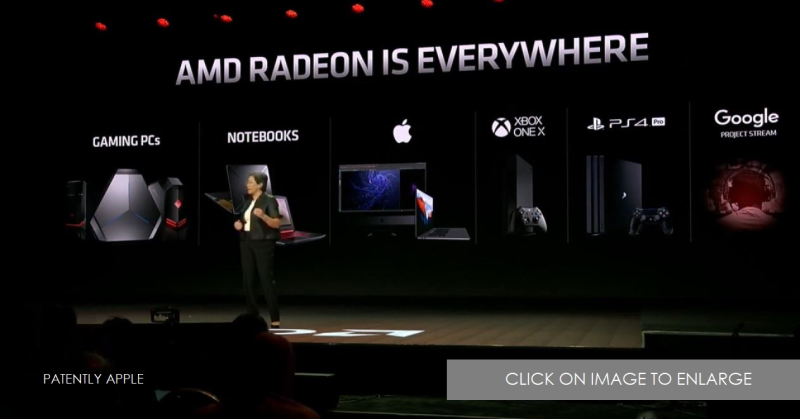 Video of the entire AMD Keynote

Select Images from the AMD Keynote 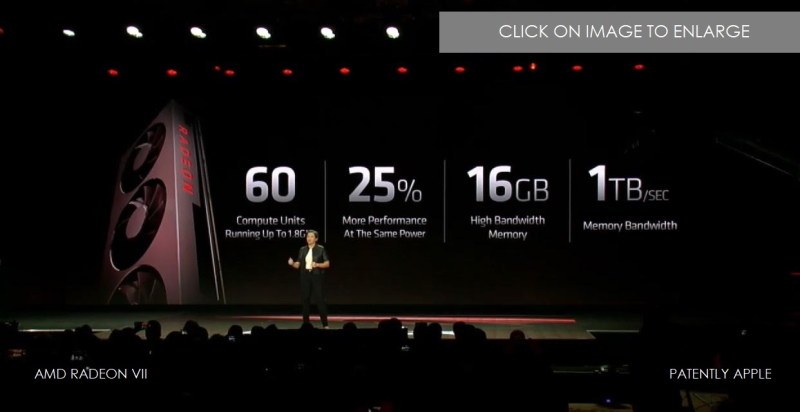 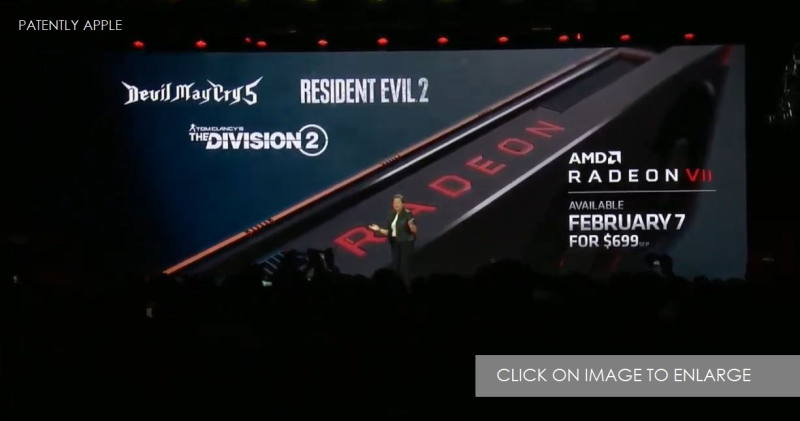 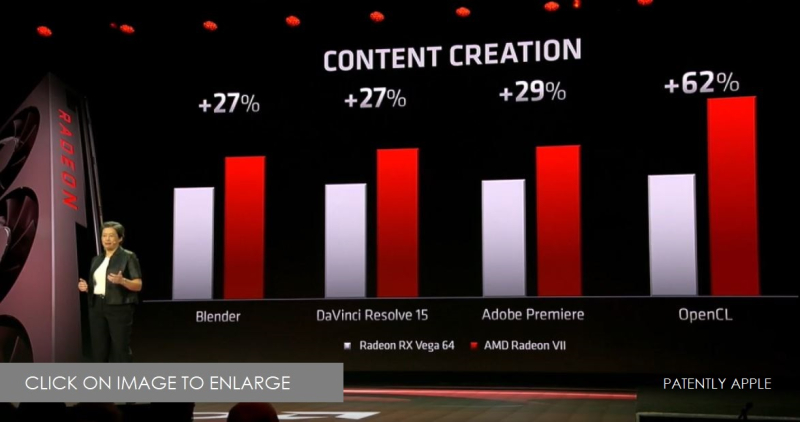 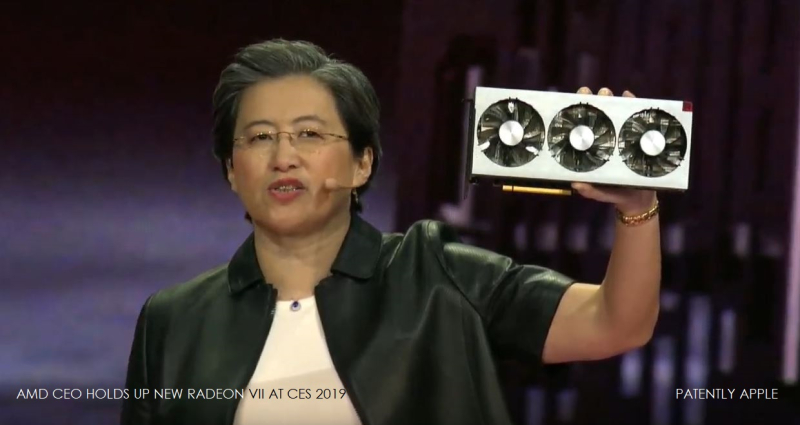 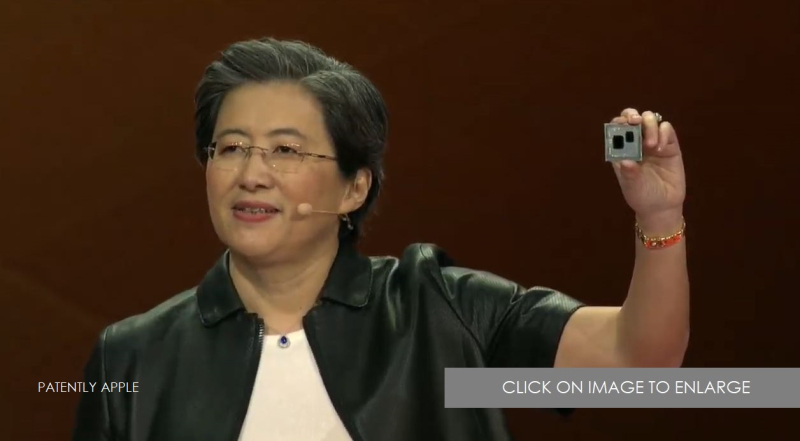 Disappointingly for PC fans, AMD didn't provide the full lowdown on their 3rd Generation Ryzen on 7nm. AMD did show that it outperformed Intel's new i9 in a benchmark test done on stage and that AMD plans to launch it at a separate event closer to mid-year. 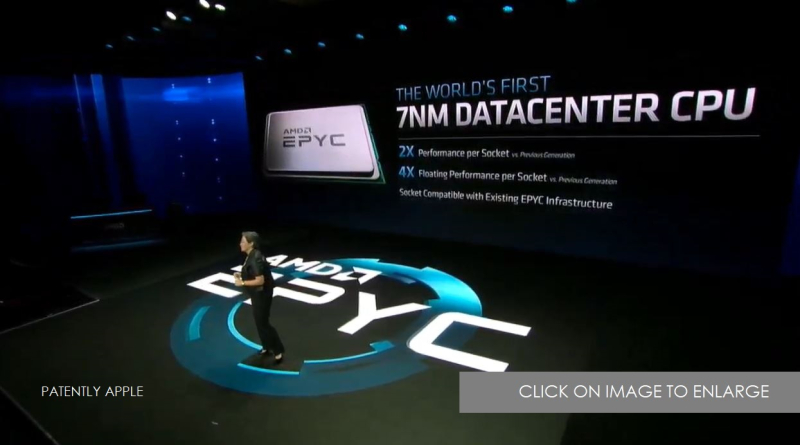