While the G20 US-China Meeting ends with a 90 Day Halt to new Tariffs, Details of a Major Breakthrough in the making Emerge 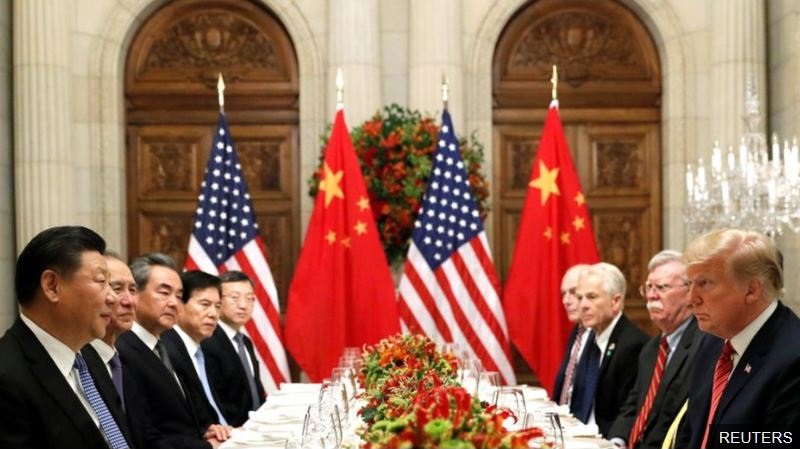 Apple's iPhones will avoid a new 10% or higher tariff as the US-China talks agree to a 90 day freeze on tariffs as the two side try to iron out a fair deal for both economic giants. The G20 meeting has already produced positive movement Beijing saying that  the two sides agreed to open up their markets, according to a BBC report. That would produce a major breakthrough if it actually pans out in early 2019 if not a historic deal in terms of shear scope of issues.

The US says China agreed to "purchase a not yet agreed upon, but very substantial, amount of agricultural, energy, industrial, and other products from the United States to reduce the trade imbalance between our two countries."

This would be considered a major victory for the U.S. and particularly the Trump administration that has been the most aggressive administration in history in ensuring that America be treated fairly in any and every trade deal on the planet that safeguards and increases American jobs.

According to the US, China has also signaled it will allow a tie-up between two major semiconductor manufacturers which Chinese regulators have been blocking (Qualcomm and NXP).

Chinese Foreign Minister Wang Yi told reporters after the talks that "the principal agreement has effectively prevented further expansion of economic friction between the two countries."

For more on this story read the full BBC report here and/or the Reuters report as a second source. The stock market should rally on this rather positive news tomorrow and Apple should get an uptick for escaping a new tariff. Update Dec. 3: AAPL did get a jump in the morning + 1.78%, $3.24/share.