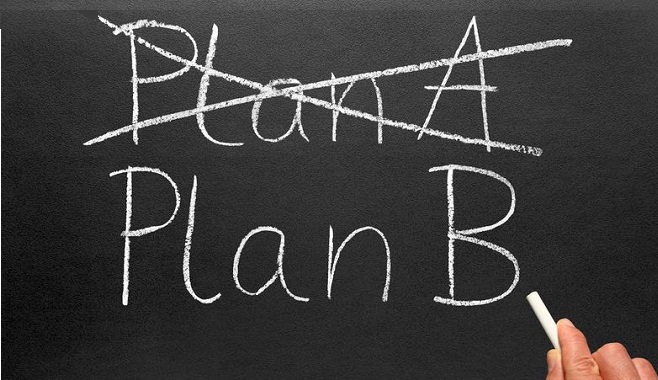 A new supply chain report published today claims that Apple is in talks to shift production of older iPhone models such as the iPhone 6 to a key Taiwanese supplier in a bid to avoid the loss of billions in revenue in China as a result of a long-running global patent row with Qualcomm. Earlier this week a Chinese Court ordered an injunction on iPhones in China. The shift in production is Apple's work around should their Appeal before the court fails to stop the Court's injunction.

One of the sources with direct knowledge of the situation said Apple had held initial discussions with Pegatron about whether the Taiwan-based company could take on more iPhone production to make up for the impact of the ban. No decision has yet been taken, however.

Apple has also said it could implement software updates "to address any possible concern about our compliance with the order," according to a report by Reuters (which is a must read). The Reuters report also claims that it could cost Apple US$87 million to get the ban lifted. However it was unclear whether this would be accepted by the Chinese court.

Qualcomm on Thursday stepped up its assault by seeking a court order to extend the ban to Apple's iPhone Xs and Xr models. It is believed that Pegatron will still be exempt due to its licensing arrangements.

The preliminary ruling states that Qualcomm had argued "the judgment and ruling of this case are not applicable to the cellular products manufactured by Pegatron Corporation with the commission of Apple Inc."

Taking into account a consumer shift to newer models, it is estimated that the order barring production of older iPhone models by Foxconn and Wistron could hit Apple's sales by some $5 billion in 2018 or 3% of total iPhone revenue.

This could be halved to about $2.5 billion if Pegatron is exempted, two sources said. And if Apple later decides to ask Pegatron to step up production, the impact would be even less, the sources added.

"Each iPhone assembler's negotiation with Qualcomm is slightly different," a source with direct knowledge of the matter told the Nikkei Asian Review. "Pegatron's patent coverage to Qualcomm is more than Foxconn and Wistron. That's why it is exempted in this case."

Qualcomm confirmed to the Nikkei Asian Review on Thursday night that iPhones manufactured by Pegatron were excluded from the injunction. "Pegatron has a license to both patents" that the Chinese court had ruled Apple had infringed, Qualcomm said.

Bloomberg selectively chose to reveal only that which would support a wild byline and without seeing the full document, the article's slant has to be put into question.

At the top of the month Apple's legal team led by attorney William Isaacson told Judge Gonzalo Curiel that a settlement wasn’t in the cards, adding that "The parties are going to need a trial. There have been unfortunate articles lately that the parties are close to a settlement, and that is not true. There haven’t been talks in months."

Apple has stated earlier this week that "Qualcomm's effort to ban our products is another desperate move by a company whose illegal practices are under investigation by regulators around the world. All iPhone models remain available for our customers in China." This isn't a position of throwing in the towel as the Bloomberg title intimates.

Qualcomm has suffered many negative rulings in their battle with Apple to date. Below are just a few examples:

02: An ITC Judge Painfully Points Out that one of Qualcomm's Witnesses who was paid Millions for his Testimony against Apple isn't Credible

03: Another Setback for Qualcomm as a Preliminary Ruling Forces Qualcomm to license Modem technology to Intel

The evidence thus far demonstrates that Apple will fight this battle with Qualcomm in the U.S. and Germany and will not be deterred until this is concluded legally and not in cheap shot injunctions.

On Wednesday it was reported that Apple has an ongoing project to make their own iDevice modems and a published job posting confirms that position.

Qualcomm is under some deranged delusion that they'll be able to have Apple happily come back to them at some point in time once they see the light. I don’t think Qualcomm realizes that Apple's disdain for them will ensure that they'll use any modem and even make their own before giving Qualcomm another nickle in over priced licensing fees which are regarded as monopolistic by government institutions around the globe.

In the end Bloomberg's byline of "Apple Says China iPhone Ban Would Force Settlement With Qualcomm" sounds more like the position that Qualcomm has taken from the beginning. In late November Patently Apple posted a report titled " Qualcomm's ongoing claims to be on the Doorstep of Resolving their Legal Battle with Apple remains a PR Ploy." This position was supported by Apple's lead attorney who rebuked Qualcomm's PR statements in court days later as we noted earlier in this report.

With Qualcomm's CEO pushing his propaganda in interviews with CNBC, Bloomberg TV and others, Apple's CEO Tim Cook should be out their countering every major interview that CEO Steve Mollenkopf gives. While court rulings are what matters in the end, Apple should still engage in a war-like PR campaign of their own to counter Qualcomm's propaganda.