EU is just looking for an Excuse to Investigate Apple Pay 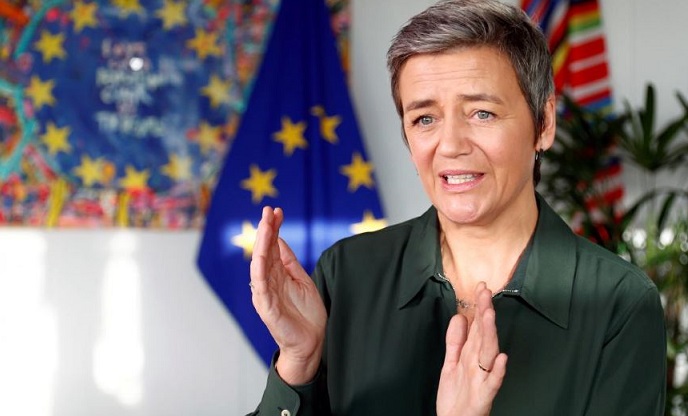 EU regulators looked into Apple’s mobile payment service and found it was not market dominant but they could review it again if they receive formal complaints, Europe’s antitrust chief said on Monday. The brief interview comes across as if Vestager is advertising that she just needs an excuse to go after Apple again.

Critics say that an NFC chip embedded in the Apple iPhone means that Apple Pay is automatically selected when an iPhone user pays for goods and services, barring rival payment methods. The Danish Competition Authority is investigating the issue, which was brought to its attention by the Danish Consumer Council.

“When we were looking at it ... (at) first glance, we couldn’t see Apple being dominant. That doesn’t exclude in the future that we will have a second look. But when we looked some time ago, we didn’t find ... the necessary (evidence) to start a case,” she said.

“Obviously if we had official complaints, we would take that seriously because the entire payment market is a very important payment market.”

In an interview with Reuters, European Competition Commissioner Margrethe Vestager also signaled that Google and Amazon would remain very much on her radar until the end of her mandate late next year.