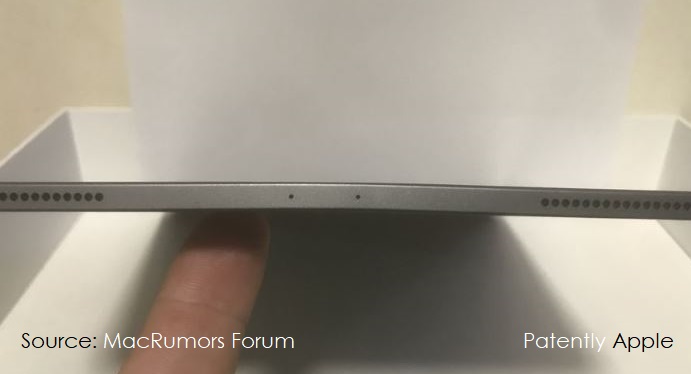 Before Unbox Therapy jumps in on this issue and bangs the "Bendgate" drum again, the news is already breaking that some iPad Pro customers are receiving bent iPads.  Apple has confirmed that some of its 2018 iPad Pros are shipping with a very slight bend in the aluminum chassis. Apple never likes to admit fault for anything and has decided to call the defect a "side effect" of the manufacturing process. More specifically, Apple reportedly claims that the the bend is the result of a cooling process involving the iPad Pro’s metal and plastic components during manufacturing and that effects both sizes of the new iPad Pro. Apple conveyed this to The Verge earlier today.

Those who are annoyed by the bend shouldn’t have any trouble exchanging or returning their iPad Pro at any Apple Store or other retailers. The Verge asked Apple if it has communicated this problem with their stores being that they had read some accounts of employees telling people it’s accidental damage and warrants an AppleCare+ claim (and deductible) to replace. That shouldn’t be the case for a slight bend. Apple also says it has not seen a higher-than-normal return rate for the 2018 iPad Pro so far.

Those receiving a bent iPad Pro would certainly call this a defect along with a few expletives. They won't be agreeing with Apple that this is "Normal." This should have been picked up by Apple at the factory floor level or at least immediately divulge the issue in a press release. That would have been professional instead of rattling off something in an email to a single online publication. Apple clearly has quality control issues.

Our cover graphic is from a photo published on a MacRumors Forum here.