Apple's Legal Team Sets it Straight about the Legal War with Qualcomm: A Settlement isn't in the Cards 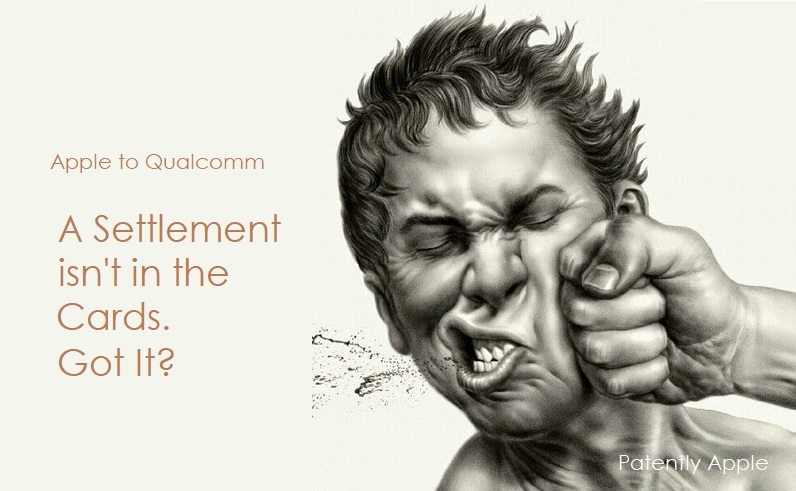 On Wednesday Patently Apple posted a report titled "Qualcomm's ongoing claims to be on the Doorstep of Resolving their Legal Battle with Apple remains a PR Ploy," and was the only site to contradict the lazy headlines of the day. Late yesterday Apple cemented that position by stating that there are no settlement talks, as the judge set April 15th as to when the battle with Qualcomm goes to trial.

Apple attorney William Isaacson told Judge Gonzalo Curiel on Friday that a settlement wasn’t in the cards, adding that "The parties are going to need a trial. There have been unfortunate articles lately that the parties are close to a settlement, and that is not true. There haven’t been talks in months."

How close is that to calling Qualcomm's CEO Steve Mollenkopf a liar? The verbal slap-in-the-face could be heard in Anchorage Alaska.

The San Diego Union-Tribune further reported that "Apple contends Qualcomm has concocted a scheme that allows it to overcharge for patents in violation of patent, contract and antitrust laws. According to Apple, Qualcomm is getting paid twice for its intellectual property – once when it licenses its patent portfolio and a second time when its sells cellular modem chips."