Home Archives Contact Us Subscribe Twitter MeWe Facebook Patently Mobile
Apple's Legal Team Sets it Straight about the Legal War with Qualcomm: A Settlement isn't in the Cards
While the G20 US-China Meeting ends with a 90 Day Halt to new Tariffs, Details of a Major Breakthrough in the making Emerge 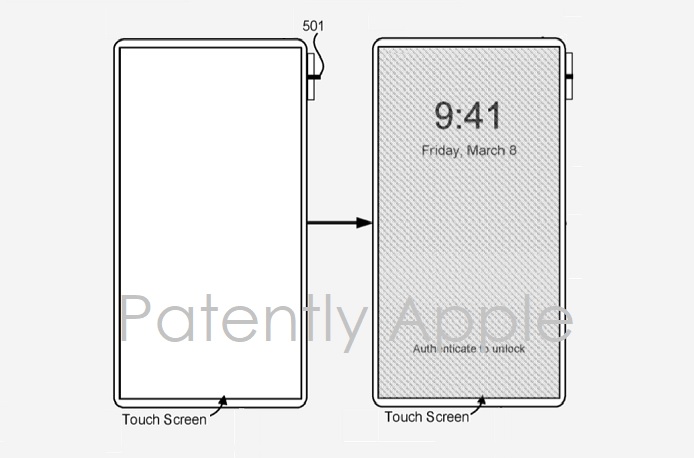 Earlier today Patently Apple discovered an Apple patent filing in Europe that covers iPhone X replacing the classic Home Button with an all-new GUI methodology dependent on gestures. The new user iPhone interface design reinvented the iPhone's appearance with a new cleaner look that allows for a near full-display experience. Touch ID was replaced with facial recognition which is briefly covered in their patent filing.

Apple begins with the patent's background. Apple notes that some electronic devices, such as handheld devices, include a permanent home button on the front face of the device that, when activated in a predetermined manner (e.g., when pressed for a single time), dismisses a currently displayed user interface and displays a home screen of the device.

Apple invention covers the original iPhone X interface that was the first iPhone to eliminate the classic Home Button. 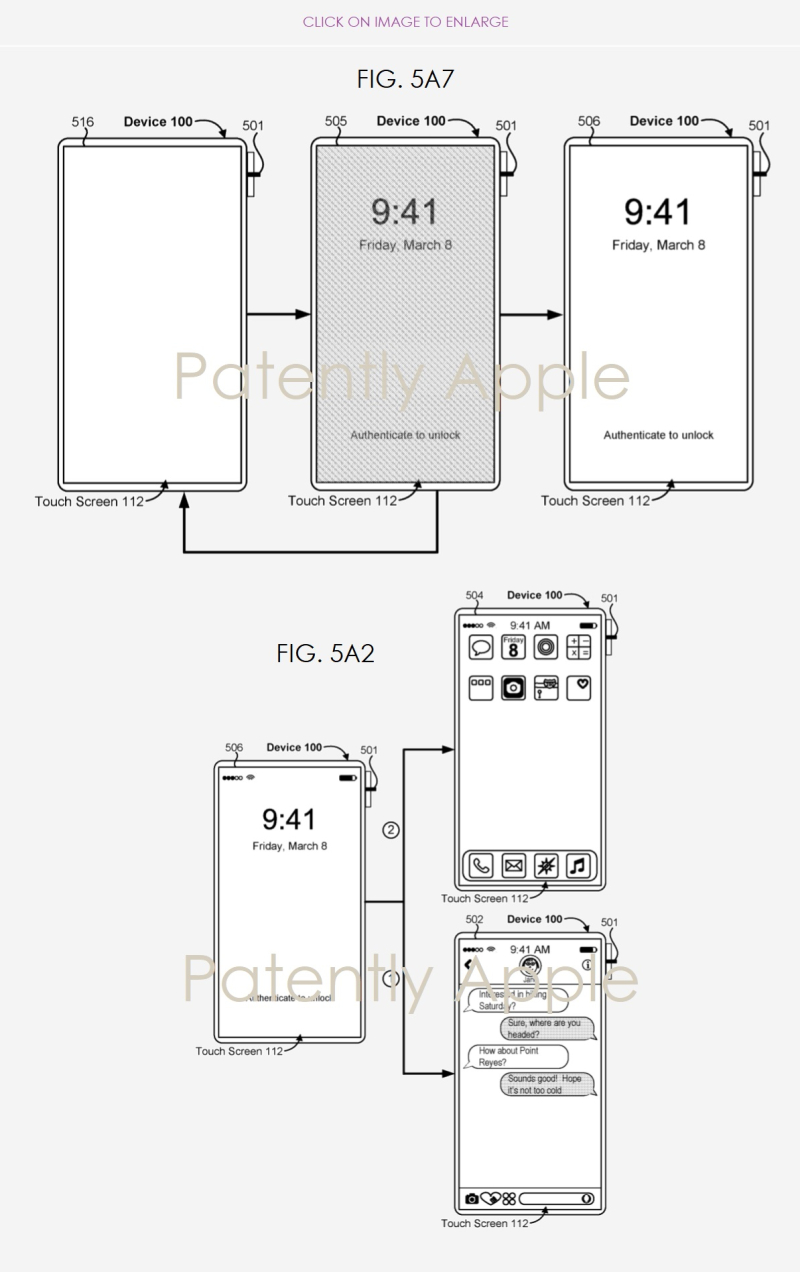 Apple's patent Figure 5A7 above illustrates displaying a preview of a lock screen when starting an activation of the button #501 and then displaying the lock screen when the activation of the button is completed; Apple's patent Figure 5A2 illustrates unlocking device #100 to display the most recently displayed user interface prior to locking.

Apple's switch to an all new way of operating an iPhone was a huge undertaking. The radical shift has changed the way we interact with our iPhones forever and provided a way for Apple to introduce close to an all screen interface which modernized its appearance.

It would be impossible to do this patent justice with a brief summary alone. Apple fans wanting to review this massive 237 page patent application filed in Europe could review it in the Scribd document below.

Apple's patent application was originally filed back in Q2 2018 and published in Europe on November 22, 2018.  This is a patent fulfilled.