Apple's Future 5G Service Bundles could include Movies, TV, Gaming and Music in Order to take on Netflix's Dominance

Apple's new movie / TV service that's currently under development is, for the time being, known as "Apple Worldwide Video." Their content budget is dwarfed by Netflix and Amazon. Apple had reportedly started their project with a billion dollar budget that will grow to four billion by 2025, according to a Loup Ventures 2017 report. Amazon and Netflix reportedly have budgets in the $7-8 billion dollar range in that same timeline. How will Apple be able to win that market with a smaller budget? Obviously Apple must have a different game plan.

In a new research report published today they illustrate how Netflix is the dominating streaming services on multiple levels as presented in the infographic below (Click on the image below to enlarge).

Today Lab42 Research, LLC (Lab42) released a research report on consumer behavior for streaming video providers, including Netflix, HBO Go, Hulu, and Amazon Prime Video services. Lab42 finds that Netflix is the dominant force among streaming video providers. It has the greatest percentage of all users, greatest percentage of exclusive users, and the highest retention rate.

All in all the statistics as presented by Lab42 for Netflix are impressive, even if they fail to mention Netflix's huge debt hanging over their head.

When it comes to Netflix, Apple may have a few advantages up their sleeve, with some known and others not. One angle that's different than Netflix is that Apple is teaming up with cable companies and offering a new Apple TV box that will control local TV programming mixed with Apple TV and/or partner video services.

This began Vivendi's Canal+ back in May. Other deals mentioned at WWDC 2018 include one with Switzerland's Salt (began Nov.14th) and another with U.S. Charter Spectrum (rumored for December).

U.S. Charter Spectrum provides services to over 26 million customers in 41 states and is currently the second-largest cable operator in the United States by subscribers.

Apple has Apple Music that they could bundle in with their video content services along with gaming. During Qualcomm's Snapdragon Tech Summit last week it was clear that the three big streaming services that will take off first on 5G networks will be Gaming, TV and movies and Mixed Reality as shown in two of Qualcomm's slides presented below. 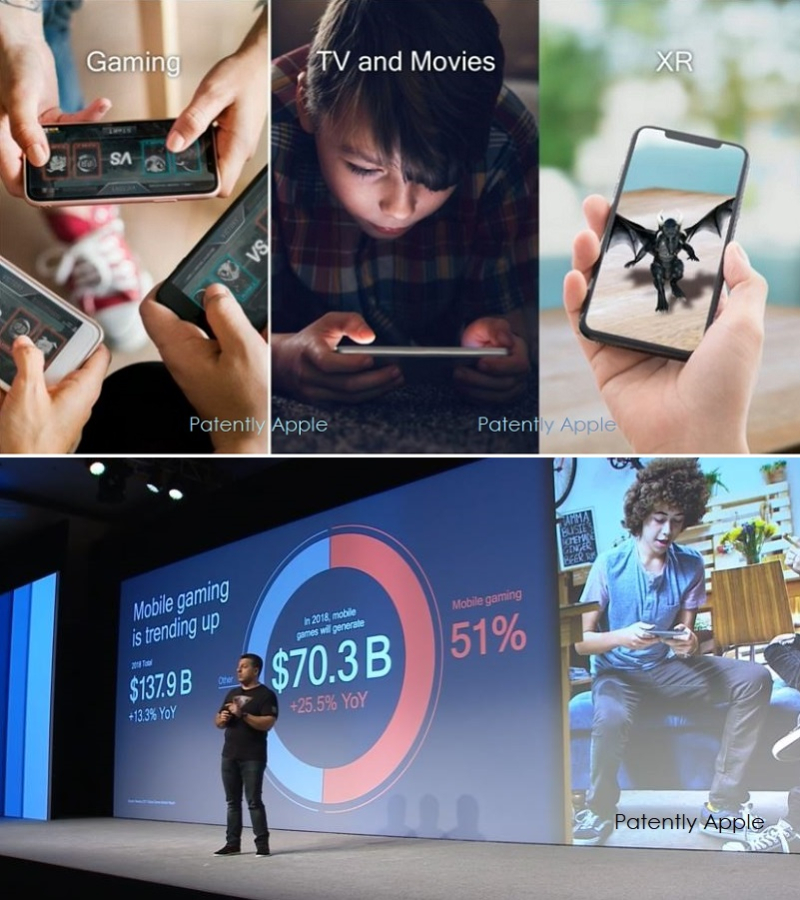 Samsung will be first in the U.S. with a 5G smartphone that will run on Verizon. Announcements will likely reveal more details at the Mobile World Congress at the end of February.

Samsung's foldable smartphone with a large 7.3" display on the inside is designed for TV experiences and games. 5G speeds will bring 4K mobile gaming and content to life. Samsung is a leading OLED display TV maker and so they want to be able to protect that market with a new smartphone geared for the 5G Mobile TV era.

Huawei, Wintel (with Project Copper Harbor) and even Apple are working on smartphones with larger displays for content streamed on 5G networks. This could be another possible advantage for Apple over Netflix by controlling the premium quality of user interfaces for gaming, TV, movies and music.

Instead of delivering a folding smartphone for delivering content on 5G networks, Apple may choose to introduce smartglasses or another kind of headset that will provide an immersive experience beyond a phone or tablet. Qualcomm showed off the glasses as presented below in a slide for delivering "immersive" content. 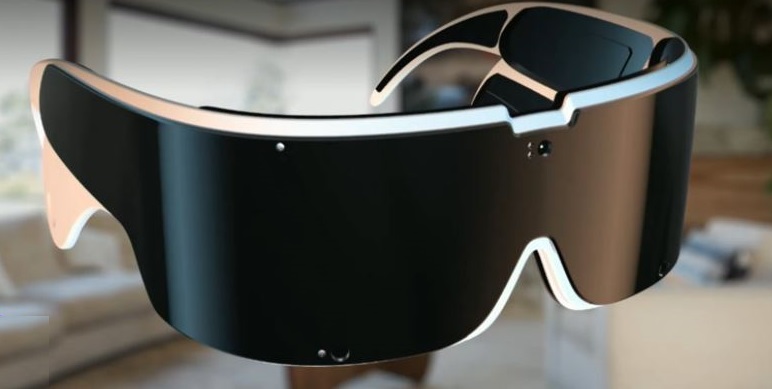 At the end of the day, it'll be interesting to see 5G devices roll out in the 2019-2022 timeline that will be able to deliver the next generation of entertainment experiences and convenience.

While Netflix has the lead today, as pounded home by Lab42's report, Apple will be able to take their huge base of customers now subscribing to Netflix from iTunes and bring them over to their new service. They'll have new hardware, software and distribution channels to meet the different needs of consumers around the globe.

While Netflix may be the leader of streaming content today, will they be able to hold onto their lead as other richer players enter the market over the next 18 months?

Apple's CEO has been pounding the table for services for more than a year now and Apple's coming video service will definitely be targeting Netflix. Will Apple be able to topple the king of streaming content today? As always, only time will tell. What are your thoughts on this?