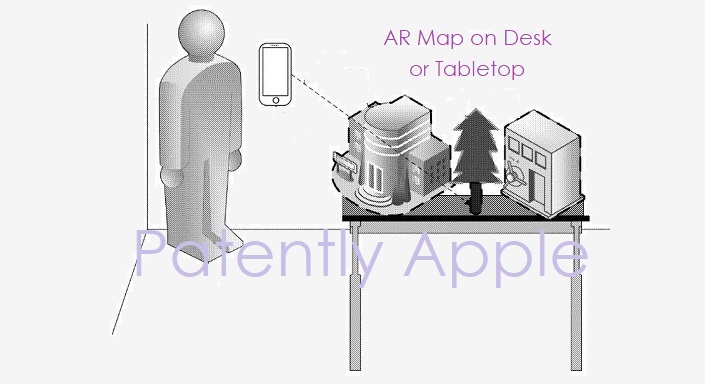 Today the US Patent & Trademark Office published a patent application from Apple that relates to future iDevices being able to view Augmented Reality Maps on a tabletop or desk.

We've seen demos of game environments transferred to a table top and various Apple product demos. Apple is promoting "SwiftShot" to create AR games that could play out on a tabletop today as explained by Apple here.  Now Apple wants to bring AR to Apple Maps with the same kind of viewable execution. 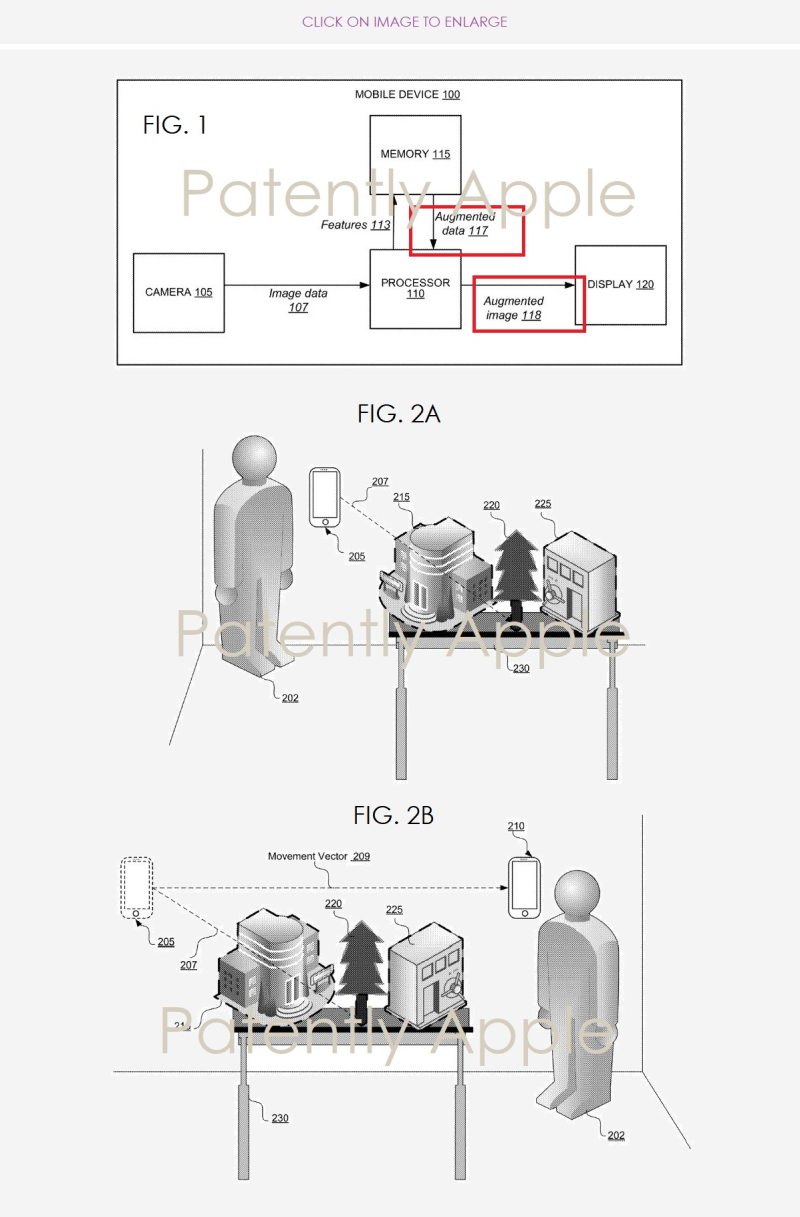 Apple's patent FIG. 2B above presents a diagram depicting a user using a movement-controlled user interface of the augmented reality virtual map to view the three-dimensional map from a different perspective with respect to FIG. 2A according to some embodiments of the invention.

Apple further notes in respect to FIG. 2A a diagram depicting a user (#202) using an iPhone to view a virtual map. Specifically, the user may use a physical camera of the mobile device at initial position (#205) to capture an image of the desk (#230). The iPhone may identify the desk as a suitable surface (e.g., a horizontal surface or flat surface) on which to overlay a map image including three dimensional map objects (e.g., building #215, tree #220, and bank #225). So, an iPhone may display the three dimensional map objects onto the desk as seen on the display of the mobile device.

Apple's patent application was filed in May 2016. Considering that this is a patent application, the timing of such a product to market is unknown at this time. A few of Apple's inventors listed on this patent include Storrs Hoen (Master Scientist/Engineer) and Aidan Zimmerman (Senior Product Design Engineer).