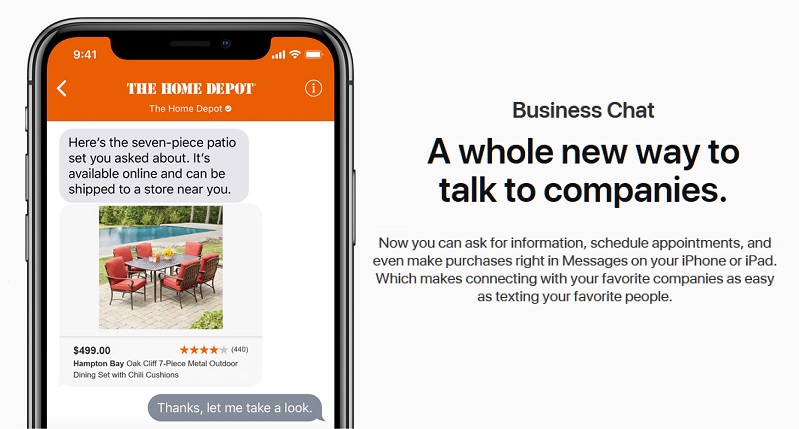 On Thanksgiving Day the US Patent & Trademark Office published patent applications from Apple relating to Business Chat and Face ID that uses a machine learning process to identify users accurately.

Apple's Business Chat is a powerful new way for organizations to connect with customers directly from within Messages. Using Business Chat, your customers can get answers to questions, resolve issues and complete transactions on their iPhone, iPad, Mac and Apple Watch. Customers can find your business and start conversations from Safari, Maps, Search and Siri.

Part One and Part Two

Apple notes in one of their patent applications that that current methods for contacting businesses such as retailers and service companies to conduct inquiries are outdated, time consuming, and inefficient. More particularly, inquiries of businesses are usually conducted via in person visits of storefront locations, by voice calls, emails, or by the submission of contact forms on web sites. The latter two options are both associated with lengthy delays in response time and do not allow for two way communication that is frequently necessary to solve problems or conduct transactions. In person visits are disruptive for customers and time consuming. As a result, the vast majority of customer service inquiries are still handled by voice calls. However, voice calls themselves can be very frustrating experiences for customers with lengthy hold times and difficult to navigate interactive voice response systems. 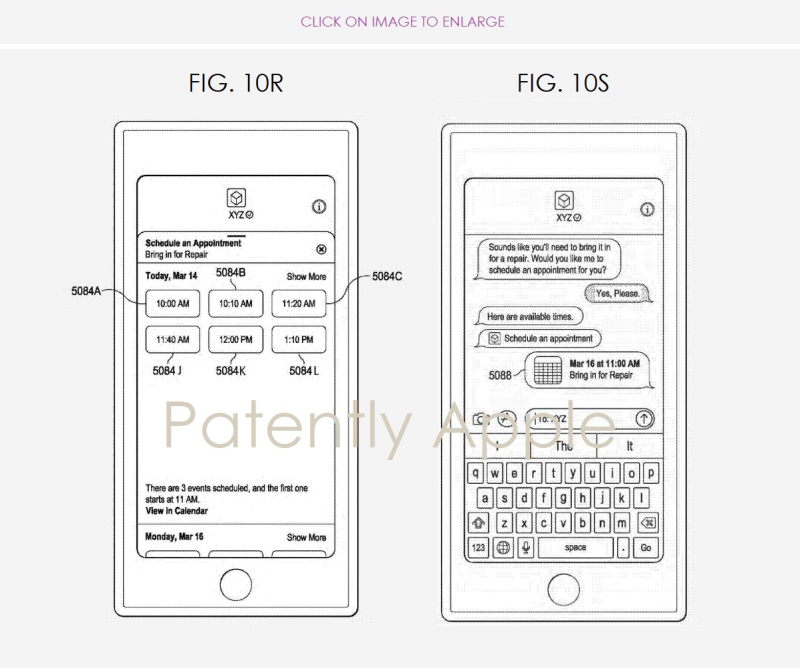 Apple's patent figures 10S and 10R are user interface examples covering a business chat setting up an appointment time for repairs between customer and repair shop.

Various embodiments may also reduce the cognitive burden on a user and produce a more efficient human-machine interface. For battery-operated computing devices, various embodiments of such methods and interfaces conserve power and increase the time between battery charges.

Similarly, certain embodiments of such methods and interfaces to conduct inquiries of businesses reduce the strain on network infrastructure over voice inquiries by reducing the bandwidth and service levels required. Additionally, certain embodiments of the methods and interfaces disclosed herein may reduce fraud and improve the security of electronic devices.

Apple calls this Business Chat and you learn more from Apple's website on this here. 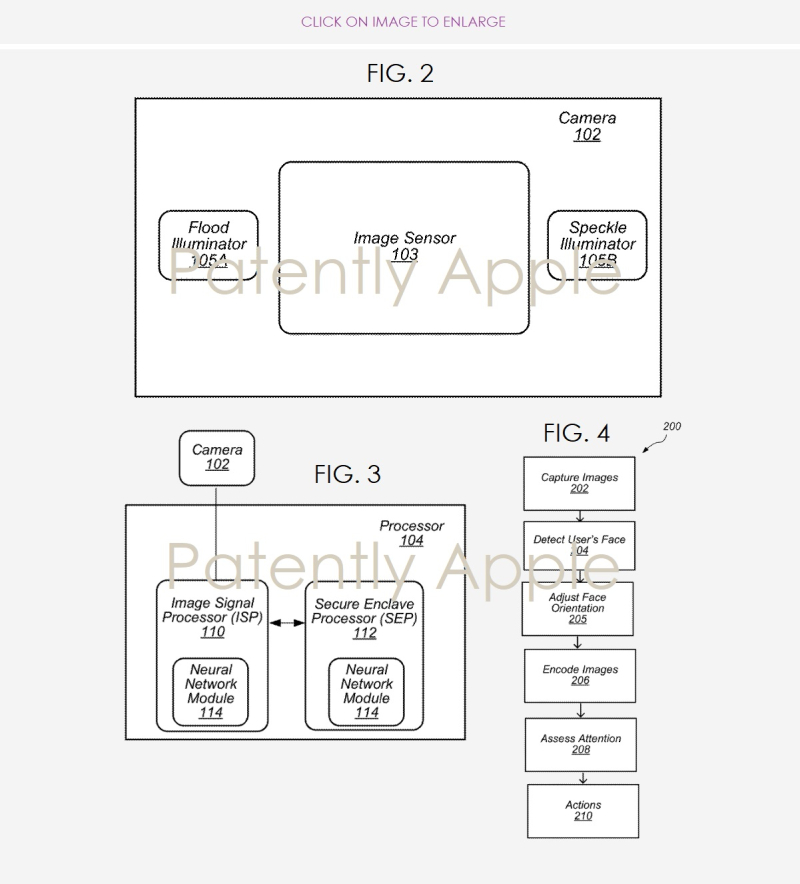 Apple further notes that determining whether a user is paying attention to a device may be used to enable or support biometric security (e.g., facial recognition) enabled features on the device. For example, a device can determine whether the user is paying attention to a device before authenticating the user or enabling access to particular data (e.g., passwords, personal data) or particular systems (e.g., payment systems) to prevent unintentional access.