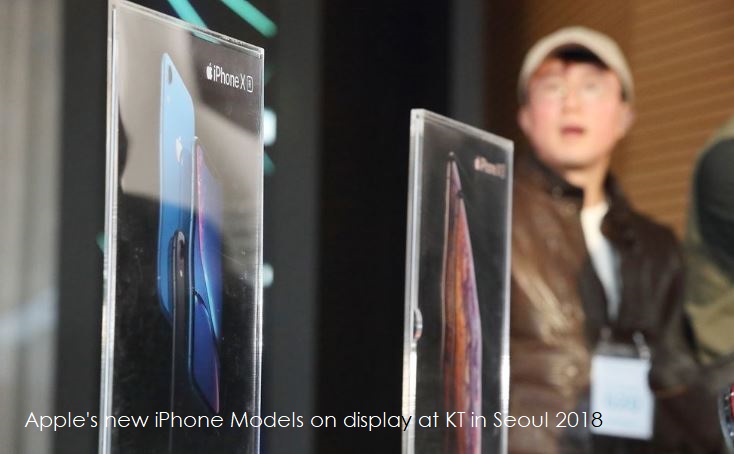 A year ago Korea's Fair Trade Commission decided to investigate Korea's wireless carrier complaints about Apple's unfair advertising policies. That was quickly followed by South Korea's anti-trust agency raiding Apple Korea's offices. At the time American political newspaper and website "The Hill" wrote that 'South Korea's anti-trust agency has exhibited alarming behaviour that threatens the viability of companies doing business in South Korea, including such major American corporations as Apple, Google, Intel, Microsoft, Oracle and Qualcomm." Earlier this month we posted another report titled "Korean Wireless Carriers and Competitors are at War with Apple for not Providing Subsidies for iPhones like Samsung does."

Today a new Korean report describes Apple facing backlash from smartphone retailers who are protesting Apple's "unfair" policies, arguing they shouldn't have to pay for iPhones used only for display and other promotional purposes and are willing to sue them to force the issue.

The Korea Mobile Distributors Association (KMDA) issued a statement Wednesday, stating that Apple's policies contrast with those of other smartphone manufacturers, which provide all smartphones needed for promotional demonstrations at stores and collect them afterward. Apple has increased the burden on retailers by pressing them to buy in-store tester iPhones.

The association said retailers had no choice but to accept this due to the popularity of iPhones.

The KMDA noted that Apple does not allow them to sell iPhones if they do not purchase demonstration devices and "We cannot hold out any longer."

The association also said retailers bear the costs needed to build shelves to display the devices, but Apple also gives them strict instructions on the location of such shelves as well as where posters should be hung.

The association said its members are now collecting information on the full extent of the damage caused by Apple's policies.

It added it will cooperate with other associations representing retail stores of SK Telecom, KT and LG Uplus to respond to the situation, adding it was considering taking joint legal action, including filing a complaint with the Fair Trade Commission (FTC) against Apple.

KMDA further noted that last year, a TV commercial for the iPhone 8 and the iPhone X was paid for by the mobile carriers, not Apple.

Korea's anti-trust regulator will make a final decision on action it will take against Apple during a meeting next month.

In the end, the world is a big place and yet South Korea is the sole country who has been waging an ongoing war against Apple over the issue of promoting Apple iPhones in retail stores.

Samsung and LG pay for promotional materials and give carriers a better deal than Apple. The spoiled carriers want the same treatment from Apple. So is Samsung pushing this war behind the scenes? Are they warning carriers that they might go the way of Apple if they don't make this an issue?

This certainly smells like a political campaign and I fully expect Korea's anti-trust agency to drop the hammer on Apple to satisfy Apple's Korean competitors and local wireless carriers. 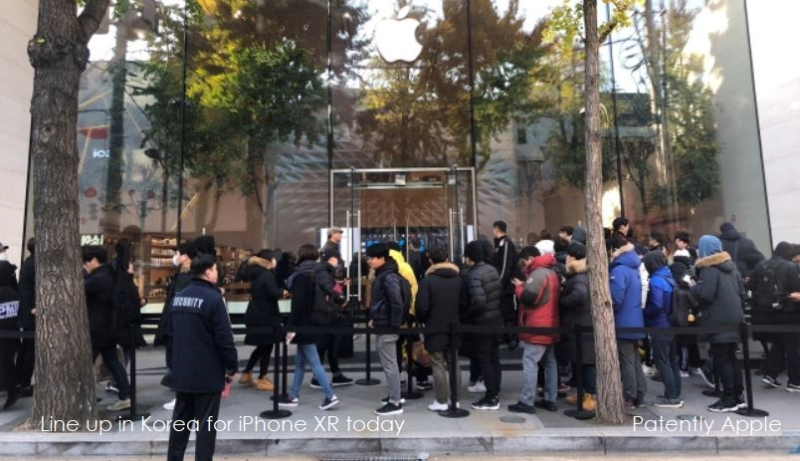 Despite local politics, real Apple fans lined-up around the block to get their hands on Apple's latest iPhones and Apple Watch 4 on November 2. That must have really gotten under the skin of Korea's wireless carriers and especially Samsung who couldn't pay to duplicate such customer loyalty.