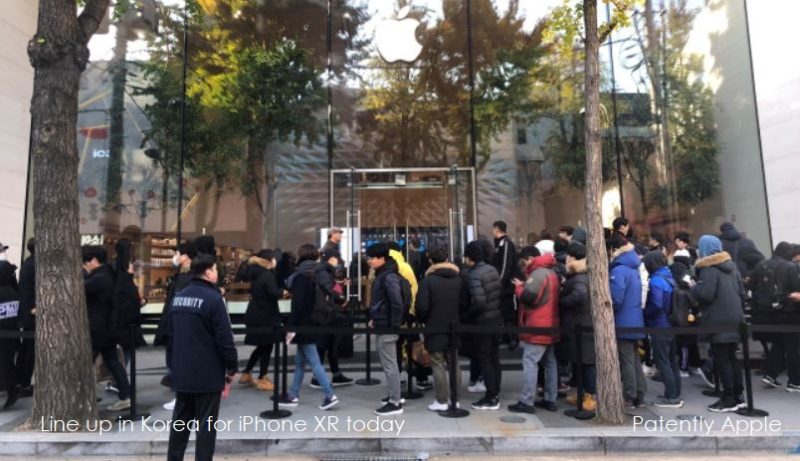 Who knew that in Samsung Country that hundreds of eager Apple fans would stand in line to be first to get their hands on the new iPhones iPhone XR, XS, XS Max and Apple Watch 4 at Apple Store in Garosu-gil, Seoul.  Some had come to queue from the night before. Even at 10 a.m., the line showed no signs of shrinking.

A YouTuber waiting in line said his eyes were on the new Apple Watch. He’d even had a new credit card issued for the purchase. He’d reached the middle of the line, having arrived at 6 a.m. The 20-year-old man who stood at the very front of the line said he’d been there since 9 p.m. the night before. The young man said that "After this I’m going to work. My colleagues don’t know I spent the night here, and if they found out I think they’d think of me as a weird person.” Yes they would and they'd report you to the Samsung Police. Okay I'm joking.

The man went on to say that he would go for the iPhone XS Max, because that’s the screen size he likes the best for watching videos. He wouldn’t necessarily go for the most memory, as 64 GB suited him well enough.

He then admitted that "I gave up on Apple in terms of (expecting an affordable) price. So I’m not surprised about Apple’s pricing." 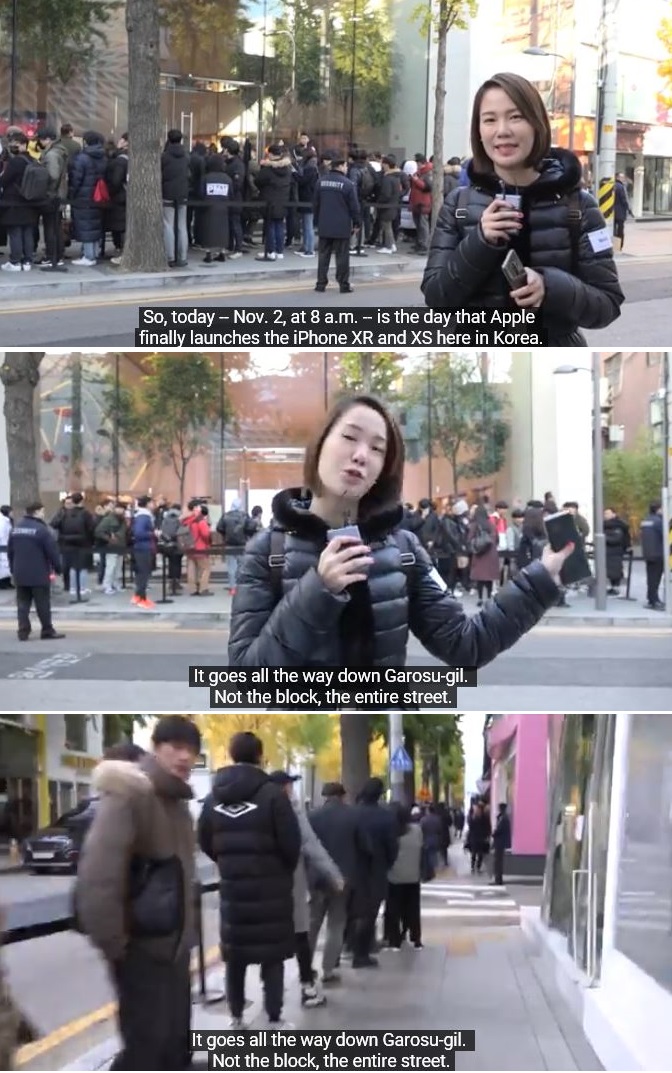 The first 11 people in line were admitted to the store at 8 a.m. sharp, after a countdown and applause from Apple employees.

The first person to make a purchase was Kim Sang-hyuk, 25 (shown below), who said he worked as a social worker. Kim had stood in line since 11:40 p.m. the night before. He said price was the least of his concerns. His pick was the most expensive of the new models: the iPhone XS Max’s 512 GB version in gold. This was Kim’s third iPhone, after the 6 Plus and 7. 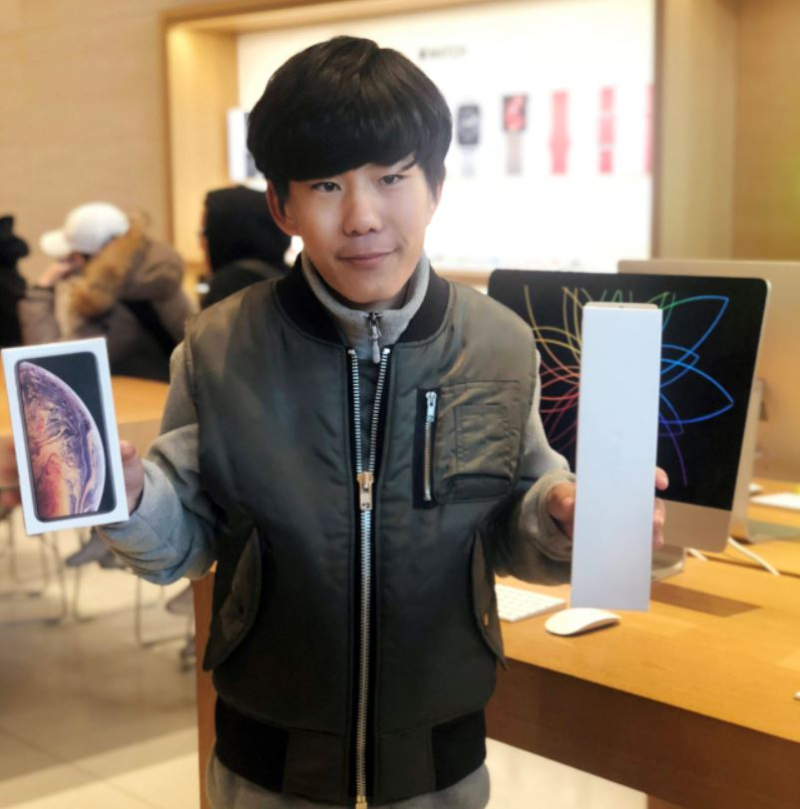 Of course not everyone was happy this morning. One angry customer said: "I’ve been in line since 11 p.m. last night, because when I called the Apple Garosugil store, I was told the Hermes edition (of the Apple Watch Series 4) would be here for sure," said a man who stood near the front of the line.

"But after waiting for hours, I was belatedly informed the Apple Store does not have the Hermes edition and that I (need to place an order) online. They didn’t offer any priority order service after all the hours I wasted on the street waiting," said the man, adding that this was extremely disappointed in Apple's customer service.