During India's Festival of Lights, a Peak Selling Period for Electronics, Authorized Apple Stores were Empty 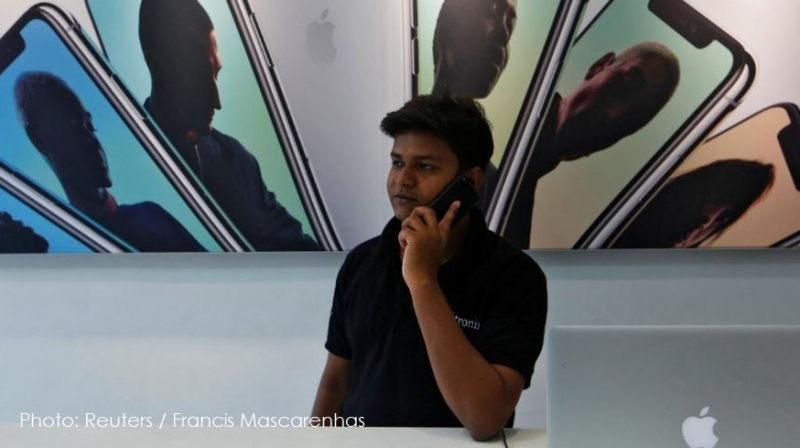 On Sunday Patently Apple posted a report titled "As the Smartphone Market is undergoing a Huge Tectonic Shift in Leadership, 2019 could be a Disruptive Year to Remember." The report pointed to how Chinese smartphone OEM's were now dominating China with one time leaders Apple and Samsung now sitting in the cellar. The report also noted how Xiaomi has now become the leader in India and will have 100 retail stores opened by the end of 2018 while Apple, according to Apple's CEO, is still negotiating with the Indian government to open their first store. It's actually embarrassing for Apple that after years of negotiating with the Indian government they have nothing to show for it. Counterpoint Research stated back in an August report that Apple had less than 1% market share in India. Today Reuters reports on how Apple is losing its grip on India.

Reuters pointed to empty Apple authorized stores. "Diwali, the Festival of Lights, is peak selling time for electronics in India, but the Apple-licensed store in one of Bengaluru’s big shopping malls was deserted this past Saturday.

Salesman Aejaz Ahmed stated that "Features of the emerging phones are very similar to an iPhone. Volumes have fallen in the past few months. It is very difficult to make out the difference from a distance because they even look so alike."

The sales staff at several stores in Bengaluru and nearby Chennai pointed to the launch this year of the latest OnePlus phone as a major problem for the U.S. phonemaker with one model at 37,999 rupees or US$526.

The result, says Neil Shah, from Counterpoint, is that Apple’s user base in India is set to decline about 10 percent to nine million users this year. That compares to an estimated 436 million Android users. Shah stated that "If your user base is declining, you are losing grip on the market. The new customer base is not coming;" A quote we highlighted in our Sunday report.

Check out the full Reuters report for more on this story.