Home Archives Contact Us Subscribe Twitter Facebook Patently Mobile
The Patent Application behind Wireless Charging for Apple Pencil 2 Surfaced in Europe this week
As the Smartphone Market is undergoing a Huge Tectonic Shift in Leadership, 2019 could be a Disruptive Year to Remember

In March 2017 Apple won a patent for sports oriented AirPods with biometrics & noise cancellation features. In June 2018 Bloomberg's contacts hinted that next-gen AirPods may have biometrics. This week new trademark filings from Hong Kong and Europe show us that Apple is updating their AirPods classifications to cover such things as new 'wellness sensors' and more. Something that wasn't present in their original trademark.

The new trademark filings in Europe and Hong Kong for AirPods greatly expand coverage for new possible features for AirPods.  The new international classes include class 10, 14 and 28 as outlined below.

In the future, next-gen AirPods may work closely with Apple Watch as adding class 14 would strongly suggest. 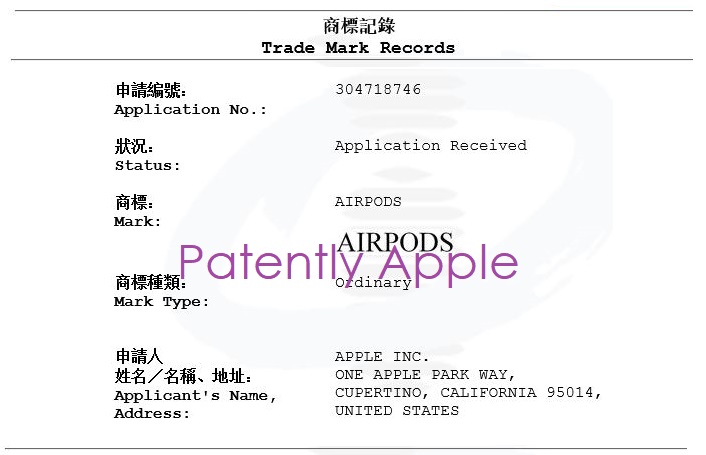 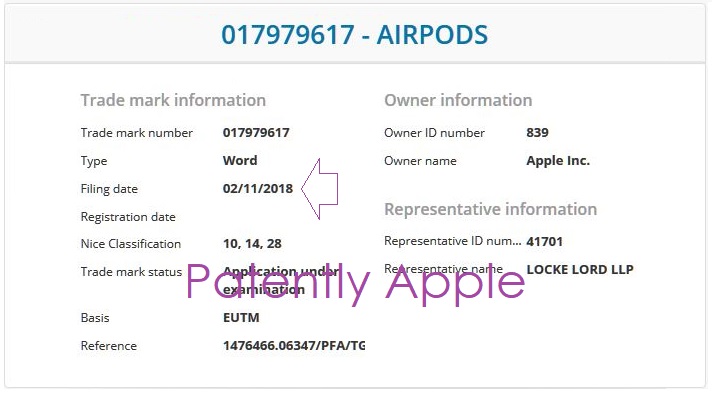